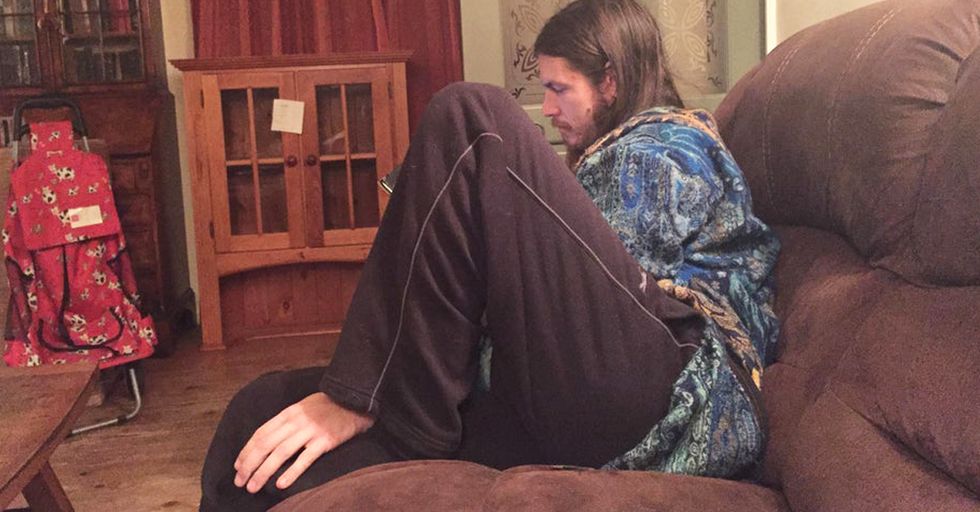 Eye-Catching Pictures With a Surprising Perspective

Now that we all have some of the most advanced cameras ever made grafted into our phones and therefore in our pocket at all times, we're taking more pictures than ever before. And with that increase in the total number of pictures comes an increase in the number of pictures containing what Bob Ross would've described as "happy accidents," the kind of pictures where everything lines up perfectly to create a different kind of image than the photographer was expecting.

And a good chunk of those bizarre "what is going on here?"-kind of photos come from confusing perspectives. Imagine someone in the background's arm lining up perfectly with a hand of someone in the foreground to make it look like that man just has an insanely large hand and you'll know what we're talking about.

We've dug around Reddit's Confusing Perspective subreddit to find the funniest and most interesting pictures with these kinds of confusing perspectives. Check them out to see if you can figure out what exactly was going on when these pictures were taken.

A young girl posing with a bag of popcorn. - shellybean23

A shot of Burning Man that looks like a solar system. - JillandherHills

Picture of a pool, under water, during rain, upside down. - bran55don

No way was this an accident, right?

If you turn the Chicago Bulls’ logo upside down, it looks like a robot f*cking a crab. - Cvoony

He'd be easy to fall in love with.

Man with curly hair about to dive into the water. - danish-pastry

They have to be stopped, before all our skies are trampled.

The runner of the skies. - runner_of_the_skies/

Could rest a cup of coffee on them shoulders.

Never wear clothes the same color as your chair on TV. - PresentlyUnDead

Ahh, the poet's soul sees things others do not...

If you can see a beach, ocean sky, rocks, and stars, then you're an artist. But it's not a painting, it's the lower part of the car gate which needs to be repaired. - @nxyxm

A three-legged dog licking his back. - Fatchine

I honestly don't know if this cat is above me, below me, or within me.

Anybody wanna tell me why my girl told me her car was dead out front a Louie's... and I spent the next 30 minutes tryna find some place called Louie's until I told her to send me a pic of the store and she sent me this? - [account deleted]

This cow has no body. - sozazac

And speaking of Harry Potter...

Have you seen the new Hogwarts portal in China? - MyNameGifOreilly

The reflection of the lamp in these sunglasses. - youngack

The sun gave your friend a mad haircut. - bluehairedchild

There's some Back to the Future-style hijinx going on here.

This cat is all-powerful, and we will all come to worship it.

Putting his hand through the cat. - JimFancyPants

What a beautiful wedding dress. - Heart-Bubbles

This kid gets it.

My son just remarked that the face was drawn pretty well, but the body was a total fail. - @TommyAndreasen

When you bury your friends in the sand, remember to help dig them out.

My cat seems to have misplaced his body somewhere. - 0MattyJ0

If you could make you collar bone look less like a knife-hand, that'd be great.

I thought she was dabbing at first but it was her collar bone. - ibutsui

I thought that lady was a Muppet. - brockomaba

Again, and I can't stress this enough, you cannot. Skip. Leg day.

Robert Downey's dog is having fun I think. - realistasucio

If that cat swallows that pole, I'm done.

Family selfie. I have no legs. - BeardoGREG

Just imagine what he'd look like if he'd taken the full blast from the shrink ray...