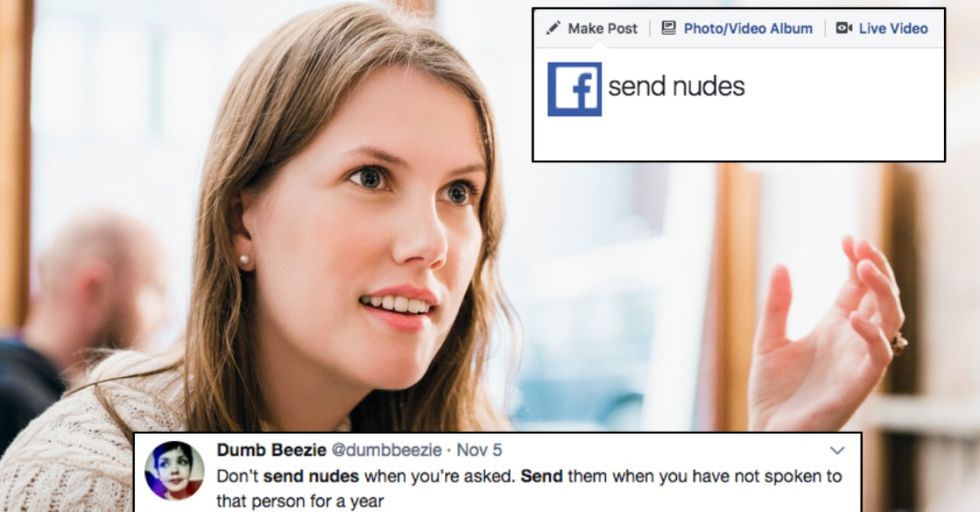 You read that correctly. They want people to upload their own nude photos to Facebook.

The program is going to be tested in Australia first, and will then be rolled out to the rest of the world in success.

Facebook says that it won't be storing a copy of the actual photo, just the hash or fingerprint.

What if they accidentally upload these photos to the wrong group message?

Or (for the love of all that's sacred) what if they accidentally post them as their status? If these photos somehow get into the wrong paws, it could lead to a much bigger issue.

There are horrible people out there who non-consensually share nude photos of their exes with the friends and families of the victims as well as the general public. They need to be stopped. Does anyone have a better strategy? Hint: it can't involve shaming people into not taking nude photos in the first place. Let us know how you feel about this in the comments.