Facts About Animal Crossing You Need to Know | 22 Words 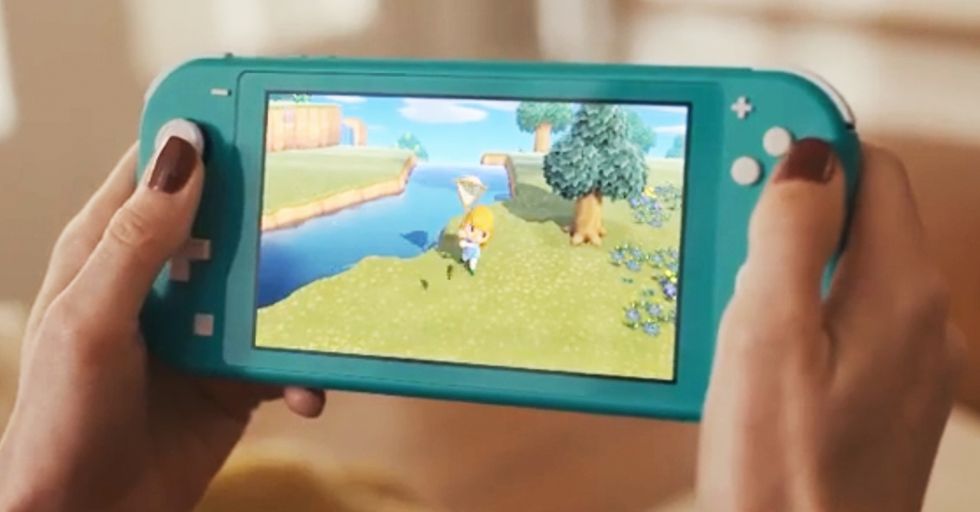 Facts About Animal Crossing You Need to Know

Many will recall Animal Crossing as the social simulation video game series that spans nearly two decades. With a brand-new game on the way, it's time to explore a few facts about Animal Crossing that every fan should know!

In the game, players take on the role of a human living in a village of anthropomorphic animals. More than anything, Animal Crossing is known for being incredibly open-ended; there are no obvious objectives. Instead, players have the run of the town and participate in activities like fishing and fossil-hunting.

While these facts will definitely be new to players just discovering the franchise, there are plenty of little-known facts for veterans, too! So whether you're a long-time player or just getting started, you'll find something surprising in this list. Check out these facts about Animal Crossing that you need to know!

There might be some confusion surrounding the anthropomorphic animal villagers: since they walk and talk like humans, do they avoid certain issues that animals encounter? Nope, not entirely. Because they can most definitely catch fleas (which you can then catch in your net to add to the ol' bug collection).

What even is Chip?

Well, he's not a beaver. Fishing Tourney host Chip is definitely designed to look like one, but beavers eat plants exclusively, and Chip has been seen gulping down fish like a champ. So to be more accurate, Chip appears to be some sort of beaver/otter hybrid instead!

The inspiration for Animal Crossing is quite surprising!

Katsuya Eguchi got the idea for Animal Crossing from his early years, when he'd just moved from Chiba Prefecture, Japan to Kyoto. Eguchi wanted Animal Crossing to feel like that: moving to a new town alone, away from friends and family, and building a life for yourself there.

It was actually for the Nintendo 64. But by the time Animal Crossing released first in Japan in 2001, the N64 was on its way out, and therefore that version of the game never got its worldwide release. Instead, the GameCube version came along!

Close encounters of the third kind!

TVs are run-of-the-mill in Animal Crossing, and they even play special broadcasts at times. In New Leaf, however, there's an extra-special broadcast: if players turn their TV on at 3:33 AM exactly, an alien broadcast will appear onscreen. For a full minute, the alien relays some unintelligible message before promptly disappearing at 3:34--with absolutely no explanation.

Not everyone in Animal Crossing is strictly an animal.

Some are...well, monsters. That's right! The shopkeeper Tom Nook is actually a tanuki, monsters from Japanese folklore fittingly known for their wealth.

And Tom Nook's status also relates back to the game's famous leaf logo!

Tanukis get their wealth a very specific way, according to folklore: by turning leaves into money, hence the game's trademark leaf logo. Who knew?

He's not the only monster.

Luna (who runs the Dream Suite) is a tapir, monsters that are said to devour dreams. So watch out the next time you go there, because apparently Luna could get hungry during your visit!

He may look like your friendly neighborhood bus driver (or motorboat driver, these days), but Kapp'n is designed to be a kappa--in myths, they're a monster that would eat humans. And you're the only human in town. Yikes!

Resetting the game is kind of horrifying.

First, there's the fact that resetting causes you to lose all of your money and items. Second, your character's face becomes a waking nightmare with black voids for eyes and a mouth. And even worse, there's no warning when the "void face" will pop up; it just does. No, thank you!

Sow the seeds of destruction.

No, really. In Animal Crossing Wild World, seeds randomly dropped trees and buildings into the map, and players found a glitch that allowed them to get their own seeds and mess with the map big time. That resulted in players visiting other peoples' towns and destroying them with seeds, which isn't very neighborly at all!

One Animal Crossing character is so mean he makes kids cry.

Mr. Resetti is the mole designed to let players know they've forgotten to save their game--by getting progressively angrier at them! And while this didn't negatively affect older Animal Crossing players, the younger ones were "disturbed" by Mr. Resetti and his anger issues. Developers even heard that he made children cry!

The weird history of gyroids.

Remember gyroids--those fire-hydrant-looking things outside the player character's house? They're where players can save the game, but that's not their role in real-world history: in reality, Haniwa (which gyroids are based on) are clay figures used in Japanese funerals much like headstones, and they were said to contain the soul of the deceased inside of them. So, think about that next time you save!

Animal Crossing has its dark moments.

It's a pretty light game overall since it's made for kids, but the little moments reveal a subtle darker side to Animal Crossing. For example, talking with the Able sisters (and Sable, specifically) will reveal that their parents died in a car crash and Sable was responsible for raising her two sisters.

It's the curse of the Pharaoh.

Animal Crossing has lots of different outfits and accessories to wear in-game, but one of them is seriously bad luck. The King Tut Mask will cause players to trip, drop floating items, and get attacked by bugs more frequently. So, maybe it's best to let the famous Egyptian pharaoh keep his jewelry!

The legend of Brutus:

Way back in 2002, when Animal Crossing was first released, a rumor went around about a purple bulldog named Brutus who caused glitches in the game. He'd move into a town, sending the player messages in binary, and entering his house would cause the game to crash altogether. Upon restarting, he and his house would be gone without a trace. Though never confirmed as real, Nintendo France did end up naming another bulldog character after him!

Pascal the otter is known as the town hippie, always calling everyone "Maaan," and having a generally laid-back demeanor. However, there are hints he wasn't always that way; some villagers claim that Pascal had a sports injury as a kid that caused him to act like this. So...he got a hippie attitude knocked into his head?

Players can buy paintings as decorations in-game, and all of them are actual, real paintings. One of them is A Bar At The Folies-Bergère by Manet, and while it's easy to assume the lady depicted is a bartender, the popular belief held by most art historians is that she's actually an escort.

Jack the Halloween Czar isn't an animal, but his face has never been seen either: he hides it underneath a Jack-o-lantern. That suggests something chilling: that Animal Crossing's Jack may actually be a version of the Jack from Irish legends, who tricked the devil and was therefore cursed to wander the earth forever. Is this that same Jack?

Nintendo says what we're all thinking about salespeople using Lyle the aggressive insurance salesman. The otter will actually wait outside player's houses, follow them around, and continually harangue them until they buy an insurance policy from him. Oh, yeah--his insurance policy is also a total scam, so watch out!

Who knew Thanksgiving in Animal Crossing was so underhanded?

Franklin the Turkey appears in-game every Thanksgiving, but he's always hiding and cowering behind objects. When asked about it, he says that the Mayor invited him to town under false pretenses...which implies that he came to be "pardoned" and the mayor plans to eat him instead. Dark.

Cute village simulator? No. Originally, Animal Crossing was conceived as a story-driven RPG in which humans trying to survive would need to find and recruit animals for combat.

Some characters switched genders between the Japanese and American versions.

Gracie the Giraffe is in the American version of the game, but in the Japanese version, she is actually a he. He was a male giraffe named Grace, but due to cultural sensibilities, he became Gracie the female giraffe in order to avoid being seen as a gay stereotype.

There's a lot of meaning to the title "New Leaf."

Animal Crossing: New Leaf carries that title for a number of reasons. The obvious one would be the fact that players take on the role of the mayor at the game's beginning, but there's more than that. Many characters returning in New Leaf are actually "turning over a new leaf," as the phrase goes, taking on new roles or reappearing after a long absence in the series.

Here's a creepy detail: if you start a new game of New Leaf on April Fool's Day, Blanca appears on the train instead of Rover. Yikes.

Plans for a gold rush didn't "pan" out.

One planned feature for New Leaf was a mechanic that would let players pan for gold. Unfortunately, the gold rush feature ended up being cut from the game.

K.K. Slider is a big presence in pretty much every game, but he's actually more than that: the character was based on Animal Crossing's composer, Kazumi Totaka. In the Japanese version of the game, K.K. is named Totakeke instead, which pays homage to Totaka.

Animal Crossing resets every day at 6 am, and if you're out and about at that time, your character is literally teleported back home for the day to begin.

There was an Animal Crossing movie.

Because it was only ever released in Japan in 2006, you might assume it wasn't successful--but actually, the Animal Crossing movie was extremely successful! It can be found on YouTube, so long as you're good with subtitles.

Sure, Animal Crossing is popular, but did you know how popular? Well, to date, it has sold over 30 million copies worldwide--which is pretty incredible. Share these fun Animal Crossing facts with other fans of the franchise!