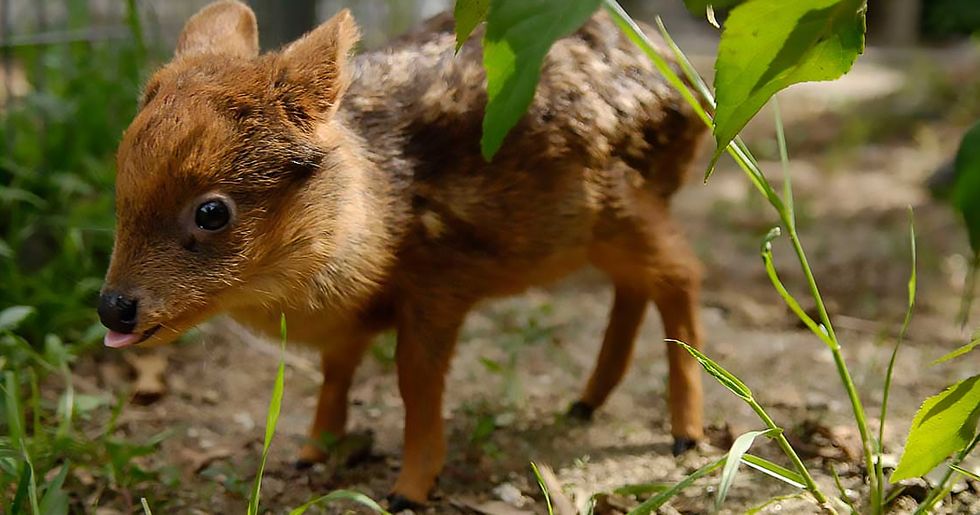 Amazing Facts About Animals You'll Wish You Had Always Known

Who doesn't love learning more about animals? They're the best, and everything about them is entirely fascinating--there's always some new amazing animal fact that'll surprise you.

Did you think you knew everything about the common pets: cats and dogs? Because this list has a couple of little-known facts about them that'll help you get even closer to your beloved pet. Even goldfish have a few secrets that, if you learn them, will help you give your fish a better life.

And then there's the wild animals of the world; big cats, animals of the African savannah, insects, and marsupials. Whatever type of animal is your personal favorite, you're going to find out something valuable on this list. So check out these amazing animal facts and see what you learn!

When a hedgehog encounters a new smell, it will bite and lick the source of the smell to form a white foam in its mouth with the smell and then proceeds to smear it on its quills, this behavior is called self anointing. No one is really sure why they do it though, some people say that it’s to make their quills more irritating to the touch and others say it’s to hide their own smell. -_will_o_wisp

But they're also great to have around!

Hedgehogs are known as "the gardener's friend."

This is because they will eat slugs, beetles, caterpillars, etc., and do no harm - only good.

Goldfish should NOT be kept in little bowls. They produce a huge amount of waste for their size and so they need a very powerful filtration system. Pet shop workers will tell you they grow to fit the size of their tank. This is not true - if the tank isn't big enough for them, they die young. -MerylSquirrel

Because goldfish actually have a LONG lifespan...if you care for them.

With enough space and decent filtration, a goldfish can live for decades. All the rubbish you hear in some pet shops is just because they know they'll sell a lot less fish if you actually knew what it takes to look after them. -MerylSquirrel

Same goes for betta fish, too.

To add to this, betta fish don't belong in bowls ether! There's a horrible misconception that they get stressed out by large tanks, but they only get stress when they're super exposed. They are more than happy a large tank so long as there's plenty of hiding spaces and plants!

And they've got a natural habitat.

Also, they do not live in puddles in the wild! They are native to Vietnam, where they live in very very long, but shallow rice paddies. Speaking of their native habitat, they come from warm waters, so they need a tank that is around 80°F. Bettas need 5-gallon tanks, heated and filtered.

Jesus, thank you. This is one of the biggest misconceptions on the planet. I hate how this has become mainstream. I see billboards with goldfish in bowls.

You can keep a Doberman in a closet if you want to, doesn't mean you should.

Imagine being in danger just to drink some water!

Giraffes have a special place where the blood can pool in their neck so that leaning down and drinking water does not make them lose consciousness from all that neck blood.

Despite this amazing thing, drinking is still very awkward for the giraffe and leaves them very vulnerable, so it’s still quite dangerous.

Corvids are actually SO smart.

Pigeons, crows, and ravens can recognize humans and remember faces.

They also have been observed holding a grudge against humans that were mean to them.

And crows will totally spill the tea later on.

Crows can even tell their offspring specifically about details about people they have a grudge on or find dangerous. There was a huge experiment/documentation about this. -NathCim

That rabbits can scream, but they only do it when they feel they are going to die. -WilfyFrodo

Humans aren't the only species with BFFs.

Cows have best friends and panic when separated from them. -mo95z No! Don't give the cows anxiety! I already thought they were cute but now they just got even cuter.

It's so cool how animals adapt to survive.

There’s a desert beetle that’s body naturally pulls water from air and stores it in its shell. -kcf29

Jaguars can be downright creepy.

When jaguars pick a victim they can stalk them for days, weeks even; this includes humans. -BigBadKYDO Okay, so, this is one of those animals that you can think looks cute, but just...think that from afar.

Once koalas learn how to commit fraud, it's over for us humans.

The fingerprints of a koala are so indistinguishable from humans that they have on occasion been confused at a crime scene.

Waiting for an evil Koala as a Disney movie villain. Also, if anyone from Disney is reading this and goes ahead with this, I will take 5% of total sales as commission, thanks.

Of all the wild animals to fear, opossums aren't one of them!

It's is very rare for an opossum to have rabies due to their body heat. They are also integral to maintaining the tick population. Opossums are friends, not foes! -badgerferretweasle

Opossums aren't gonna hurt anything but the pests in your yard.

Also, their bite force is pretty weak as they usually eat just insects and stuff. And they bluff a lot they act like they are gonna snap and bite but most times you could legit put your hand in their mouth and they'd continue to bluff but not bite you. Don't do this, though, because you never know the individual animal. Just know they aren't likely to bite. -EpkurnisKurin

Build trust with your cat!

If you blink slowly at a cat, you're showing that you pose no threat and that it can trust you. -ConfusedShibaInu *Immediately runs to blink at every cat I can find*

So basically, never try and outrun these animals.

A bear can outrun a horse. And if you see a mountain lion, it has already decided not to eat you.

If you're camping and you hear an animal moving around, it's probably a skunk or a beaver or a porcupine. Bears, moose, and other large animals are surprisingly sneaky. -viciouslitany

Turns out, you're more likely to fight a raccoon than a bear.

Let me tell ya after living in the Blue Ridge mountains in eastern NC for a few years, bears are not only eerily fast and surprisingly quiet but on average less aggressive than the average raccoon and much prefer the "booking it" method of confrontation. They only get bold if they're getting fed. -hannibalstarship

The buckspoor spider in the Namib desert preys on ants by hiding in the sand and grasping one limb of a passing ant. It pins the ant to the hot desert sand until it cooks to death. -AnusEinstein

Dogs deserve all the pets...on their own time.

Just because the owner says it's ok to be pet the dog doesn't mean the dog feels like being petted at that moment. You should always "ask" the dog first by putting your hand out for them to sniff it. Sometimes however the dog will look at you like you're an idiot, in this case just go ahead and pet the dog, lol -harmony-rose

Duckbill Platypuses lactate as well as having the ability to lay eggs. This means they are the ultimate omelet makers. -granny-smasher

Ever heard of the Okapi?

Okapis are rare and reclusive in the wild so for a long time were thought to be mythical creatures like unicorns or dragons because they were almost never seen. They appear frequently in the logos of old mythical creature organizations.

Whether you hate them or love them, here are some tips for dealing with snakes:

Snakes don’t hear but feel vibration instead. If trying to warn a snake of your presence you should stomp your feet, instead of speaking like you would around a mammal in the wild.

Snakes also don’t have eyelids as we do so it can be very hard to tell if they are asleep. It is better to interact with a snake using a strike guard (even with friendly pet snakes) to avoid startling a sleeping snake and getting bitten.

Hyenas are a strange breed.

Hyena females have non-functional male genitalia. I honestly don’t know if people know why... female hyenas are also larger and bolder as adults so it’s not super hard to determine gender.

They also have some of the strongest jaws and teeth in animals which can make nursing pups very difficult.

Lemurs spy with their little eyes...

All primates except lemurs have specialized eyeballs made for recognizing the shape of a snake almost instantaneously. Lemurs lack this specialization because there are no native snakes in Madagascar. -Di3lsAld3r

I heard once biologists believed giraffes couldn't make a sound at all for a long time.

Eventually, they were found to be able to make some sounds, but their vocal cords are so weak it's just about impossible to hear it unless you get lucky.

Oh, you thought only snakes hissed?

Had to restrain deer for a field study of deer populations, have no history with hunting and was not prepared to be hissed at. Was creepy.

A cat's purring is actually therapeutic for humans. It can even help lower the chances of a heart attack. -phasers_to_stun

...I prefer purring to roaring.

Cat's purring is achieved by the same bone (sic!) that a lion (or other Pantherinae) uses for roaring. -_szs

Which came first: the shark or the tree?

Sharks have been around since before trees (450 million years vs 385 million years). -crocoraptor Surprise! This one isn't actually a riddle--sharks win.

Horse and goat pupils, those weird rectangle-shaped ones, are rectangular rather than circular to give the prey animal a panoramic view of their surroundings, and their eyeballs rotate so when they put their head down to graze, their pupils are still parallel to the horizon. -r4ttiie

We'll leave you with this: animals are smarter than you think!

The most recent cognitive science studies of animals keep showing that they are much more intelligent than originally believed. Even orders always thought to be very simple due to their brain sizes, such as birds and reptiles, have been shown to have a much more complex understanding of themselves and their place in the world than was traditionally thought with earlier scientific assumptions. -GaySasquatch