Facts That May One Day Save Your Life | 22 Words 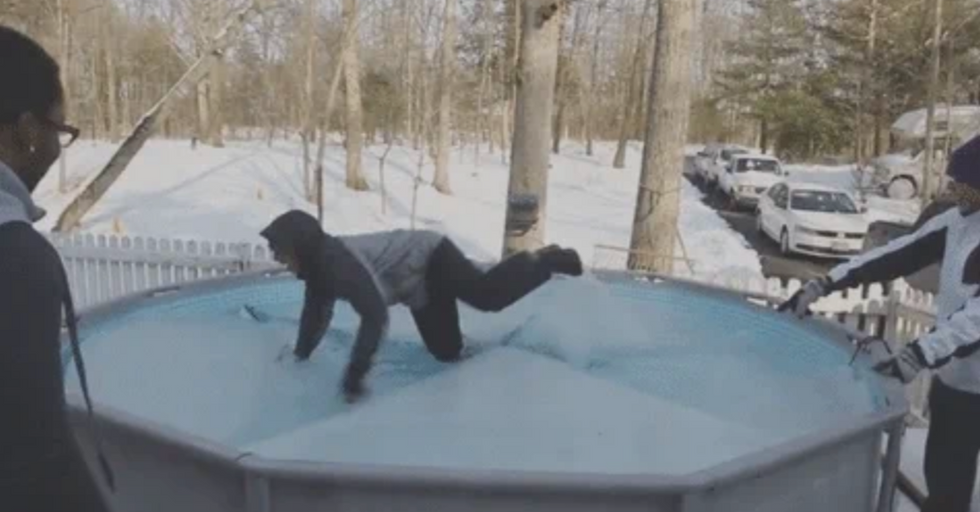 Facts That May One Day Save Your Life

If you've ever read the book Hatchet, you know we're all just one airplane crash over Alaska from being stuck alone out in the wilderness with nothing but a hatchet and our will to live. (Of course, since we all had to read Hatchet in elementary school, we also have all the knowledge we gain ed from reading Hatchet, so we're already ahead of the kid from the book.)

And because you just never know when your plane might crash over Alaska, we've collected a number of facts that it might be good to have in the back of your brain. The internet took to an Ask Reddit thread to fill everyone else in on the facts they know that could very well save your life one day. Check them out, internalize them all, and rest easy knowing that you're now much more likely to survive than you were before.

If you've gone two and a half or more days without water, and you have to choose between drinking water without any way to sanitize it or not drinking water, drink the water. If you don't, you'll definitely die soon. Most of the diseases you can get from bad water take a couple days to set in, which gives you more time to find help. - _Yeethaw_

I keep running into mountain lions, usually at the grocery store, and it's always so awkward.

If you encounter a mountain lion, DO NOT turn your back on it. Walk backwards. Cats are ambush predators. They don't want to fight you head-on and will wait for you to turn around to attack. - PineMarte

The order of operations is as such.

3 minutes without air. 3 days without water. 3 weeks without food. - porkscrapple

It's now a part of you. Forever.

If you’ve been stabbed and the weapon is left in your body, do not remove it. - canijustbelancelot

Also, good way to keep your roommate from peekin' in, bein' all weird.

Close your bedroom door at night. The amount of damage done to a room with a closed door by a fire is significantly less than one with an open door... you may have a chance to escape. - ACorania

Also, just don't go out on the ice in the first place.

If a friend of yours has fallen through ice into a frozen body of water and you would like to save them, lie down on the ice and crawl out to them, DO NOT walk out to them standing up. This maximizes your surface area and lessens the likelihood that you will fall through the ice as well. - PhannyPaqued

FAST. Face, arms, speech, time. It's a way to spot a stroke. Face: If you've got an uneven smile or a part of your face is drooping. Arms: if you raise your arms and one of them slumps or cant be raised as high. Speech: slurred or unintelligible speech Time: is of the essence. Call 911 immediately. - PhreedomPhighter

This advice can be ignored if you're very confident you can take 'em.

If you're at a bar or club and some jerk antagonizes you, don't let your ego get involved. I've seen so many people get hurt when they could just walk away. Funny thing is, most people think fighting back will defend their pride but to me and a lot of other people you just look insecure. Be the cool guy who just laughs it off. - Odvalle

Gurl, you don't need a man to give you the Heimlich.

You CAN do the Heimlich maneuver on yourself. Seriously, think about how often you eat or snack when you're by yourself. Even if someone is in another room, if you're choking you cannot talk or scream. - whenicamedown

I keep running into gorillas, especially at the coffee shop, and it's always uncomfortable (we both dated the same mountain lion).

If you ever come into contact with a gorilla (especially a male), stay low and quiet, and no sudden moves. Don't look them in the eyes either. They take loud noises and movement as a challenge and they'll crush you like a soda can. - Klaudiapotter

It'll also be easy to scream because of how terrified you will be.

If you happen to someday find yourself on a sinking boat, and it goes underwater and you're somehow able to get free, beware. Once the air neutralizes, if you're far down enough, water pressure will kill you, and collapse your lungs. To avoid this, scream all the way to the top. No joke. While you swim up, scream. It'll keep the pressure from killing you. - _Fengo

In an emergency situation if you need help for yourself or someone else, don’t just yell “HELP" or “CALL 911". Use specifics, instead say something like “You in the blue shirt, help." Unless called out personally people have a tendency to walk on by, assuming someone else will help. Using a personal detail gets them involved. - BayGullGuy

If you ever find yourself caught in a riptide, swim PARALLEL to the shoreline until you get out of the riptide. Swimming directly back to the shore while caught in one won't get you anywhere and it'll only exhaust you, making it extremely dangerous to do so. - TakeAHintDontRain

Keep in mind, it will be hard to let those chips go.

Chips can be used as a fire starter. I imagine pretty much any snack food that is starch based would work. Personally I find Doritos to work quite well. So next time you're lost in the woods, stop at the next vending machine you see and it might just save your life! - ATLL2112

The one advantage I have over guys who are 6'0.

If your hair on your arm or on your head is standing up on one end during a thunderstorm, lightning is about to strike you. If there is not a building or a car nearby, crouch down immediately. This forces lightning to find the next shortest distance possible it can strike, since lighting strikes the tallest thing in it’s area. - bbrocuber

How to lose a tail.

If you suspect someone is following you while driving, especially if you’re in a bigger city area, take four left turns in a row. If they’re still behind you after that, they’re following you and you should call 911. You can also always just drive to a police station if you suspect you’re being followed, if you’re truly scared and not purposely trying to fuck with the cops they won’t care if you show up on a false alarm. - CatherineConstance

Just hang out for a minute in your newly-destroyed home.

If you're ever indoors during an earthquake, DO NOT go outside the moment the shaking stops, as that's actually the period when facades tend to come down and you may get crushed. - metaesthetique

Remember which direction will lead you home.

The sun rises in the east and sets in the west. - CMShortboy

Some people can do two pull-ups, and those people are what we call "gods."

If you can’t do a pull-up, you can’t pull yourself up onto a ledge. Make sure you can do at least one pull-up. - im_confused-_-

“A falling knife has no handle." - strawberry

Another tip: do not go outside where there is snow.

If you're ever caught in an avalanche and you wake up, spit to know in which direction is the ground so you can try to dig on the opposite way to get out. - Tarantulla5656

First, throw him your pic-a-nic basket.

Not a great experience.

A weird one, but if you are ever in Africa on safari and you smell a weird musky odor similar to a horse smell, run. That's probably a bull elephant who's about to attack. - hellgal

Simple to read, not so simple to do while you fall.

If you are falling/have to jump from a high distance (more than 10 feet), keep your feet and knees together, elbows in, chin tight to your chest, and try to roll it out on your side by hitting your feet, side of your calf, side of your thigh, butt, and the side of your upper back. - remix8532

Be nice to snakes and they'll be nice to you.

Red on black, friend to jack. This snake isn't venomous. Red on yellow can kill a fellow. This snake can kill you with deadly venom. - LitheoTheDerg

We should all do this, just in case.

Australian here: check your shoes for spiders before you put them on. - wolverine-claws

Always own at least one plate.

My mom was a scientist at a cancer research center awhile ago and she taught me that most plastic containers aren't microwave-safe and have the potential to leak chemicals into your food if microwaved and can cause cancer. - annonymous360

Maybe have this bookmarked before you get on the plane.

There is a YouTube video with tips for if your parachute doesn't work, and it's very loud, has captions, and is very fast-paced. Just in case you're skydiving and need tips fast. - kwinConflo