Facts So Misunderstood They Have To Be Cleared Up | 22 Words 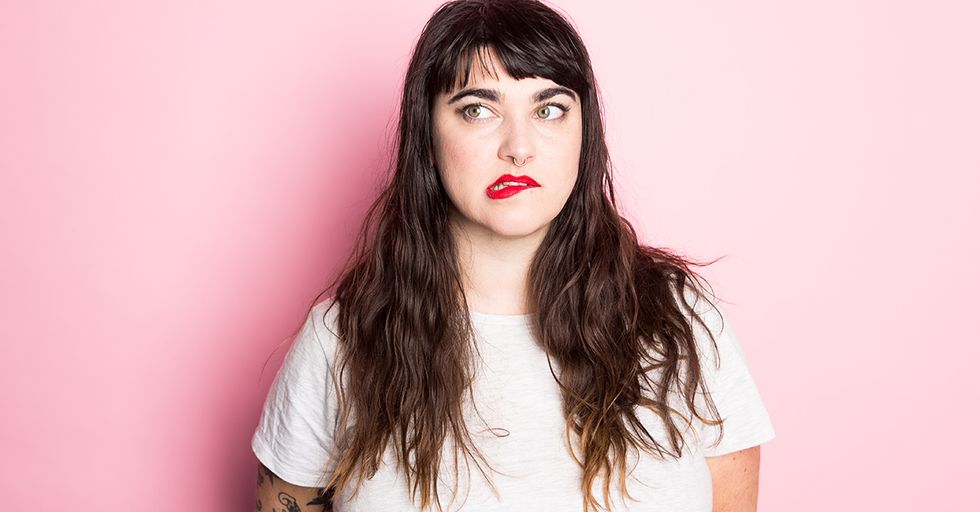 Facts So Misunderstood They Have To Be Cleared Up

All too often, bad ideas can be like a virus — one person gets something wrong, and they spread it to others. There are so many pieces of common knowledge that are just absolutely, certainly incorrect, and yet, these misunderstood facts are parroted around like they were the gospel truth.

That's why, today, we're going to take the time to set things right. These misunderstood facts will be misunderstood no more. A recent AskReddit thread popped up that asked the internet which facts the internet knows are oftentimes as wrong as wrong can be, and if they could please, finally, for the love of God, set the record straight.

And as it so often does, the internet provided answers. Check out these ostensible experts relaying the facts they know are misunderstood, and their explanations as to what's really going on. You're about to become an expert in a number of areas, but promise you won't use this knowledge for evil. (In this case, beginning any statement with the phrase "well actually" would count as evil.)

Maybe you don't like the way they hand you the box of tissues. Give 'em the boot.

Therapy is great, but it can take a while to find the right one. If one of them just rubs you the wrong way, don't feel like you have to stick around and find another. - the_vent

So I've been shaving my chest trying to look manly for nothing?

Shaving doesn't make hair grow in thicker. It shears off the hair shaft, making it more noticeable than a tapered, natural hair. - crappyroads

Yes, you can have friends who identify as Slytherins.

You can like a fictional character and not condone their actions. They may be a piece of garbage, but it does not mean I will not wave my happy flag whenever they appear on screen. Morality in fiction is very different of morality in real life.

Pithy one-liners must help with the pain.

Despite what you see in movies and TV, punching someone in the head, unless you REALLY know what you are doing, can be much worse for the puncher than the person being punched. Think of the size of the skull vs the size of the bones in your fingers. I had a friend, an amateur boxer (did competition) win a bar fight with one hook punch. However, even him, trained, broke multiple bones in his hand on the punch. - 03throwaway03

I am 60 percent likely to be blown away.

Genetic tests that tell you your family is Swedish or Ghanian or Japanese or Ecuadorian are not based on some magical code which is locked in stone for each country. They are based on a database of genetic markers that are common to the geographical area in question. How that database is compiled and who provides their genetic material is relatively subjective based on the company collecting and using the data. So the results may be skewed...don't necessarily take it as gospel. - TODDFATH3R

Just check the box, y'all.

Organ transplantation can only occur in very specific ways: you have to suffer a devastating brain injury in a way that you don't die right away but are hooked up to life support machines. Only then, when the medical team treating you sees that your brain is not going to recover ("brain dead"), is the permission given to discuss donation with your family...which in the end really approves the recovery. So people who don't want to put "organ donor" in their ID for fears that "doctors won't try to save me" — stop it. - PhillipLlerenas

It's not like mother birds are Slytherins whose kids are marrying Muggle-borns.

A mother bird will not reject its babies or eggs if you touch them. - butterflywolves

TV and movies would have some believing that rendering a person unconscious isn't a big deal as "heroes" peacefully disable the baddies. No, you've created potential brain trauma that not only put that person's life in jeopardy but will likely have lifelong side effects. - gorgonheap

"But how can you sue for ordering hot coffee??"

Stella Liebeck didn't frivolously sue McDonald's just for hot coffee. The coffee caused 3rd-degree burns. She originally just asked for McDonald's to cover medical expenses and lost wages. The $3 million settlement was the revenue of two days of coffee sales for McDonald's, and a judge cut it down significantly later on. - L00katTheAww And an informative follow-up comment: McDonald's did a REALLY good job making it seem like the suit was frivolous ("how petty does someone have to be to sue because coffee is hot?!?") and dragging her name through the mud. In reality, her coffee was absolutely too hot for human consumption. It was common practice for McDonald's to heat their coffee WAY hotter than is safe for consumption so they could sell it for longer without making a fresh pot. - kpmelomane21

Of course you could care less. You clearly care a lot.

It's "couldn't care less". COULD NOT CARE LESS. - mehcsre

They're just mad because in their day, they had to look stuff up in books.

Wikipedia is a credible source, most of the time. When it's not you can tell because it won't have sources listed. Teachers these days really hate on Wikipedia but it's a useful site for quick information. - ProfessorWerid

Ohh, so that's why Jedi can deflect them with lightsabers.

Blasters in the Star wars universe do not fire lasers. They fire chunks of super-heated plasma, it just glows making it look like a laser but moves at the speed of a projectile rather than a laser beam. - soljakid

The apostrophe goes in front of a truncated decade or year, like '90s or '56, not 90's. You use the apostrophe the same way as always by replacing the digits you don't need with it. - fuckgoldsendbitcoin

"Oh my gosh, I'm so OCD about keeping my car clean lol"

OCD is obsessively and compulsively doing and obsessing over something. Don’t say you're OCD because you're the tiniest bit of a neat freak. In fact, I’m the opposite of a neat freak. Cleaning means coming in contact with germs, so I’m less likely to clean. - indyalt91

Evolution is not that humans came from monkeys or gorillas, evolution is that millions of years ago we came form a common ancestor. - Pinanims

Finally, evidence that Santa too is real...

I wish Slytherins never got their letters.

In Harry Potter, you don’t get your Hogwarts letter on your eleventh birthday. It just so happens that Harry first opens his letter on his birthday, but all of the other kids get them around mid- July. In the first book/ movie it is sent a couple weeks before his birthday, but the Dursleys won’t let him open it, so it's not even a book vs movie thing. I know it's not a big deal, but it just drives me crazy when people say how devastated they were when they didn’t get a Hogwarts letter on their birthday (unless their birthday is in mid-July)! - womperwomper

Also, the football games have been boring the last few years.

You're tired after Thanksgiving because of the tRyPtOpHaN iN tHe TuRkEyY. Turkey is a slice of pretty regularly-consumed meat. How many times have you been uncharacteristically tired after eating a turkey sandwich for lunch? It's not like this is the only time you're eating turkey, and lots of other foods have tryptophan. You're tired because you had a huge meal, often with wine or some other alcoholic beverage. You traveled, or you have been cooking and cleaning like a banshee to prepare for 15 people to come over, you're tired after arguing politics at the dinner table with all of your awful relatives. It's a very exhausting holiday. - spaghatta111

"Hey, can you just do some massage work for me for free?"

Just because someone became a massage therapist/ masseuse does not mean they want to touch people all the time. - Nenavar

The first step of any criminal conspiracy is to be boring as hell.

Most people's lives are not important enough to spy on. Nobody is listening to your nasally voice through your phone's mic. Nobody is watching you stare into the void for hours on end through your turned-off webcam. Just because it's theoretically possible doesn't give anyone a motive to do it. - LukeTheGeek

Oh? Then I'm returning this insane dress to Macy's.

The clothing that you see worn at fashion shows usually is not meant to be worn normally. Instead, it’s more like a wearable art piece that is just meant for shows. - iamyourgandhi

Suppressors on guns (sometimes called "silencers") don't actually make the gun much quieter and certainly don't make it go pew pew like in the movies. They are a safety device intended to reduce damage to your hearing, and barely bring it under a deafening volume. It's not remotely stealthy and if you fire a weapon with a suppressor on it everyone around you is still going to know. - Taylor7500

Being nice isn't a personality, it's the bare minimum. - Salt442

Thankfully, they still blend in at Bright Eyes concerts.

Chameleons turn colors based on their moods, NOT to blend in. - saltinstiens_monster

"Can't they just pour the pills in a bottle so I can get out of here?"

Your prescription takes a long time to get filled because pharmacists are dealing with the real enemy, your insurance company. They are not just blowing you off. - tastefulstuff

Skip this next one if you're from Minnesota.

VIKINGS NEVER HAD HORNS ON THEIR HELMETS! - Square_stingray

Now this REALLY begs the question...

The phrase “begs the question" does not mean “leads you to wonder" but rather “a question that uses circular reasoning." - CrypticCadet

I blame astronauts for this misconception.

Lightyears are a measurement for distance not for time. - davidschoenherr

It's time we reboot Harry Potter (without Slytherins).

For God's sake, can people please stop misusing the word "reboot"? Girl Meets World was NOT a reboot of Boy Meets World. The Connors is NOT a reboot of Roseanne. This new Lizzie McGuire show on Disney+ is also NOT a reboot. These are revivals. Examples of reboots are Battlestar Galactica, the 2004 series was a reboot of the one from the seventies. The current Duck Tales is a reboot of the '80s version. The show Lois and Clark from the nineties could be seen as a reboot of the '50s Adventures of Superman. A reboot is defined as a work starting from scratch, with the same basic foundation. If you're continuing what came before, it's not a reboot, it's a sequel or a revival. - redwolfben