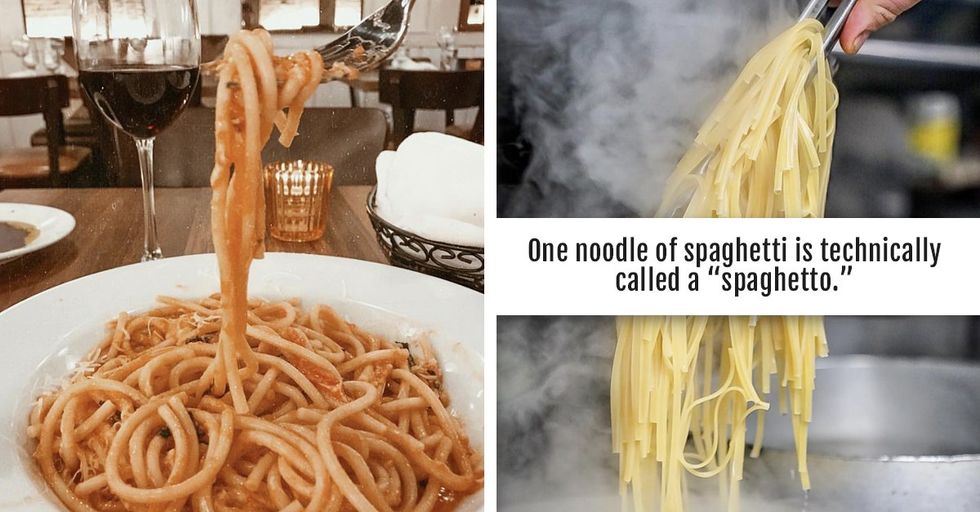 There’s an old saying that truth is stranger than fiction, which means essentially that there is some stuff going on in this universe that is simply too unthinkably bizarre to be made up by even the most creative of humans. Some of these truths are pleasantly surprising, some are horrifying, some are absurdly hilarious, and some just make you say, “Oh, I guess that makes sense.”

In this world, knowledge is power — even if that knowledge is just a collection of random facts you could have learned reading the bottom a Snapple cap 25 years ago. For those of you who don’t know what I’m talking about, there used to be this drink called Snapple that everyone drank every day for some reason and it listed random facts on the inside of its caps. Now we have Twitter instead and only drink iced coffee, and I can’t believe the ‘90s were 25 years ago.

Did I just go on a non-sequitur tangent, or was that the first in a series of weird and unbelievable facts? Read on to find out!

The opposite of “warmth" is most and least obvious thing ever.

Like the verb “to dust," which means to both add a dust-like substance to something or remove dust via cleaning. Sure, makes sense.

What does the word “unlockable" mean to you?

Technically, it describes something that both can and cannot be locked. The word is a contronym or a word with two conflicting meanings.

This word conundrum sets my brain on fire.

Flammable and inflammable mean the same thing. Just… why?

How’s this for weird science?

Rhinoceros horns and human fingernails have the same chemical composition. Those who unethically ingest powdered rhino horn for its perceived health benefits would do just as well to eat their own fingernails.

The resultant mixture, known as pykrete, is slower to melt than water on its own due to low thermal conductivity.

McDonald’s is the world’s largest toy distributor due to its iconic Happy Meals that are served with a trendy new plaything.

Who would you guess is the world’s largest tire manufacturer?

This book is as popular as the Bible.

The IKEA catalog has sold over 203 million copies worldwide, with the help of very specific market research.

The Walt Disney Company is the second-largest consumer of explosives in the U.S.

The happiest place on Earth boasts an explosives budget that rivals the U.S. Department of Defense.

Texas, the tiger capital of the world.

Privately owned tigers in the southern state outnumber all the wild tigers on the rest of the planet combined.

One noodle of spaghetti is technically called a “spaghetto."

And a singular cannoli is a cannolo. This fact is just… *chef’s kiss*

Ready to enter the fruit matrix? Watermelon, eggplant, and chili peppers are all berries. Fruits that are not berries include STRAWBERRIES, BLACKBERRIES, AND RASPBERRIES. Well, now I’m furious.

Oh, and if that wasn’t enough… peanuts aren’t nuts.

They’re legumes. Peanuts are basically beans. I need a nap.

This capybara fact is just ridiculous.

The capybara has virtually no natural defenses, and simply stands still and waits to be eaten when faced with a predator. It’s basically a meat vegetable.

A group of apes is called a “shrewdness," a bunch of ferrets is a “business," multiple giraffes are known as a “tower." My personal favorite is a “conspiracy" of lemurs.

Suicide Squad won more Oscars than some of your favorite films.

Singin’ In The Rain, Rear Window, The Shawshank Redemption, and many other classics have all fallen short of the infamous anti-hero flick in the eyes of the Academy.

Animals in the cat family can either roar or meow, but not both. But if it makes you feel any better, Cheetahs probably sound adorable.

The etymology for "helicopter" isn’t what you’d expect.

It’s not a combination of “heli" and “copter," which would make sense, but of "helico" and "pter," two words that are Greek for "spiral" and "wing" respectively.

It’s not a long trip to space by car.

If you could drive straight up into the sky at a reasonable speed of 60mph, it would only take an hour to leave orbit. Elon Musk will probably have that figured out in a few years.

I really don’t know how distance works in space.

Apparently, every planet in our solar system could fit between Earth and our moon.

The planet’s lightning storms convert its methane gas into carbon, which hardens into one of the most valuable substances on Earth as it falls. SPACE IS CRAZY.

Vibrators were invented by a doctor who was tired of giving patients orgasms.

Can openers were invented after cans...

Canned food sterilization technology revolutionized preservation and wide consumption, but people were just smashing their cans for about 50 years before a more streamlined tool was invented.

The founder of Match.com lost his girlfriend to a guy she met on Match.com

Now that’s what I call a match made in hell! Hahahaha I’m sorry.

Technically, they weigh 500 tons. An average cumulus cloud is over 1 million pounds! WHAT.

In more science that makes no sense…

Glass balls bounce higher than rubber balls because they don’t lose as much of their shape when they hit a surface and retain that energy for a higher upward push. Don’t try this at home though.

Well, kind of. They can still die as a result of attack or disease, but lobsters cannot die from old age because of an excess amount of telomerase in their DNA. Terrifying!

And perhaps the most shocking fact of all.

Taco Bell was voted the best Mexican restaurant in the U.S. this year. Good luck sleeping tonight with a brain full of these tidbits!