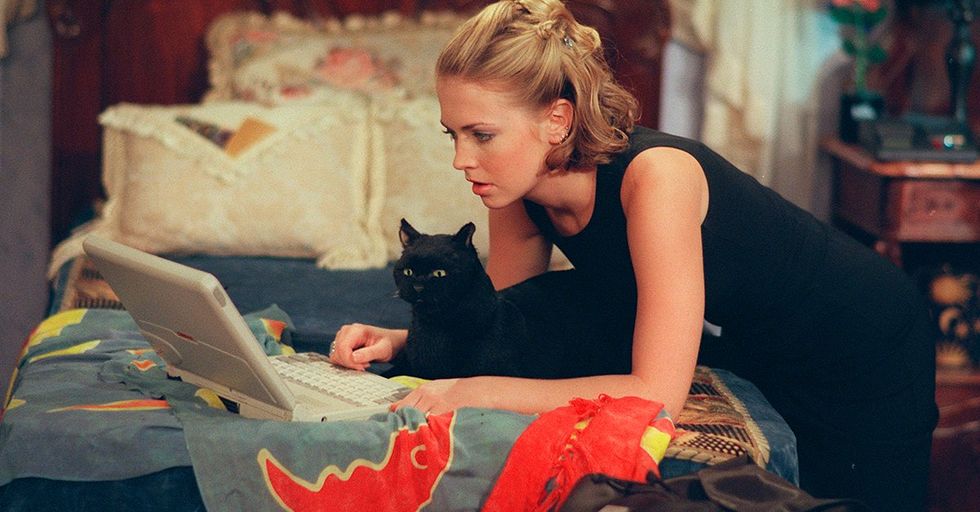 There's no shortage of content on the Internet that is especially geared toward people who grew up in the '90s. As the first generation who actually grew up with the Internet being available to all, those of us who grew up on the border between the 20th and 21st centuries have had a pretty interesting experience that no one else can claim.

Most of the Internet content about growing up in the '90s is there to tickle your nostalgia bone and make you feel special. That's not what we're doing today, though. Today, we're going to make anyone who grew up in the '90s feel very, very old. And I'm right there with you, friend. I was born in 1990, so when I read these facts, I felt the shock deep down in my very old and dusty bones.

Prepare yourself. Some of these facts may come as a bit of a shock.

That means the release date for Jurassic Park is closer to the Moon landing than it is to the present day.

In other words, you are now basically the dinosaur. And folks, the rest of these facts don't get any easier to swallow.

This move was such a huge deal. Take a guess at how long ago it came out.

Because that is how long it's been. Starting to feel old yet? If not, just sit tight. It'll hit you here in a sec.

Such a bop, right? Surely, this song is only a few years old, right? It's still so good!

It's also 10 years old this year. I distinctly remember rocking out to this song my freshman year of college, which means that was also 10 years ago and yeah, I'm gonna need a second to process that.

You've probably seen that Toy Story 4 is coming out. Considering that the first Toy Story film came out in 1995, you were probably already feeling old when the third one came out...

Yep. 2010. I just double checked this one because I swear this movie can't be more than 4 years old. But it is.

Of course, you do! You were completely capable of forming memories in the year 200.

Who could forget the "Numa Numa" video?

This is one of the first viral videos I remember. Take a guess at when it first hit the scene.

15 dang years ago. Also, I highly recommend giving it a rewatch. I'm not joking — it honestly made me tear up a little bit and long for the days of early-2000s Internet.

There was also this amazing OK Go music video:

My siblings and I crowded around our gigantic family computer (lol) to watch this together.

So impressive. You can probably tell from the video quality that it's not super new.

It was originally uploaded in 2007.

There is something so unsettling about realizing that you can clearly remember things from 12 years ago. I do not like it.

Remember The Fresh Prince of Bel-Air?

It first premiered in 1990. James Avery, who played Uncle Phil, was 45 years old.

Will Smith is turning 51 this year.

Will Smith is older than Uncle Phil. Someone get me some water and a fainting couch, please.

Time to revisit another early viral video. Anyone else starting to really miss the viral videos from your youth?

"Double Rainbow" was first uploaded in 2010.

Which was nearly 10 years ago... If you said the words "double rainbow" to a 15-year-old person right now, they would probably have no idea what you were talking about.

This song, "Zion," was written about her son (also named Zion), who was born in 1997. In fact, the entire album was largely inspired and influenced by her pregnancy.

Zion (the baby) grew up and just last year, his first child was born. So Lauryn Hill, who wrote a song about being pregnant when you were a child, is now a grandmother.

I mean, you might actually be a parent to one of them, now that I think about it. Well, in case you're thinking about their future, you should probably know this:

They will be graduating high school in the year 2031.

Who watched Breaking Bad when it first premiered?

It seems like only yesterday that Jesse Pinkman was merely a former student of the well-meaning Mr. White, right?

Just so you know, the first season premiered in 2008.

And it's already been nearly six years since the finale which you probably feel like you just watched.

We all loved Kenan & Kel, right?

Those two guys got up to such crazy antics! How old do you think they are now? In their late 20s? Their early 30s?

They'll both be turning 41 this year. Remember when your parents turned 41? That was probably a while ago, too. You're going to be 40 before you know it. Sorry. But it's true.

Finally, I leave you with a reminder of this most perfect union:

Cory and Topanga are the TV couple I care about most in my life. Their wedding episode aired in 1999.

Which means that this year, they're celebrating their 20th wedding anniversary.

And with that, I leave you to contemplate your own mortality. I think I have some ice cream to cry into. Share this with someone who is as old as you are (which, by the way, is very old).