10 Facts They Don't Cover in Health Class, but Really Should | 22 Words 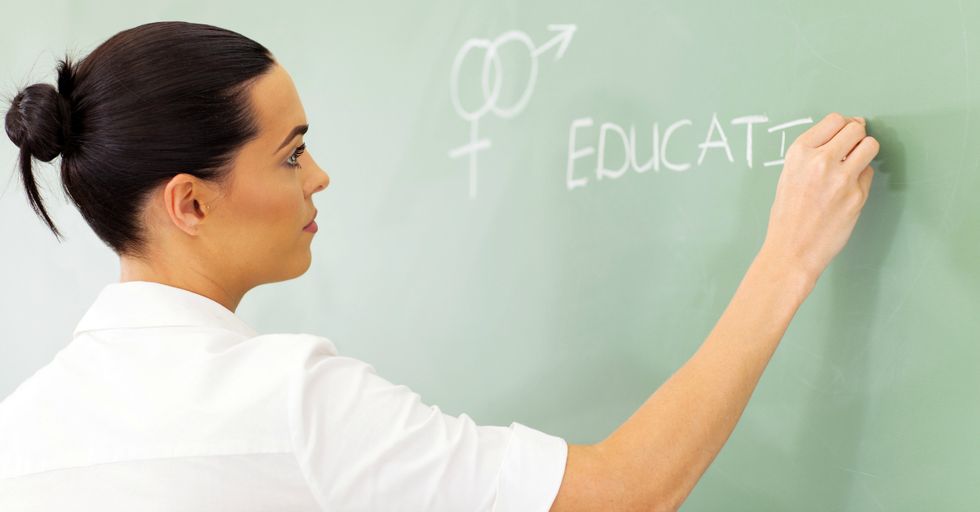 10 Facts They Don't Cover in Health Class, but Really Should

Ah, education in America. It's really not the best, is it? High school Health Class teaches you the basic facts, very cut and dry, but it definitely doesn't teach all the strange, wacky facts you definitely should know.

1. People who do it more have higher salaries

Correlation or causation? According to a study from the Institute for the Study of Labor at the University of Bonn in Germany, people who do it more tend to make more money.

The study was focused in Greece, however, so make of it what you will. In any event, we're just gonna take it a sign that it truly does make you richer.

2. There's enough sperm in one man to impregnate the entire female population

When nature gives, it gives in abundance. Truly, it does.

We can't help but wonder, though, if this is nature's way to failsafe the species. In case of an extinction event that targets only men, one man can literally repopulate the planet.

3. The female orgasm is geared towards encouraging pregnancy

Yes, orgasms are great, but all that that pulsating and contracting actually serves a purpose – one you might never have thought about.

Female orgasms literally push sperm up into the cervix. So if you're a couple that's trying to get pregnant, it's actually to your benefit to ensure that the woman has an orgasm.

4. Left testicles usually hang lower than the right ones

Also the right is usually larger than the left. Why is the left smaller and lower, you ask? There's a very good reason.

5. Shaving your pubic hair makes you more likely to contract and spread an STD

We know that it's super fashionable to be bald and beautiful these days, but as it turns out, nature gives us hair for a reason.

Shaved or waxed skin is vulnerable to tearing and cuts, which means it's way easier for all kinds of infections to set in. Ain't nature grand?

6. Male sperm counts are a quarter of what they used to be a hundred years ago

It might be something in the air, or the water, or maybe human beings are generally not built the way they were once upon a time.

The modern world is not good for sperm, "pesticides, hormone-disrupting chemicals, diet, stress, smoking and obesity have all been 'plausibly associated' with the problem, which is associated with a range of other illnesses such as testicular cancer and a generally increased mortality rate."

7. Fat men have more endurance than their thinner counterparts

The average man lasts six minutes in bed, but obese men last an astounding 7.3 minutes, clearly beating out their thinner counterparts. Why?

As the Mirror UK explains, "researchers also believe overweight people will have higher levels of the female sex hormone oestradiol. This causes a chemical imbalance in the body, inhibiting the male orgasm - which means men can last longer. Though at just one minute 30 seconds longer than average, it's not a particularly amazing benefit."

Ah, cyclists, they're so dedicated to their hobby, aren't they? Well, if you're a man, this dedication could very well be costing you big time.

As it turns out, the pressure of the bicycle seat against the male groin can permanently damage sexual function. So maybe ease up on that bike, aye?

9. Your nose swells during sex

As do all the other tissues in your body. That's the funny thing about arousal, you see, it causes increased blood flow to your blood vessels.

That means not only do your breasts and genital areas engorge, so do the tiny vessels in your inner nose. The more you know!

10. People are more prone to telling lies when they're in bed

Pillow talk is not what it's cooked up to be. But honestly, there's a reason sweet nothings are called sweet nothings, because they literally mean that.

We assume that the reason people lie when mid-coitus with others is because they're trying to impress their partners, or, at the very least ensure that they have a good time...