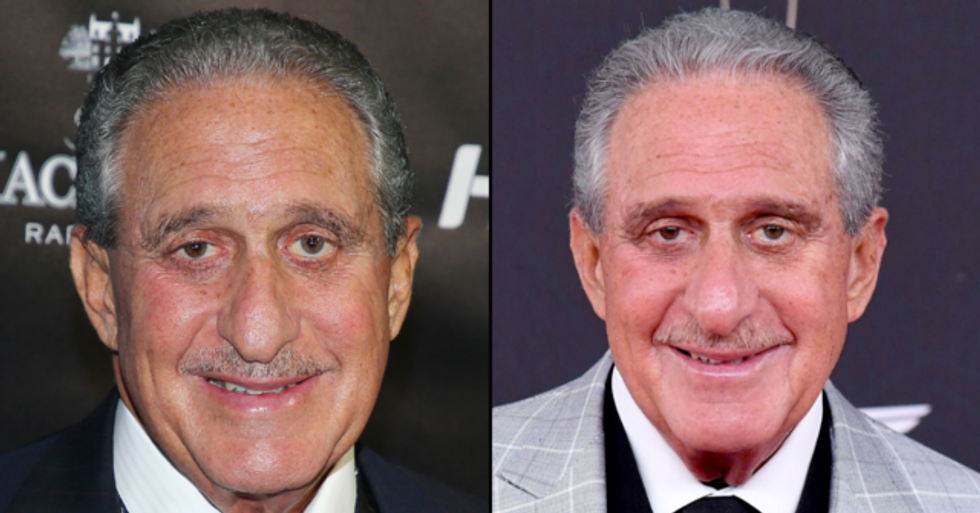 With the death toll rapidly rising and many parts of the world going into full lockdown, people are seriously beginning to panic.

But there have been some incredible acts of kindness, and the Atlanta Falcons owner, Arthur Blank, is the most recent kind soul.

The world is currently held hostage by coronavirus.

COVID-19 is showing no signs of letting go anytime soon.

Since the first COVID-19 patient in Washington, there have been 16,491 more confirmed cases across the country and 224 deaths.

And so far, 709 Australians are currently infected and 6 have died from the virus.

And only time will tell. Make sure to keep scrolling to get the most recent update on Tom Hanks' condition whilst battling the coronavirus...

And now, another man has come forward to match Clive's donation.

The Atlanta Falcons owner, Arthur Blank, has shown extraordinary generosity by donating a staggering $5.4 million to the cause.

His donation will help primarily Georgia and Montana during the pandemic.

Sharing the news on the Falcons official website, he explained, "As a Family Foundation, we have always believed that it is the power of many that will make the greatest impact on the most pressing issues in our society."

He wants to make a difference in his community.

"This is that moment - to join together to truly harness the power of all of us to address a challenge that knows no boundaries and has no precedent in our lifetimes."

The donation will focus on serving those affected by the pandemic...

Whether it be those infected by the virus or those who have lost jobs as a result. Any remaining funds will be donated to help support Atlanta-area schools, police and food banks, along with funds to help Native Americans and food banks in Montana.

What an incredible man.

But, sadly, not all celebrities are in the COVID-19 headlines for the best reasons. Keep scrolling to read about Tom Hanks' diagnosis and his rather worrying update...