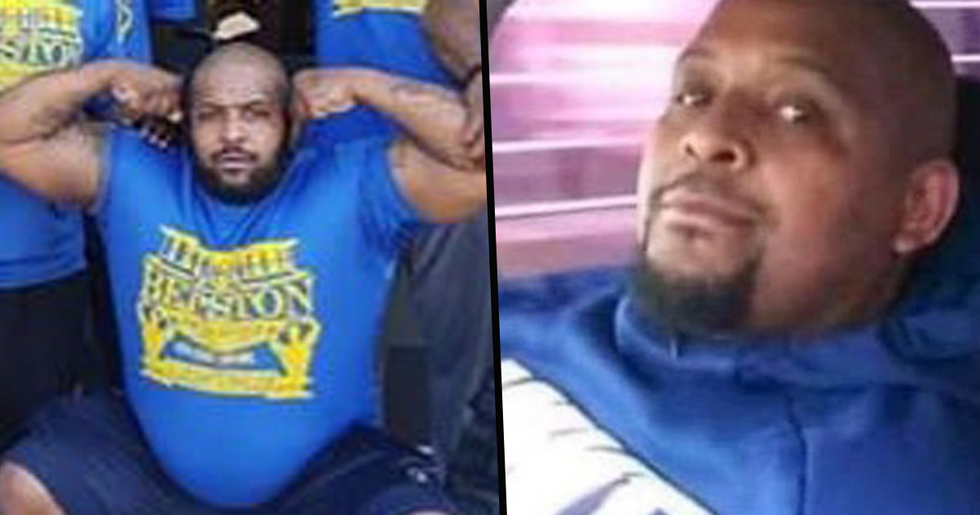 After we have all witnessed chaotic scenes at local stores, stricter measures were put in to ensure that people were social distancing while they were out getting their essentials. Just as we thought things were calming down, a horrific incident occurred in Michigan, which led to the death of a security guard who was only doing his job.

Read on to find out all the details of this heartbreaking story.

It's May 2020, and the demand for basic groceries is still higher than ever.

With the deadly virus still sweeping across the planet, millions have descended into mass hysteria - And have been frantically stocking up on basics such as toilet paper and dried pasta.

And, while most are calmly self-isolating at home, many have been taking to their local supermarkets to stockpile on supplies. I thought we learned from that mistake?

Things have already gotten out of hand...

Because the shelves are being emptied at such a fast pace, it has become impossible for the vulnerable to grab what they need.

People must take the utmost care when being around this type of food for hygiene purposes.

This is why stores have been placing stricter measures on their customers.

One Family Dollar store in Flint, Michigan decided that all their customers must wear masks while shopping in the premises.

It is not much to ask given the current circumstances...

We care about your health and safety. We are closing our stores earlier each evening to exercise new proactive clea… https://t.co/gE7Fg2iAYL
— Family Dollar (@Family Dollar)1585767688.0

However, some people have taken this safety precaution as a personal attack and it has led to fatal consequences.

The security guard that works at the store was shot as a result of telling a woman to wear a mask.

I can't even believe I'm typing those words out. Calvin Munerlyn worked at the Family Dollar store, keeping customers safe while also upholding the rules of the business.

According to the police, it all started when he approached Sharmel Teague’s daughter.

The woman, who is said to be in her twenties, was refused entry into the store as she was not wearing a mask. Munerlyn calmly told her that she could not come in if she didn't have one on.

After she went back to her family car, her mother started confronting the guard.

She was wearing a mask, so she was allowed to remain in the store, but upon hearing what was said to her daughter, she started screaming and yelling.

At one point, she even spat at Munerlyn, who was urging the cashiers not to serve the angry woman.

After footage shows Teague leaving the store, the guard thought it was all over...

But twenty minutes later she returned, this time with her husband, 44 and her son, 23 and decided to do something completely irrational.

At first, the men were just arguing about "disrespect..."

But things took a nasty turn when Ramonyea Bishop, her son, decided to pull out a gun and shoot Munerlyn in the head, killing him instantly.

Police officers discovered him bleeding in the store’s doorway.

The officers managed to arrest Sharmel Teague, but her husband and her son fled the scene and have not yet been caught. All 3 of them are facing first-degree premeditated murder charges.

"From all indications, Mr. Munerlyn was simply doing his job in upholding the governor's executive order related to the... pandemic for the safety of store employees and customers."

“The hostile tone that we've seen in recent days on television and social media can permeate our society in ways that we sometimes don't fully realize or anticipate. These should not be political arguments, they don't necessitate acts of defiance and we simply cannot devolve into an us-versus-them mentality."

Latryna Sims Munerlyn, his wife of 10 years could not believe the news.

The couple have 8 children together, so it was particularly hard for her to come to terms with the fact that her children's father was dead. "This just can't be real, my babies need their daddy. I'm just suffocating. I feel like a knife is in my chest."

Bryant Nolden, the director of the Berston Field House and a close, personal friend of Munerlyn said he was "heartbroken."

"This really broke my heart. He would come in [to the gym] three or four times a week and he'd train anyone who wanted to be trained for free. We have a senior dance, and he'd come and dance with the seniors."

His cousin couldn't believe what had happened over a simple request.

"This is senseless — over a mask! Over a mask!" Tina James told WJRT. "I don't understand it."

On Sunday, a vigil was held for the deceased outside the Family Dollar store.

The people that attended released balloons into the sky and also laid out candles to spell out Munerlyn's nickname, "Duper." This is heartbreaking news. At times like this, we need to all come together but it seems as though some people can't help but cause more chaos and more death as if we haven't seen enough already.

And now the Genesee County Prosecutor's Office has confirmed the 3 have been charged with first-degree premeditated murder.

While this doesn't make this horrific story any less tragic, and least some form of justice has been served. If you're in the news for more positive news, then keep scrolling...
20%

$#DIV/0! $0.00
Buy Now
See More Deals
We hope you find these deals as awesome as we do! Just an FYI: we may receive a share of sales from links on this page
40%