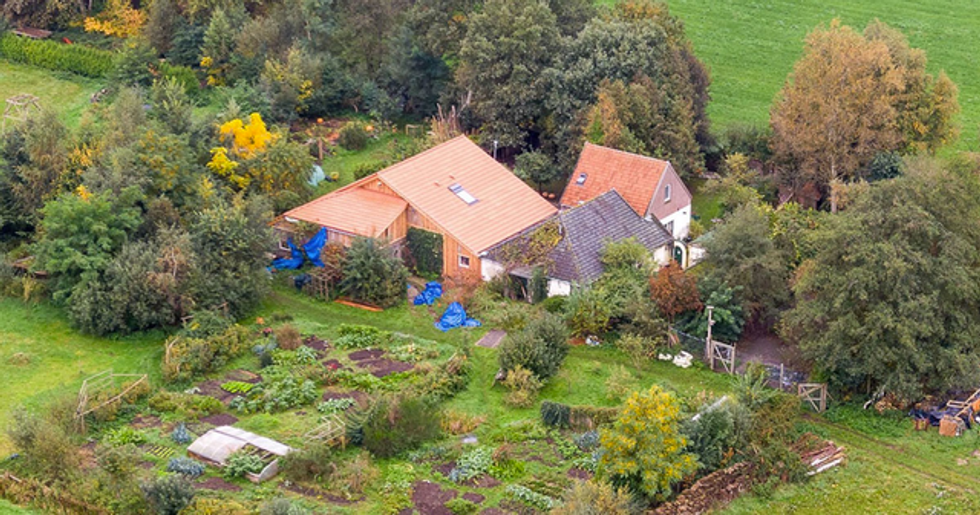 What with the climate disaster and imminent collapse of capitalism we seem to be facing, the end of the world has never been a more real prospect. But one group of people from the Netherlands took things to an extreme - having been discovered hiding in the cellar of their farm.

Police were alerted to the disturbing scenes when one of the members of the commune escaped and ran to a local pub. He told shocked locals that he'd been kept prisoner by his family, having never experienced life out of the cellar. When authorities broke in, they found six individuals aged between eighteen and twenty-five, plus a group leader (and likely father) aged fifty-eight.

We are all so caught up in the minutiae of our everyday lives that too often we forget we're living on a floating rock in space.

The lifespan of our planet is finite - and one day, everything that exists will disappear forever. And given the way things are going, this will happen sooner than we may expect.

Those who are focused on the apocalypse ...

Tend to be derided as eccentrics and weirdos. And sure, it's weird to live life constantly seeing the end at every turn - but isn't ignoring it completely kind of odd, too?

That's perhaps the strangest of all. It's one thing to have an apocalypse bunker - but it's quite another to move in permanently.

But that's what has recently been discovered.

A recent story of a discovery in the village of Ruinerwold in the Netherlands has shocked even the most ardent end-timers.

It all started in this pub.

Locals were settling in for a casual night - when a creepy intruder with a crazy story interrupted.

The mystery man was described as "unkempt" with long hair.

But more disturbing than his scruffy appearance was the story he shared with the baffled pubgoers.

He appealed to the locals for help.

"He said he needed help and wanted to put an end to the situation he was in," the pub's owner told the local newspaper. Seeming "completely confused," he claimed he "needed help and had never been to school."

And that wasn't his only bizarre claim.

He claimed he'd been held against his will, and had managed to slip away during the night as it "was not possible during the day."

Although skeptical, authorities responded to his claims.

But when they investigated the farm the man claimed to have escaped from, they got a huge shock.

And from the outside, it looked totally normal. As one Twitter user put it, "Located on a canal, a few kilometers outside the village. #bizarre"

But on closer inspection ...

Police discovered a secret staircase concealed behind a cupboard in the farmhouse's living room. Honestly, this is the stuff of spy novels.

And when the descended?

They made a truly horrific discovery. In the family basement lived six young people - none of whom had any idea of a world outside their bunker.

The tiny space had seven inhabitants.

There were six "children" believed to be aged between eighteen and twenty-one, plus their father, who was fifty-eight. Speculation about the whereabouts of the mother is rife.

Neighbors to the farm were particularly disturbed.

One neighbor told Dagblad van het Noorden that he'd believed there was only one man living on the farm, which was described as "huge" but "messy."

An immediate investigation has been launched by Dutch police.

The family had apparently managed to stay off-grid as they were living totally self-sufficiently.

The fifty-eight-year-old man did not want to cooperate with authorities.

This man has subsequently been arrested - with the fates of the six younger inhabitants still up in the air.

Here's an aerial shot of the farm.

Looking at it, it's almost unbelievable people had been concealed there for over twenty years (at least). The younger inhabitants didn't even know there were other humans in the world.

It's believed the family were living in prep for the apocalypse.

"All scenarios are still open. Our research is in full swing and we cannot share more information at this time," police said.

We guess you never really know your neighbors.

But if you want a more uplifting story of neighborly spirit, read on to learn about the group that formed a human chain to protect their peers from ICE.