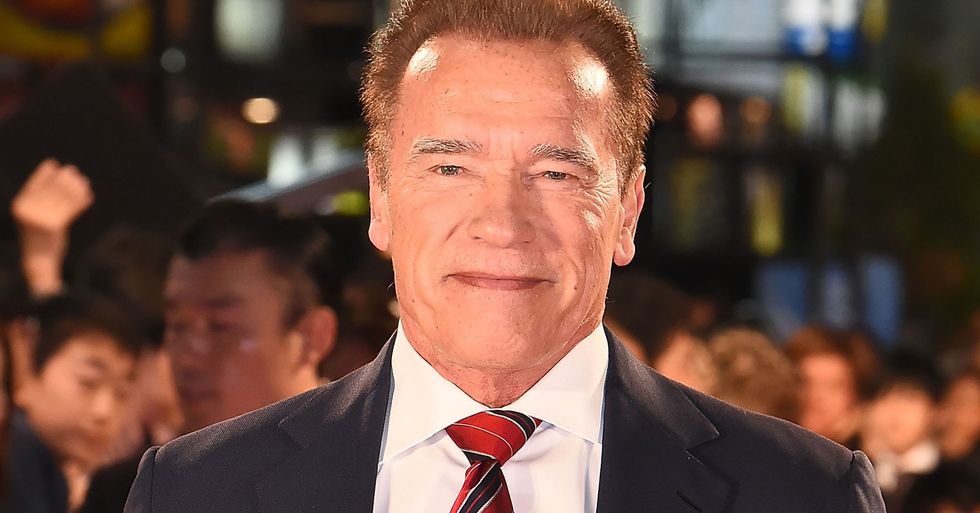 An Arnold Schwarzenegger fan had a real pinch-me moment after the star himself got in touch...

A Terminator fan just had all their dreams come true...

They caught the eye of Arnold Schwarzenegger himself.

And the exchanged that ensued instantly went viral online.

Born on July 30, 1947, near Graz, Austria, the star rose into the public eye as the world's top bodybuilder.

Schwarzenegger, who had immigrated to the United States in 1968, helped propel the sport into the mainstream eye.

Creating the 1977 documentary, Pumping Iron, which chronicles the tale of Schwarzenegger's defense of his Mr. Olympia crown.

The soon to be actor used went on to use his bodybuilding as a springboard for his Hollywood career.

Arnold soon turned to the movies, in particular, those of Reg Park, a bodybuilder, and star in B-level Hercules movies, for inspiration for what would later become a hugely successful movie career.

After being at the top of his bodybuilding A-game, it was only a matter of time before he moved over to the big screen.

And he got off to a strong start - after a few small parts, Schwarzenegger received a Golden Globe Award for Best Newcomer for his performance in 1976's Stay Hungry.

As you can imagine, the star was a natural for action films.

Going on to become a leading figure in several smash-hit '80s action flicks, including Conan the Barbarian (1982) and its sequel, Conan the Destroyer (1984).

Schwarzenegger is known for his role in the popular Terminator franchise.

The movies are a huge international success.

And have seen the star reprise his role for several sequels.

However, in 2003, we saw Schwarzenegger make a very different career move...

The star threw his hat into the California governor's race and ended up winning a seat in a special election.

The newly elected Republican governor promised to bring economic stability to the state.

"If they don't have the guts, I call them 'girlie-men,'" he said of Democrats, early in his first term. "They should go back to the table and fix the budget."

The star sought to revive his big-screen Hollywood career.

But there's one thing fans will never forget...

Schwarzenegger will always be known as the Terminator - and it remains as his most popular and well-known role.

The movies have a huge fanbase.

And it seems one fan landed themselves in the spotlight this week.

Because they caught the attention of Schwarzenegger himself.

It all started when an artist under the Reddit handle RadonLab posted a shot of a one-of-a-kind collectible.

The snap showed a wood-carved pipe likeness of the actor's character in The Terminator that the fan made of him.

He loved what he saw.

The star replied in the comment thread, saying: "Wow. This is fantastic. It is beautiful. Would you sell this to me?"

And, as you can imagine, the fan was beyond excited.

The Reddit used replied to the actor: "I would like to give you this pipe it would be a great honor for me. How can I contact you?"

The actor didn't want to take the collectible for nothing...

"If you insist on giving it to me I insist on sending you back a signed photo of me using it. He added: "Now that it’s 2020 I just sign things on my machine and send an email if that works for you. You can send me a message and I’ll give you the details."

After the exchange was finalized, Schwarzenegger stayed true to his word...

The star sent the artist an autographed shot of himself, writing: "To Radon, Thank you for the great pipe! Arnold Schwarzenegger."

It was a real pinch-me moment for the fan.

A fan on Reddit carved this pipe for Arnold @Schwarzenegger’s birthday and then this happened: https://t.co/tOqwMUuhMZ
— Yoni (@Yoni)1599061800.0

"You probably made not only my day but my whole life thank you for me it is a real magic to see you with my work! I still don’t believe ... it," the fan said. For more on Schwarzenegger, keep scrolling to read about the unlikely friendship he's forged was a very famous activist...
20%