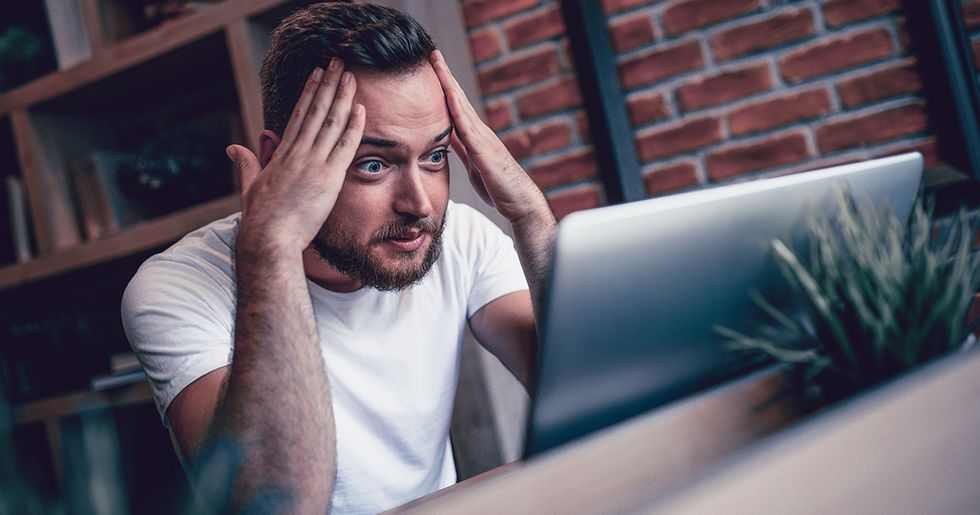 Marvelous Fan Theories That Make Your Favorite Movies Even Better

Some people are able to watch a movie or TV show or read a book and simply let the work exist as it stands. Others, on the other hand, are not content to let the author or director have all the fun. In every story you consume, there's often more than what's going on at the surface level. Sometimes, the creators reveal a deeper meaning that you may have missed the first time. Other times, though, it takes fans and their incredible brains to concoct a theory that is so believable it may as well be canon.

A recent AskReddit thread gave people the opportunity to share their own fan theories that they accept as 100 percent truth. After reading through them, I think you'll find yourself convinced on a number of fronts. Like the one about Willy Wonka and the Chocolate Factory. I did not expect to fall for that one, but I now believe it with every fiber of my being.

It's a good name.

That the pause Shrek makes after Donkey asks his name is him coming up with the name Shrek on the spot. –Pumpkinflavores

The word "Schreck" means terror or fright in German. He was called that repeatedly by scared villagers, so he adopted it as his name when Donkey asked. He didn't have a name of his own. –tommytraddles

Kronk is a squirrel turned into a human by Yzma. –clausport

This makes too much sense.

The Flintstones and Jetsons are on the same planet, at the same time. One set of humans abandoned the planet's surface to live in the sky and left others to live on the ground. The Flintstones know about things like cars, telephones, and record players. In the Jetsons, the ground is rarely seen, and it appears to be populated by homeless people. –90Carat

Bob Vance is actually a really clever businessman who wanted as much free advertising as possible. He knew he was being filmed for a show that would air on TV, but he didn't know which of his scenes would get edited out, so he mentions the name of his business as much as possible. –fluid_druid

This is the only thing I'm willing to believe.

Courage the Cowardly Dog is from the point of view of Courage and it's just how dogs perceive normal things hence why the owners act normal the whole time. –kylemoneyweed

That Kevin Malone from The Office was embezzling money. Dunder Mifflin was in financial trouble He's a known gambler He says what he does and Martin (Who went to jail) did were the same thing. He had a made-up number (Klevin) to fix the books He bought a bar after getting fired. –pheen

From How I Met Your Mother Barney Stinson was not really that bad of a guy, but because it was from Ted's point of view he wanted to make Robyn’s ex-husband seem like kind of a bad guy so they’d warm up to the idea of him dating her again. –nervouspatty

The aliens in Signs are suffering a form of capital punishment. A spacefaring species would obviously have the technology to detect water and at least wear suits to protect their skin, so those on Earth's surface were dropped naked and left to eventually die of exposure or from the primitive inhabitants. –IamPlatycus

Sit right back and hear a tale.

The Gilligan's Island Experiment Theory Gilligan's Island was an elaborate social experiment conducted by the Professor with the aid of Gilligan. It makes no sense that a professor that can make a radio out of coconuts can't fix a two-foot hole in a boat or build a seaworthy raft. They are there because of him and because of Gilligan's bumbling every episode. But why? Why else would you drag a group of 60s-diverse people to a desert island? To study them. It's a social experiment to see how the castaways get along. Professor recruits Gilligan before the trip. Gilligan's blunder causes them to land on the island and he subtly sabotages every escape attempt until it's time to leave. Meanwhile, Professor gets to study them and collect notes on what happens. I hope the research paper was worth it, you monster. –plagiarismtoday

Time for a rewatch!

The end scene of Inception is real life, not a dream. The movie explains that a totem cannot be touched by anyone other than its owner lest it loses its reliability. The movie also explains that Cobb’s “totem" (the spinning top) was Mal’s before she died, but this cannot be as he is not the original owner and now that he’s touched it, the top cannot be trusted. Cobb’s actual totem is his wedding ring, which he doesn’t wear in real life (because Mal is dead) but he does wear in dreams because Mal often appears in them. The final scene includes a shot of him putting his hands on the table with a bare ring finger, indicating that he is in real life and is actually seeing his children again. The spinning top is irrelevant to this fact, and it does not matter that the film ends before the audience can tell if the top falls or spins forever. –upblack

The Super Soldier serum used on Captain America is derived from the heart-shaped herb that the Black Panther used. The reason why they couldn't replicate it and had to be sure on who they use it on was because it's very difficult to procure due to Wakanda's secrecy. –MidKnight_Corsair

Probably how he got those scars.

The Joker in The Dark Knight is ex-black ops. –WwariosS

Better "phone home" about this one!

ET is a Jedi. He can levitate objects, alter another person’s life force, bring a flower back to life, and we know he’s from the Brodo Asogi (a species and planet name in the Star Wars universe). –Jackpot777

Snowpiercer is the sequel to Willy Wonka and the Chocolate Factory. –CreationOperatorZero (Yes, this is totally bonkers. But watch this video and you'll be 100 percent convinced, too.)

Neville Longbottom had such a bad memory at the start of the series because he witnessed one of his parents being tortured and had to be obliviated to try and lessen the trauma. We've seen instances in the books where strong memory charms can cause chronic forgetfulness and the worse the memory, the stronger the spell needed. –gibberishparrot

The Incredibles: Edna designed Syndrome's costume, and deliberately did so with a cape to get him killed. –Moleman_NineThousand

This explains a lot, actually.

Filch is actually serving a sentence as Hogwart's housekeeper who can't use magic (yes he is a squib, his job is still what students do for detention) and that Mrs. Norris is actually a maledictus and was previously in love with Filch. –Asocial_Stoner

Why the long face?

Bojack Horseman is the longest setup to the "horse walked into a bar" joke. –agnotist_angel

Enough with the midichlorians!

Qui-Gon Jinn was what could be called an agnostic in the Jedi Order. He knew the force was real but he also believed there was a tangible, scientific basis for it. Which is why he is the only Jedi concerned about midichlorians. –RhinoBarbarian

Anna and Elsa's parents were sailing to Rapunzel and Eugene's wedding when they died. –sheikysheik

House dies in the season 8 finale and Wilson begins imagining him to cope during his last few months. Hence how House managed to escape from the upper story of a collapsing, burning building, how he manages to supposedly switch dental records to fake his death, and why he's just casually out in the open when Wilson sees him despite his presumed dead status. Also explains the soundtrack choice for the closing scene. The only previous use of "Enjoy Yourself" was when it was sung by a hallucination. –briffobroffhouse

I want to believe this one.

Pulp Fiction is actually a sequel to Reservoir Dogs. The briefcase that Marcellus wants to be retrieved contains the diamonds that were stolen in RD, and that Buddy Holly lookalike waiting tables at Jackrabbit Slim’s is actually Mr. Pink hiding out in disguise (which would be delicious irony considering his stated views on tipping). –VictorBlimpmuscle

Rick has explored so many universes that he discovered that he (and his entire reality) is nothing more than the creation of Dan Harmon and Justin Roiland. With that knowledge, he is both severely depressed and nihilistic — while also feeling compelled to maintain an "entertaining" lifestyle in order to keep the series from being canceled (and thus ensuring his family's continued survival). If you rewatch the entire series, he'll sometimes let "slip" that he is the main character in a show that will last for several seasons. He'll make up random plot arcs (like the NEED to find Szechuan sauce), and recklessly endangering himself and the universe just to ensure his reality doesn't cease to exist. It's actually a pretty horrifically tragic premise if you think about it. But in line with something Harmon might concoct. –WittyMonikerHere

What a cute god!

Kirby is a remnant of an ancient dark god, a being that can consume all in its endless gaping maw, but due to memory loss has become a cute, adorable, food loving puffball. –imnotwatching Share this with your favorite conspiracy theorist!