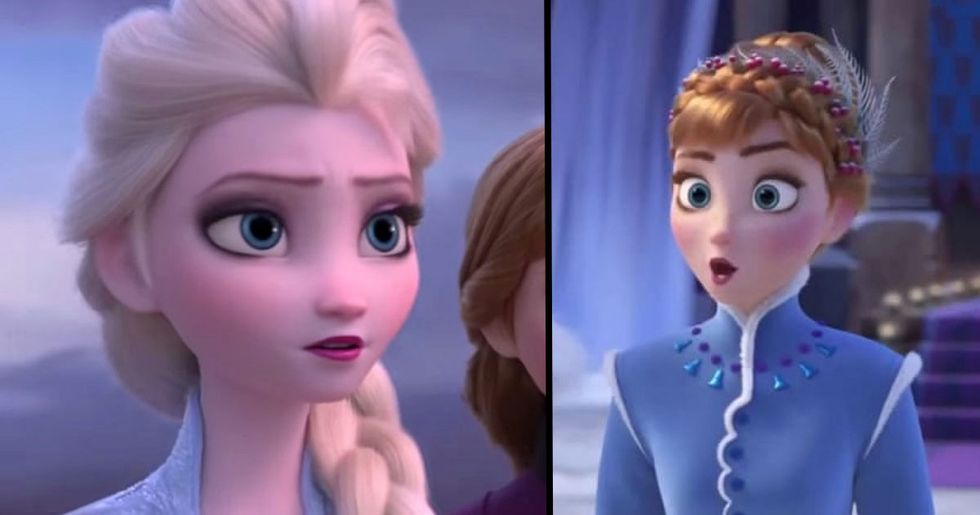 Given its profound box office success, fans have been left speculating whether we'll see Elsa, Anna, and the gang on our screens again. And finally, 6 years after Frozen's original release, our prayers were answered when the long-awaited follow-up - the imaginatively named Frozen 2  - was announced to be in the works.

The highly anticipated flick and has already received a pretty strong reception. Keep scrolling to find out what all the fuss is about.

There's no doubt that Frozen 2 has become one of the most anticipated flicks of the year.

Although it's hardly surprising, given the fact that the original was the highest-grossing animated film of all time (until the Lion King reboot came along in August, that is).

On Friday, the day finally came...

Since its debut, the movie has solicited some pretty strong responses.

The movie has already exhibited strong commercial success - raking in a staggering $350.2 million at the global box office since its release on Friday.

And its already got the critics talking...

The movie has garnered a significant number of glowing reviews, with many saying its "more ambitious" and "more mature" than its smash-hit predecessor.

And theatergoers have been quick to take to Twitter to air their views too...

Many have hailed the sequel as the "best movie of the year," which, let's be honest its a pretty bold statement, but it seems many agree.

Fancy seeing for yourself? Check out the trailer below.

Frozen 2 is out in theaters now. Disney is quite clearly on a winning streak right now - not only is Frozen 2 going down a treat but its new streaming service, Disney Plus, is also proving pretty popular. One show, in particular, is attracting attention from fans. Star Wars spin-off, The Mandalorian, is truly standing out from the crowd - and there's one particular character that's stealing the show. Keep scrolling to learn more...
20%