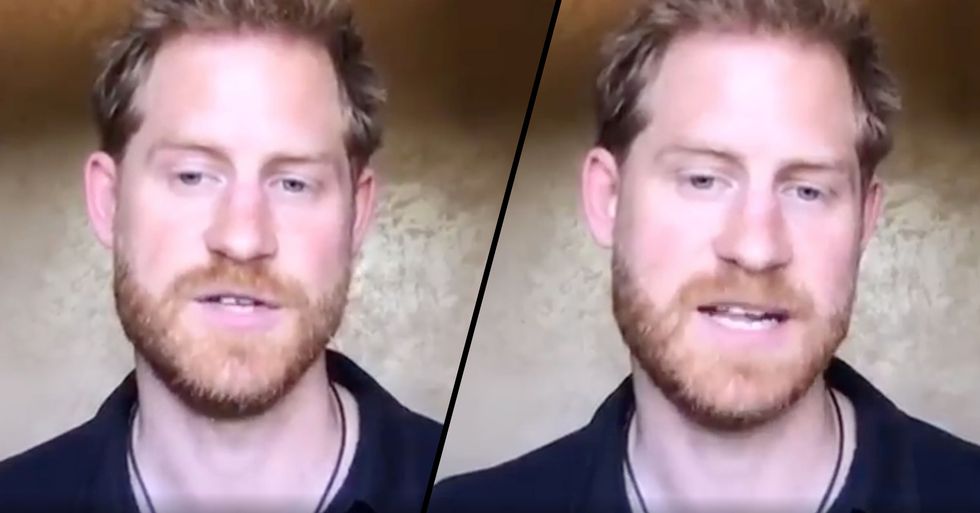 Fans have been expressing concern over Prince Harry after his most recent home video and, of course, the heat has yet again been turned onto Meghan...

Harry and Meghan are currently isolating in LA - a place in which they plan on remaining for the foreseeable future.

He spent his birthday with his mom and dad in their new LA home.

The video was insanely cute.

And Meghan looked confident and content in her role as a mother as she enthusiastically reads the story to Archie.

People have been gushing over the video...

But there's something else that people have noticed...

And it is about the make-shift cameraman, Prince Harry.

Fans have been delighted to get a sneak peek into Harry and Meghan's family life...

But others have been left feeling concerned after a more recent video of Harry in his new environment.

He shared a special video message over the weekend for the Invictus Games Foundation...

The 2020 Invictus Games had been set to kick off this weekend but, of course, they have now been postponed.

Harry has been a founder and patron of the Invictus Games since 2014...

"We should have also been gathering together in the Netherlands to kick start the Invictus Games 2020 in The Hague," Harry explained. "Life has changed dramatically for all of us since I was last in The Hague."

He went on to praise the wounded, sick, and injured veterans who continue to participate in the games.

"I hope all those in the Invictus family are coping well and supporting each other through this challenging time," he added. "I continue to hear amazing stories of families coming together in online platforms, but please look out for those that have gone quiet or that are no longer visible on the chat sites. You guys are the best of us, so I have no doubt that you're all running around and supporting each other."

But despite Harry's positive message...

Fans began to express their concern. "I feel bad for him he looks terrible... he has so much stress and pressure on him... he wants to be a good husband and father, Meghan knew he was a Royal and that comes with traditional duties of the royal family and he wanted to act brand new," one Facebook user wrote.

Yet again, the heat was turned on Meghan.

"He looks terrible. I called this one. Meghan just wanted to get him over here so she could continue her acting career while he gave up everything!" another fan wrote.

People think that the prince looks sad and lonely.

"He looks so sad and lonely... poor guy. He needs to go back home. God bless you Harry," another fan wrote.

What fans need to remember is...

Living through a global pandemic with a young family is stressful for anyone, and being a royal most certainly doesn't take that pressure away. Of course, Harry is feeling stressed and pressured raising his first child! But this doesn't at all mean it is Meghan's fault.

And make sure to keep scrolling to learn about Harry's upcoming TV project...