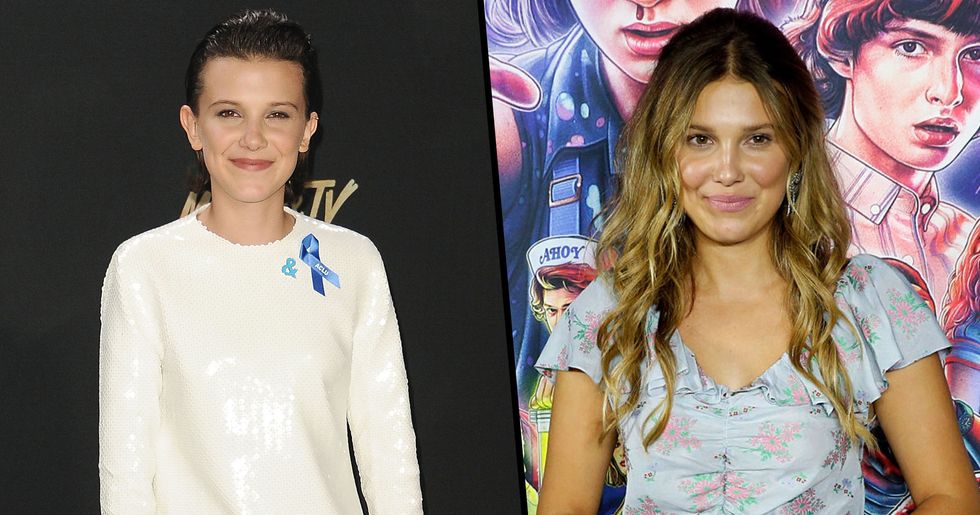 Millie Bobby Brown is one of the world's biggest stars right now. The fifteen-year-old has been in the limelight from the moment she was granted the role of "Eleven" in Stranger Things and was propelled to superstardom. But that light has since turned sour as the media and fans alike have started scrutinizing her every move, from the way she dresses to who she chooses to hang out with.

And this latest story proves just how challenging being a child-star can be.

Keep scrolling to see the recent photo of the actor that has set the internet alight because fans don't believe it's actually her... Spoiler: It is!

She made appearances in well-known TV programmes including, Modern Family and Grey's Anatomy.

Starring as Eleven, a telekinetic prisoner who becomes obsessed with a snack called Eggo. Arguably, the teen has found the most global success from the show.

And this latest controversy links to this fact.

According to reports, she claimed she wanted to show everyone "what it’s like being a woman of her age." Firstly, you're not a woman... yet. A fifteen-year-old is a child.

She said she wanted to "wear more fitted clothing."

"I would really enjoy wearing more fitted clothes now," she said. "I feel like I’m becoming someone and being a woman so I just want to show that. I think about the girls who are going to look at the picture, those young girls that are going to look at me and if they think, 'Wow that’s what I should dress up as'."

And only a couple of days after she made that statement, these pictures surfaced online.

Fans could not believe what they were witnessing; this was not the Millie Bobby Brown they knew. The hair extensions, the dress, the lipstick... It didn't really work out for anyone.

A lot of them couldn't believe it was her.

She does look much older!

Has it been forty years?

She's only fifteen-years-old in this picture!

Some outright refused to believe it was her.

But sorry to break it to you, it is. She posted the images to her Instagram too.

This user is right.

And this user had other ideas about who she thought it was.

I can assure you, this is not Asley Tisdale...

Big yikes. If you're in the mood to see some Stranger Things content, then keep scrolling...
22%

$28.05 $18.23
Buy Now
See More Deals
We hope you find these deals as awesome as we do! Just an FYI: we may receive a share of sales from links on this page