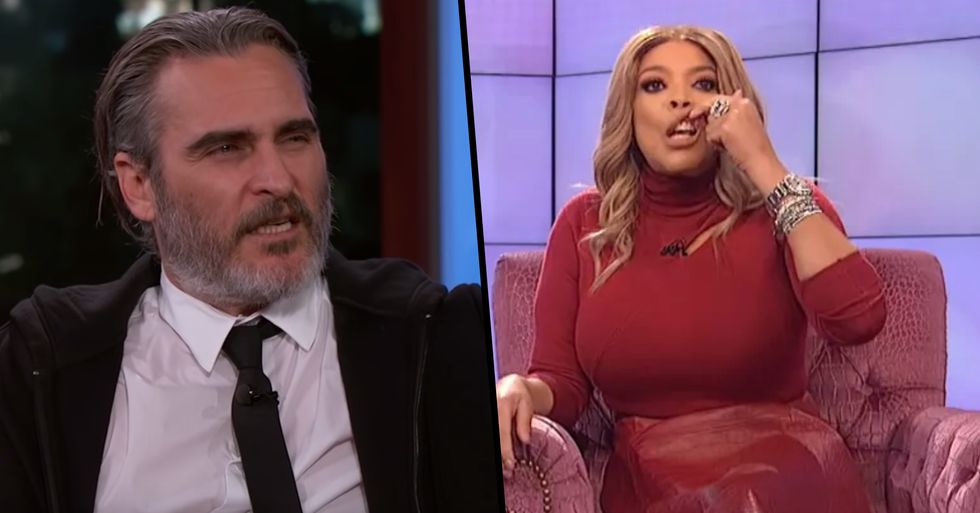 Wendy Williams is known for being outrageously outspoken and this has often landed her in hot water. But her most recent comment has caused a lot of anger, as it was about our beloved Joaquin Phoenix.

The Wendy Williams Show has now been on the air for 11 years.

Along with hosting her talk show, Williams is also an actress...

She appeared in the TV show Drop Dead Diva and in the movie Think Like a Man.

She really can do it all.

Don't believe it? Well, take a seat. Williams will prove you wrong.

But Williams' most recent comments have certainly ruffled some feathers...

She makes a comment about Phoenix, claiming that she doesn't even know who he is...

But she then starts showering the actor with compliments in regards to his looks, talking about how good looking he is.

This is when things take a turn for the worst...

While gushing over his handsome and "striking" looks, Williams goes on to mention his cleft lip - all whilst mimicking it.

She poses with her finger pushing her lip up for a painful 10 seconds while the audience nervously laughs. Not cool, Wendy.

People are not happy.

Many have found William's mockery to be offensive and disrespectful to people who have cleft lips.

And she is yet to respond and apologize to the backlash.

But keep scrolling to learn more about Joaquin Phoenix's big win at the Golden Globes...