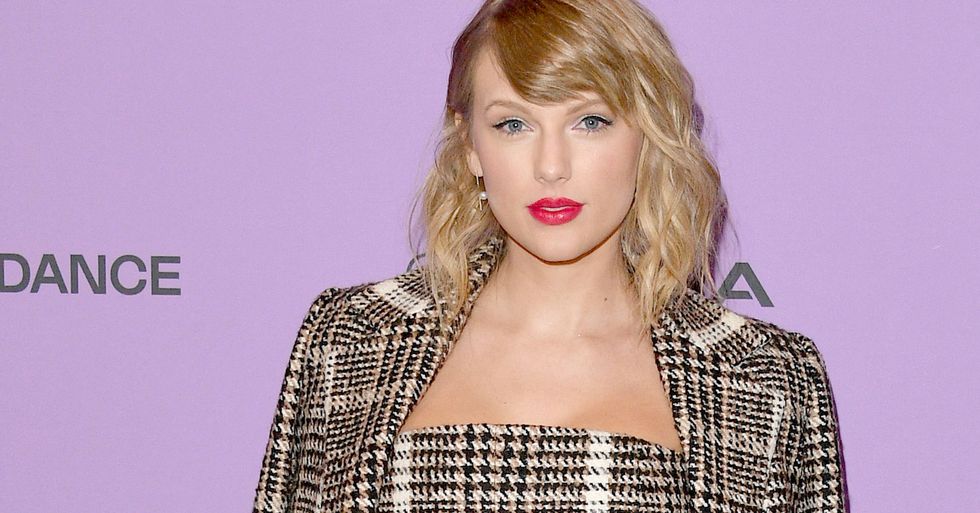 Like many of us, celebrities are also having to stay indoors and social distance, Taylor Swift included.

But when she posted a seemingly innocent photo on Instagram, some fans were less than impressed.

Some of the comments are truly brutal...

Like most of us, Taylor Swift has been kicking back on the couch.

She probably using it as a bit of relaxation time.

After the very busy and stressful few years, she's had.

All the way back in 2008, Taylor Swift signed a 10-year deal with a record company called Big Machine.

So basically, her entire career had been under one label. Every hit, every album. From Fearless to reputation.

So she's getting superstar money for her super-stardom. But Big Machine was with her from the beginning, and their relationship was surely special.

The problems started when it was announced that Big Machine was being purchased.

For a seemingly low $300 million. Low-key that seems kind of cheap for a label that represents like half of country music.

So basically, Taylor owns all of her music going forward, but Big Machine owns all the music she put out before 2019.

Yikes. As a dedicated artist, this is a big blow. So Taylor had to hope that whoever bought or controlled Big Machine in the future was a decent person. Well, uh, that didn't happen.

Everything changed when it was announced that Big Machine was being bought by Scooter Braun's company, Ithaca Holdings.

Taylor was not happy. And she called both Scooter and Scott Borchetta (former owner of Big Machine) out on Tumblr.

"For years I asked, pleaded for a chance to own my work. Instead, [last year] I was given an opportunity to sign back up to Big Machine Records and ‘earn’ one album back at a time, one for every new one I turned in. I walked away because I knew once I signed that contract, Scott Borchetta would sell the label, thereby selling me and my future. I had to make the excruciating choice to leave behind my past. Music I wrote on my bedroom floor and videos I dreamed up and paid for from the money I earned playing in bars, then clubs, then arenas, then stadiums."

"Some fun facts about today’s news: I learned about Scooter Braun’s purchase of my masters as it was announced to the world."

"All I could think about was the incessant, manipulative bullying I’ve received at his hands for years."

"This is my worst-case scenario."

"This is what happens when you sign a deal at fifteen to someone for whom the term ‘loyalty’ is clearly just a contractual concept. And when that man says ‘music has value’, he means its value is beholden to men who had no part in creating it."

"When I left my masters in Scott’s hands, I made peace with the fact that eventually he would sell them."

"Never in my worst nightmares did I imagine the buyer would be Scooter.  Any time Scott Borchetta has heard the words ‘Scooter Braun’ escape my lips, it was when I was either crying or trying not to. He knew what he was doing; they both did."

"Controlling a woman who didn’t want to be associated with them. In perpetuity. That means forever. "

"Thankfully, I am now signed to a label that believes I should own anything I create. Thankfully, I left my past in Scott’s hands and not my future. And hopefully, young artists or kids with musical dreams will read this and learn about how to better protect themselves in a negotiation."

"You deserve to own the art you make."

That was the quote that reigned supreme. I will always be proud of my past work. But for a healthier option, Lover will be out on August 23rd. Sad and grossed out." She then signed off with her name.

Okay, so that's already a lot.

But it really seems like Taylor means what she says and feels betrayed by her old label. Imagine working hard to make money for a label that sells you out like that? I can't imagine the pain she felt when this news hit her.

So Taylor felt wronged by Scooter's clients and feels like he orchestrated a lot of the drama in her life.

And that honestly, that doesn't feel too far from the truth.

WHY IS EVERYONE IGNORING THIS PROOF??? scooter literally exposed himself in a now deleted instagram story, before e… https://t.co/PbIW2QnaNs
— Arella ミ☆ (@Arella ミ☆)1561973988.0

So that's incriminating. The language of "buying" someone is just too much. But then... Scooter's clients jumped in to defend him.

Starting with Justin Bieber. And his apology/defense is a long one.

"Hey Taylor. First of all, I would like to apologize for posting that hurtful Instagram post, at the time I thought it was funny but looking back it was distasteful and insensitive... Scooter has had your back since the days you graciously let me open up for you! As the years have passed we haven’t crossed paths and gotten to communicate our differences, hurts or frustrations. So for you to take it to social media and get people to hate on Scooter isn’t fair."

What were you trying to accomplish by posting that blog?

"Seems to me like it was to get sympathy u also knew that in posting that your fans would go and bully scooter. Anyway, one thing I know is both Scooter and I love you." He then offered pointless solutions to this problem. Oh, give it a rest, Justin.

It seems like they're both hurting in their own ways.

Justin wasn't the only person to jump in and defend Scooter. Other artists such as Demi Lovato also piped up.

But Taylor's friends also had her back.

Halsey came to Taylor's defense. It seems like it's becoming harder and harder for solo artists to not get gobbled up by the music industry's machine. Taylor has been an inspiration for some emerging artists for pushing back and owning herself.

It was a messy period for the music industry.

And as Taylor Swift's latest album Lover was on the brink of being released, this only made the whole thing more important as this would be the first album that she technically owns. So of course, she made it worthwhile. You go, girl!

Even though the album got mixed reactions, she was proud.

And so were we. I may not be the biggest Swiftie out there, but knowing that she overcame something as damaging as this, and still managed to pull through, she deserves all the credit in the world.

But then, things took a devastating turn...

After enduring such a long battle, it seems as if the bad news just keeps on coming. But this announcement hits even closer to home...

Her mom had been diagnosed with a brain tumor.

After receiving chemotherapy for breast cancer, the doctors made a shocking discovery. They had noticed there was a tumor growing in Andrea Swift's brain.

In an emotional interview with Variety, she revealed this:

"While she was going through treatment, they found a brain tumor," Taylor told the news outlet. "And the symptoms of what a person goes through when they have a brain tumor is nothing like what we've ever been through with her cancer before. So it's just been a really hard time for us as a family."

This forced her to limit her upcoming tour dates.

Her mom's health was the main factor that influenced this decision. "I mean, we don't know what is going to happen," she explained. "We don't know what treatment we're going to choose. It just was the decision to make at the time, for right now, for what's going on."

"Everyone loves their mom... Everyone's got an important mom..."

"But for me, she's really the guiding force. Almost every decision I make, I talk to her about it first. So obviously it was a really big deal to every speak about her illness."

She had some advice for everyone out there saying: "She [Andrea] wanted you to know because your parents may be too busy juggling everything they've got going on to go to the doctor, and maybe you reminding them to go get checked for cancer could possibly lead to an early diagnosis and an easier battle...Or peace of mind in knowing that they're healthy and there's nothing to worry about. She wanted you to know why she may not be at as many shows this tour. She's got an important battle to fight."

But she has now relapsed.

"My mom is now fighting her battle with it again," she wrote in her "30 Things I Learned Before Turning 30" essay. "It's taught me that there are real problems and then there's everything else. My mom's cancer is a real problem. I used to be so anxious about daily ups and downs. I give all of my worry, stress, and prayers to real problems now."

It's been a very difficult time for the singer.

She really has been through a lot.

So, this time is probably a blessing in disguise for her.

Time to chill out, which she has very much been doing.

Taylor shared a snap to Instagram showing her doing what most of us have also been doing.

Spending our day on the couch.

Showing her sat on the couch with a wine in hand, she captioned the picture, "🍷 🐍 biiig isolation 🐍 🍷".

A big mood we relate to.

Although, it seems that some fans don't.

As they expressed their opinion on the picture, and its not a positive one.

This fan read a bit too much into the picture.

As they expressed their sarcasm writing: "Such a tough life. Maybe you could put this picture next to that of a young mom standing in line at a grocery with her mask on waiting for the opportunity to by food that she can barely afford to buy. Gimme a break. Thanks for the update". For more on celebs in quarantine, scroll on...