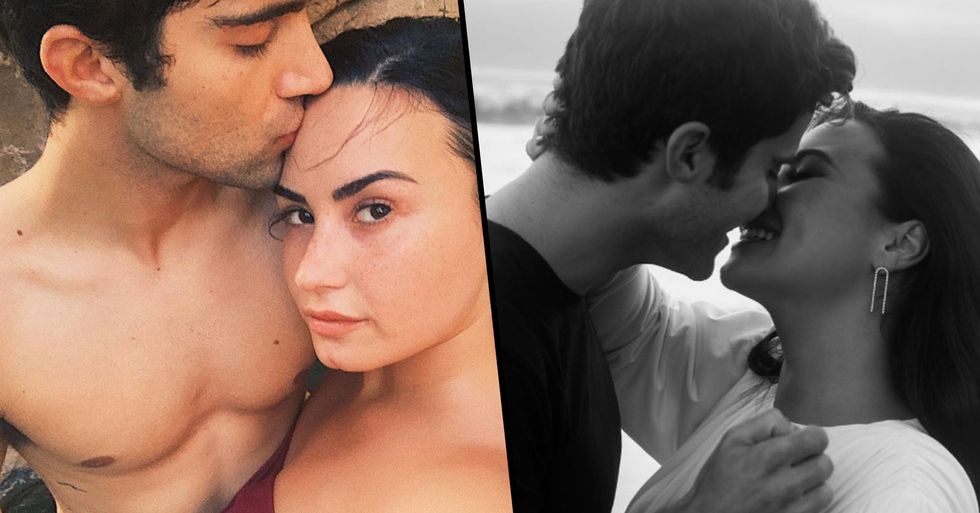 Fans Confused After Finding Out Demi Lovato's 'Vile' Engagement Ring Is Worth at Least $2.5 Million

Demi Lovato made the shock announcement today that she's now engaged, after 5 months of dating, in an emotional post to fans.

But, it seems some fans are less than impressed with the ring...

But it seems that not everyone is impressed...

And it seems there's one thing, in particular, that's raising eyebrows... the ring.

But, after Lovato posted the announcement...

Some fans have been mocking her engagement ring.

Some said they'd say no based off the ring alone.

You can't please everyone, right?

Many raised the point of the size of the stone.

Some also pointed out the price...

It doesn't take Einstein to figure out that this is one very expensive ring.

Safe to say, it got people talking...

"She has to wear that everyday forever now. It’s huge!"

Some rushed to the star's defence...

If I hear anymore Demi Lovato slander about her ENGANGEMENT RING being one rock she can’t smoke ur getting blocked… https://t.co/13pITOpTfL
— Kammywammy4.O (@Kammywammy4.O)1595509163.0

Amid the negative comments, fans felt forced to chime in.

Others, of course, simply gushed over the lavish ring.

They'll always be a select few who put negativity out there, but most of her fans were in love with her ring.

People were shocked, to say the least.

Nobody could believe their eyes...

It's one hell of a ring, we have to say.

Here's a close up of the ring in question.

And now more info on the ring has dropped, people are feeling even more annoyed.

And as for the price tag?

It's reportedly set Ehrich back somewhere between $2.5 million and $5 million. Ouch.

Which, given the current state of things ...

Does seem a little gross, right?

And fans are less than impressed.

We can think of a fair few better uses for that money, too!

Some even suspect a gaudy ring may mean a less than happy marriage.

We wouldn't want to speculate!

Another Disney star recently revealed she has got married, and the pictures are stunning. Scroll on for the full story...
20%

$20.95 $16.76
Buy Now
See More Deals
We hope you find these deals as awesome as we do! Just an FYI: we may receive a share of sales from links on this page