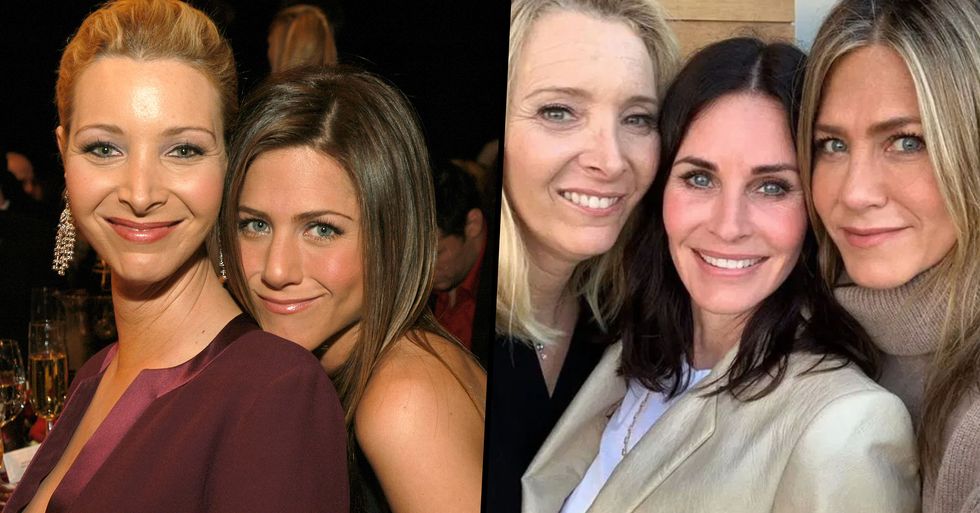 Annie Walton Doyle
Jennifer Aniston and Lisa Kudrow have broken the internet this week after it's revealed the pair have some rather strange nicknames for each other...

The Friends girls have hit headlines again this week.

Fans are shocked as a long-secret nickname has come to light.

And with it, we knew we would get some adorable Friends-girl moments.

But one, in particular, got the whole internet talking.

Because a secret nickname for the birthday girl has finally come out.

Jennifer Aniston shared a tribute to the star.

And referenced Kudrow as ... Floosh. Yes, you read that right.

Apparently the nickname is longstanding.

Many had all the feels.

We have to say, we're obsessed with their friendship.

A huge happy birthday to Lisa!

And thanks to Jen for giving us all a gift this year.

Brb, watching this on repeat forever.

Want more from Jen? Scroll on for her secret tattoo...