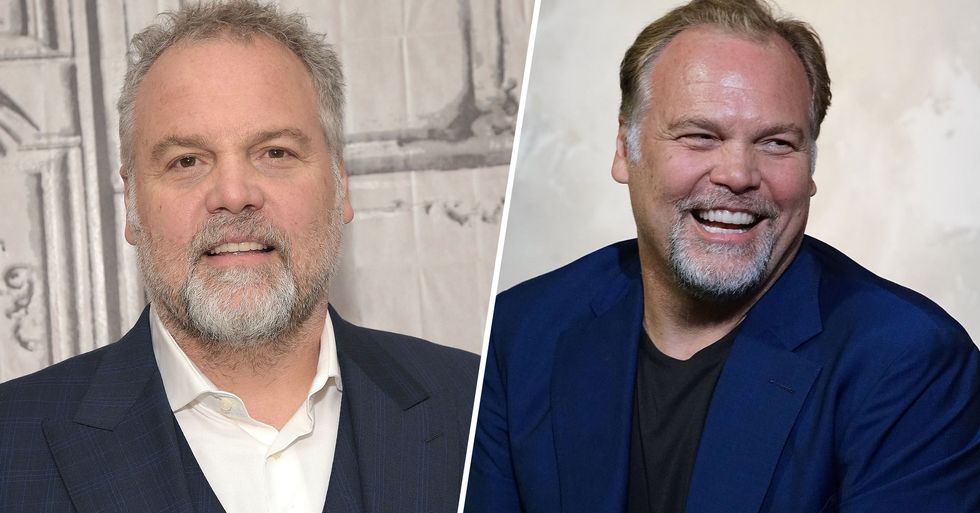 Fans Decide Vincent D'Onofrio Is the Best Actor of All Time, Even If Most People Don't Recognize Him Half the Time

Vincent D'Onofrio is perhaps one of the most underrated actors out there, and now, we are here to prove that he is actually one of the best of all time!

Have you ever heard of Vincent D'Onofrio?

Don't worry if not, because we haven't either!

Vincent D'Onofrio is an extremely diverse and successful actor... and we just don't realize it! Fans have even hailed him as "the best-underrated actor of all time."

But before we prove to you this very point...

Let's rewind a few years and see where it all started for this brilliant actor.

The actor spent a lot of his younger life working backstage at local theatres, and it wasn't until he graduated from high school when he started to appear on stage.

Alongside working as a bouncer for the Hard Rock Cafe and being a bodyguard for Led Zeppelin's Robert Plant. Unbelievable, right?

It wasn't until 1987 when D'Onofrio got his big break.

Yep, he played Pvt. Leonard Lawrence, an overweight, clumsy Marine recruit in the timeless war movie by Stanley Kubrick, Full Metal Jacket. Now that's where we know him from!

For this incredibly difficult role, D'Onofrio had to gain seventy pounds...

And this weight quite literally transformed the actor into an occasionally goofy and gentle man who could quickly snap into a deranged psychopath. Keep scrolling to see some of his best roles...

In 1992, he appeared in The Player as a bitter, idealistic, screenwriter.

D'Onofrio brings out his character's obsession with art masterfully, turning him into a believably ticked-off writer who can't stand the fact that smart, ambitious screenplays are rapidly losing value in Hollywood.

D'Onofrio landed himself a role as a maniac cop in the 1995 Stranger Days.

Strange Days is set on December 31, 1999, and follows the exploits of a former cop named Lenny Nero (Ralph Fiennes) who now peddles a powerful new experience. Using a special device attached to one's skull, a "user" can get the sensation of having another person's experiences. D'Onofrio is Burton Steckler, a maniac cop on the hunt for a special disc that contains incriminating footage.

In 1997, he landed himself an important role in Men in Black alongside Tommy Lee Jones and Will Smith...

As Edgar the Bug, an extraterrestrial creature who comes to Earth and takes over the body of a farmer. Now, we all remember this bizarre and hilarious character!

D'Onofrio's performance as the villain was just as essential as the leading roles...

The actor's performance as the grotesque Edgar is every bit as hilarious as the bickering of Jones and Smith. Rather than letting the makeup and fake teeth do all the work, he creates an entire physicality for the character - dazed expression, crooked mouth, slurred speech, and horrifyingly lumbering movements.

Movies about serial killers were all the range following Jonathan Demme's Silence of the Lambs, and in this particular movie, D'Onofrio plays a maniac with a twisted psychology that feels legit - and he does so within a completely fantastical story.

Showing that he is more than just a movie actor, he played Robert Goren, a brilliant investigator who specializes in comprehending the psychology behind criminality. While everyone agrees he's the best at what he does, Goren's personal eccentricities often drive his colleagues insane - which makes for an incredibly entertaining watch.

In the same year, he appeared in Sherlock.

Even in supporting roles, the actor never fails to show off his talents and diversity.

As the years have gone on, D'Onofrio has continued his acting pursuits...

And in 2006, he appeared in The Break-Up as Vince Vaughn's anxiously neurotic brother and business partner. Given that he typically does dramatic roles, it's always fun on those occasions when D'Onofrio flexes his comedic chops.

Playing a chronic worrier must have been tough...

It's hard to make someone like that funny rather than obnoxious, but D'Onofrio pulled it off perfectly.

He then landed himself a great role in 2015's Jurassic World.

His character, Vic Hoskins is actually a stereotype. He's the security expert in Jurassic World who wants to use Owen Grady's (Chris Pratt) trained dinosaurs as military weapons.

The actor clearly had a lot of fun with his role...

Which is what made us so engrossed enough to not hate his character more than we should of.

With these few examples...

It's safe to say that we've proven our point that D'Onofrio is, indeed, a very underrated actor and he deserves a lot more credit than he receives.

For more on this superb actor...

Keep scrolling to read about his hilarious story of visiting a "monkey jungle"...