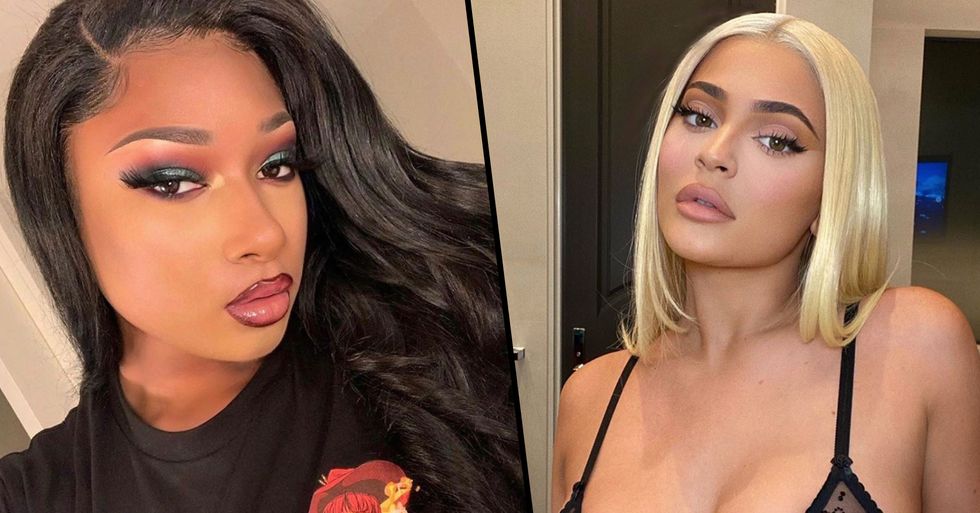 It turns out she was more involved than we realized...

She is now well known for her glamorous and lavish lifestyle...

She first arose as a young reality TV star...

Kylie and her big sister Kendall became the iconic duo in the reality series Keeping Up With The Kardashians when Kylie was just ten-years-old.

Inbetween 2014-2015, Kylie's lips were noticeably fuller and much plumper. Lip fillers were very much apparent, but Kylie continuously denied having surgery, and instead she blamed her sudden change in lip size on lip liner alone.

Which resulted in Kylie eventually admitting to having lip fillers due to her insecurities. But of course, who cares what a person decides to do to their bodies, right?

Apart from KUWTK and a few modeling jobs, Kylie decided she wanted to take a step down the path of business, so she started her own company in 2015 - Kylie Cosmetics. Her cosmetics company has been unbelievably successful and it has earned her a lot of money over the last few years.

It's time to meet billionaire Kylie.

Alongside being insanely wealthy...

But the most recent criticisms have come from something completely different...

And it's in connection to the shooting of the rapper, Megan Thee Stallion.

A video surfaced that apparently showed her bleeding from her foot after police stopped a car - also containing rapper Tory Lanez, who was later arrested.

And she took to Instagram shortly afterward to explain what happened. "I suffered gunshot wounds, as a result of a crime that was committed against me and done with the intention to physically harm me. I was never arrested, the police drove me to the hospital where I underwent surgery to remove the bullets."

So, what does Kylie Jenner have to do with this?

Well, it turns out that Megan and Tory were actually hanging out with Kylie just before the incident happened.

They were partying at a mansion in the Hollywood Hills with the reality star...

And the rappers were spotted hanging out in a hot tub with Kylie.

It was reported that the party turned violent at around 4 am...

And this is why the police turned up, which is what lead to Megan being shot and Tory being arrested.

Kylie was nowhere to be seen when the police arrived...

And fans have been demanding answers from the young millionaire.

Many were unaware of Megan's friendship with Kylie...

And people are finding it awfully coincidental that things escalated just as Kylie left the party.

People feel Kylie's escape from the drama is an example of white privilege...

White privilege is Kylie Jenner being in a car with a shot up Megan Thee Stallion and an arrested Tory Lanez with n… https://t.co/bpJ8nwHHTh
— Darian Scott (@Darian Scott)1594838581.0

And they are confused as to why Kylie's name hasn't been brought up in regards to the incident.

Some feel this is a race issue...

And many believe that the Kardashians actually have an awful lot to do these terrible incidents.

Kylie doesn't seem to care, according to her social media...

And fans are demanding that she speaks out about the terrible incident rather than post more and more photographs of herself.

Only time will tell whether Kylie decides to speak out or not...

And let's hope that she will do the right thing and give her version of events soon. For more on brutal accidents that have happened recently, scroll on...