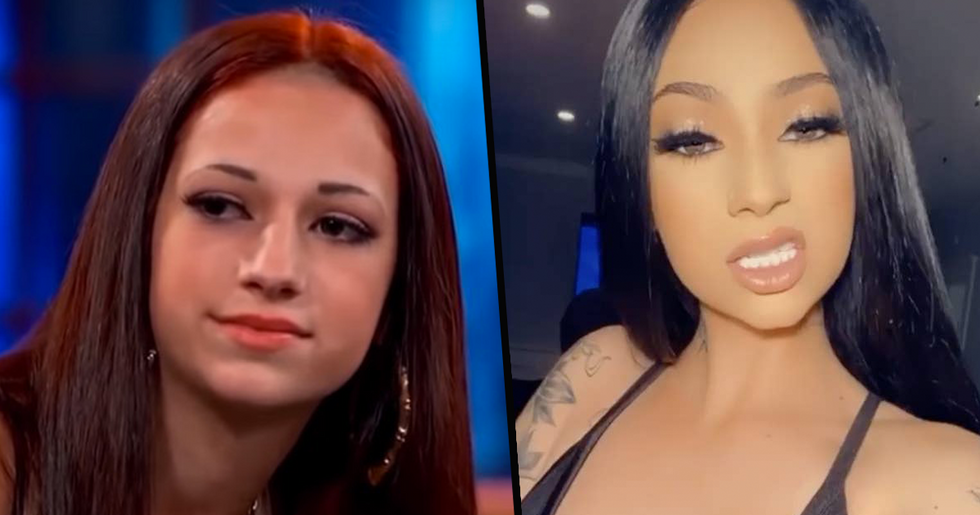 Danielle Bregoli always seems to be making headlines for all of the wrong reasons, and being accused of "blackfishing" is the most recent one. After her response to the backlash left a sour taste in her fans' mouths, she has now taken it upon herself to explain the reasons behind why she's "acting black." And to say it is ignorant would be a total understatement, not to mention disgusting.

Keep scrolling to see the video where she admits the horrible "truth"...

Bregoli rose to fame after what some describe to be an amazing appearance on Dr. Phil. The feature was about out-of-control teenagers, and Bregoli certainly lived up to that title.

But controversy has never been far from Bregoli.

And her latest social media move has the internet feeling annoyed.

She recently posted a whole bunch of videos to her Instagram...

And fans quickly noticed something strange.

... Mostly because she looks like a completely different race.

It is pretty shocking.

And, obviously, the internet did not hold back.

Here are some of the comments...

Emotions ranged from confused, to amused, to angry.

Some jokes were made...

Wow, they really do grow up so fast!

Blackfishing is actually a pretty problematic issue - and not something Bregoli should want to be associated with.

However, many pointed out the fact that the people who are angry are the ones who encouraged her behavior from the beginning...

A vast majority of the people that are mad at bhad bhabie are the same ones that encouraged her behavior & found it… https://t.co/2zTQUzhjKL
— ESSENCE (@ESSENCE)1586192416.0

Bregoli behaves in the way she does mostly due to social media influences and that is completely undeniable.

Although it doesn't seem that she's too concerned...

In fact, Bregoli just seemed thankful for the attention!

Bregoli then posted this on her story to address the issue...

Does the world have bigger fish to fry right now?

The answer seems to be "no" because the backlash just didn't stop.

If you think things couldn't get any worse for Bregoli right now, think again. The social media star took to her Instagram Live to address the issue yet again.

I vow that we stop these celebrities getting on Instagram Live because that's where it all seems to go wrong. Keep scrolling to see the full clip.

In true Bregoli fashion, she used her outside voice to say this:

"Y'all say that I 'try to be black because I...maybe [the] reason is because I grew up in the hood. Tarzan, right? The story of Tarzan—"

For those of you that aren't aware, Tarzan is a fictional character brought up in the jungle by gorillas...

So you're telling me Bhad Bhabie just compared growing up "in the hood" to growing up in the jungle being raised by wild animals? Problematic would be an understatement right about now.

I think this goes without saying, but fans were less than impressed.

This user couldn't quite believe what he had just heard.

While another tweeted this...

She has to be on something, right?

Imagine profiting off of "acting black" and then pulling a stunt like this?

Here's the video that just smashed her career to smithereens:

Canceled? Canceled. Keep scrolling to see another celebrity that seemingly ruined his legacy after his blackface receipts were pulled up...