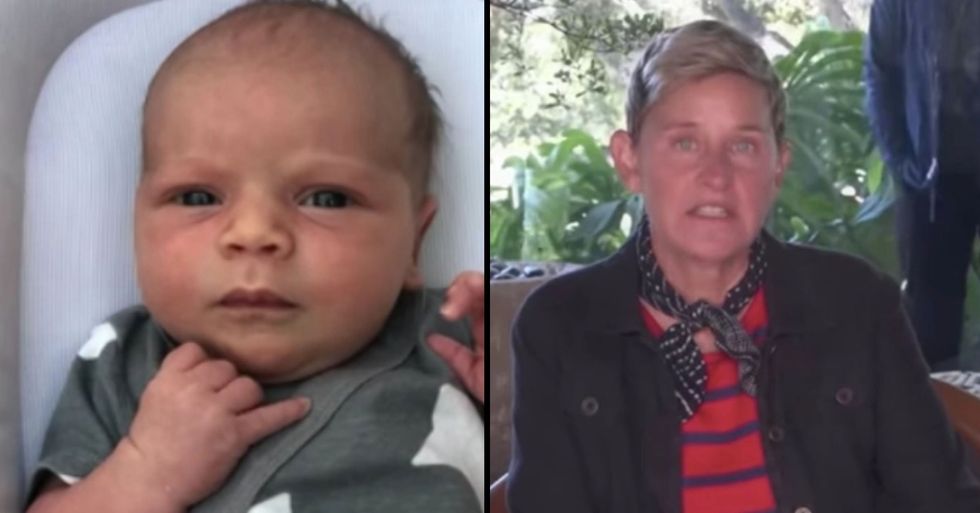 Rumors about the true nature of the seemingly warm and bubbly Ellen DeGeneres have been circulating the internet for years but only now are people choosing to pay more attention to them. But this recent revelation may be the worst of them all and yes, it hits pretty close to home for a lot of people...

Keep scrolling to see the disturbing video that left everyone questioning Ellen's motives...

Her behavior is shocking. And her latest move has everyone absolutely outraged. Read on to see the Ellen segment.

1. Ellen clearly doesn't care too much for writers strikes.

For a colleague's birthday, Twitter user, Alison Freer, was celebrating with a BBQ outside of the Warner Bros studios where The Ellen Show is filmed. However, Ellen was quick to shut down all the festivities by sending someone over to put a stop to the celebration, all because she doesn't eat meat. Not cool, Ellen.

In an episode that made us all want to claw our eyes out, an uncomfortable Mariah Carey was quizzed by Ellen on whether or not she was pregnant. And, when the singer wouldn't give an answer, Ellen wheeled out a bucket of champagne and pretty much forced a glass into her hand, stating, "Let's toast to you not being pregnant if you're not pregnant." Not your finest hour, Ellen.

9. She apparently chooses someone new to "hate."

This social media user claimed that her friend was once working in a restaurant where Ellen was dining. She claims that Ellen attempted to get a waitress fired after she discovered she'd broken a nail? Weird.

16. She has no respect for her current staff.

In a recent, weird segment on her talk show, the sixty-two-year-old rated her staff's babies after telling us "my staff [have] a lot of beautiful additions to their families. Clearly they had to be rated." Did they Ellen? Did they really?

In the clip, she lists her staff's newborns and gives them all a numerical number.

She began to score her e-commerce manager’s baby girl named Bo: "Well, she looks a little confused which is a very appropriate expression right now so that’s plus eight points. She doesn’t have any products from out Ellen Shop by her, so that’s minus two points."

But then she said awarded the baby with twenty points saying all the merch was sold...

I guess that makes it okay then?

She continued on her rating spree.

The next baby in the line up was her executive producer Derek’s grandson, named Javi: “Derek had that same look when we told him he had to figure out how to shoot this show via Zoom. The family resemblance is plus six points. I’m mad that I can’t pinch his little fat rolls while we’re in quarantine so that’s minus two points," Ellen said.

But in true Ellen fashion, the highest score didn't go to a baby...

It went to a dog, in particular, her associate producer’s "baby" called Gambler. People just weren't on board with this idea at all.

This user referred to it as "disturbing."

While this user described her behavior as "mean."

@TheEllenShow This is mean. I have felt for a long time that your obsession to scare people and then laugh at them… https://t.co/KyQ1W7Jhhf
— patty weinmeister (@patty weinmeister)1590494821.0

Here's the full video so you can decide for yourselves:

Did you think it was taking it too far or it was just a harmless joke? If you want to read some more Ellen related news, then keep scrolling to find out her awkward relationship with George Bush...