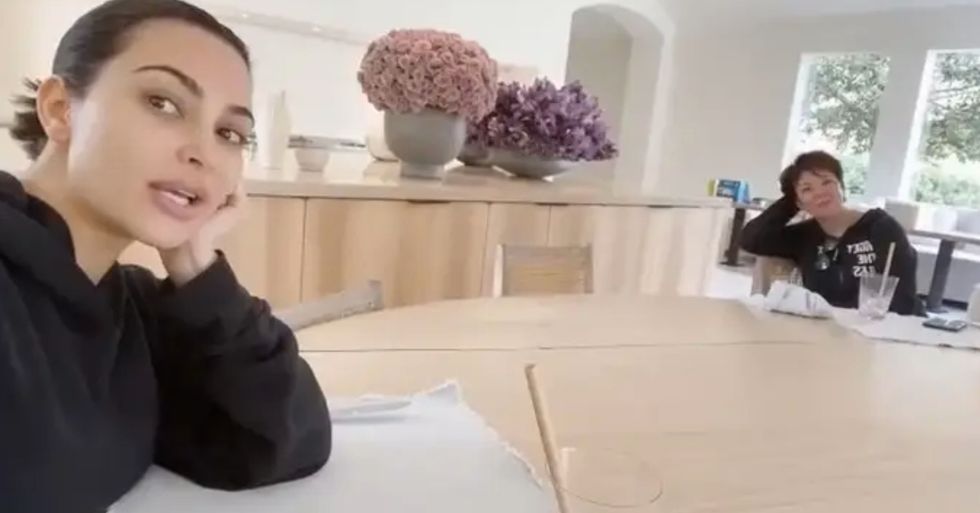 But the most recent outrage is all about the COVID-19 pandemic crisis.

And her most recent move has caused unimaginable outrage.

Of course, we are currently living through the COVID-19 pandemic.

The coronavirus has completely taken over the world and things have been getting deadly serious.

A lot of people have now died from the virus.

17,148 people, to be precise. A further 392,427 people globally are currently infected with the virus, meaning the majority of major countries are now issuing lockdowns and self-isolations.

Millions of people around the world are now self-isolating in a desperate bid to prevent the spread of the virus...

And this includes the Kardashian family.

Kris then piped in her opinion...

"I think it really made me feel better to get outside a little bit today. It made such a difference in my attitude, my energy, my mood, and it made me feel cheerful to see Kim and I think if you can guys, just try and get outside for a few minutes," the Momager said.

@KimKardashian If only you would social media distance! What you and Kayne did to Taylor Swift was appalling. You… https://t.co/CsTIQLJ7ku
— ET (@ET)1585001877.0

The majority of fans are still furious with Kim over the whole Taylor Swift controversy.

Watch Kim's video for yourselves here...

And keep scrolling for the most recent tea on Kim, Kanye, and Taylor Swift...