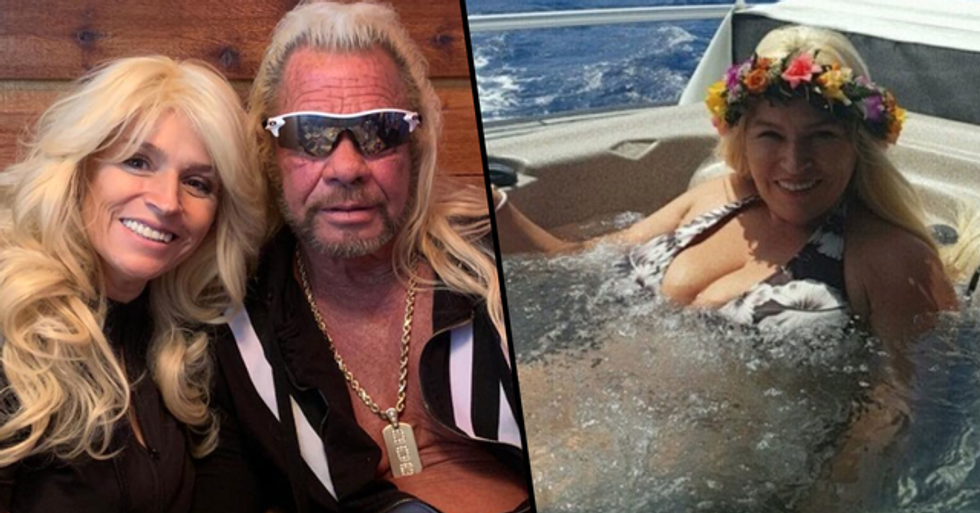 Dog the Bounty Hunter has this week come under fire after he dedicated an Instagram post to his late wife, Beth, on Mother's Day.

Keep scrolling to see the incriminating post, and to hear exactly why it has annoyed so many people...

Since he and Francie went public with their relationship, Dog has been receiving an awful lot of backlash.

His online behavior seems to have caused quite a stir among fans.

Dog has been behaving quite bizarrely on social media, and his photos of Francie contain some rather questionable captions.

He captioned a photo of his new lover with this alarming sentence:

"I scream & Cry Beth where are you why did you leave me then I look up & see you Francie & the pain turns to a smile I LOVE YOU WOMAN !!"

Earlier in the month, we found out that Dog had proposed to Francie.

And this weekend, he only added fuel to the flames.

Amid all his Instagram posts about his engagement to Francie, Dog decided to pay homage to his late wife on Mother's Day.

He shared this photo of Beth of the day dedicated to all moms, writing:

And this photo, where a visibly thinner-looking Beth smiles with her daughter-in-law, Jamie.

He captioned this post: "I am DOG Chapman chiracahua Apache The best Bounty Hunter in the world I am the husband of Beth Chapman And I miss her so much"

While it's perfectly normal and healthy for people to remember their lost loved ones...

Many have raised eyebrows at Dog calling himself Beth's husband so soon after proposing to Francie. "This should of been Beth's day only so sad you had the nerve to post his gf/wife in these photos rip."

And others are even calling the reality star "two faced" for having the nerve to remarry.

One Facebook user wrote: "Absolutely two faced that is disgusting for how he was saying there will never be anyone else and promised Beth he would never marry makes me so angry."

It seems that Dog may never catch a break.

For more on the turbulent life of Dog the Bounty Hunter, keep scrolling to read about his murder conviction...