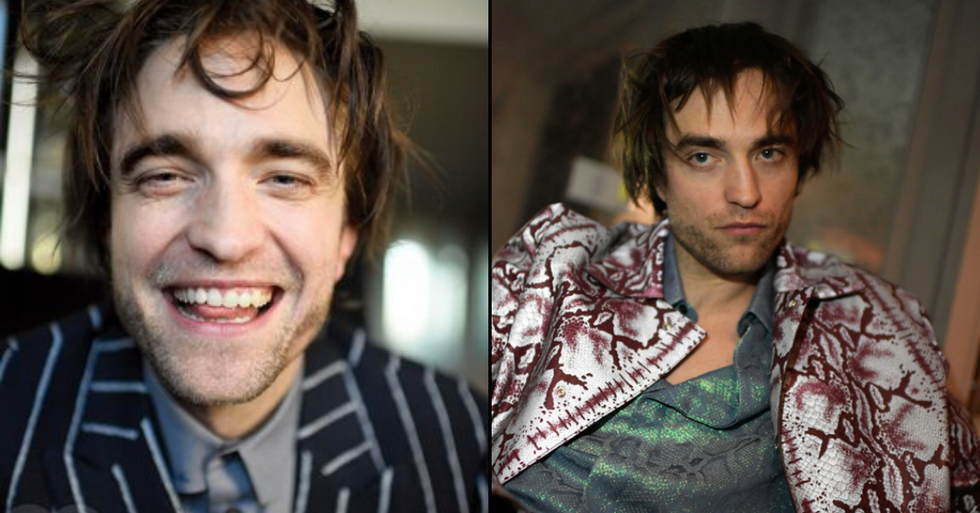 Fans Have A Lot To Say About Robert Pattinson's GQ Cover

Robert Pattinson has had an illustrious film career - eclipsed perhaps only by his hilarious off-screen persona. And nowhere has that been better encapsulated than in his amazing cover shoot and story for this month's GQ.

We know that that next Batman will be Robert Pattinson.

And it's safe to say people are pretty excited about the role.

Taking over the role from Ben Affleck, Pattinson will star as Bruce Wayne and his alter ego in Matt Reeves' The Batman.

It'll surely be an improvement on Ben Affleck, right?

How will Pattinson fare in the role? Let's try and guess by looking back at his most famous performance...

What could Pattinson's performance as Cedric Diggory, the HufflePuff prefect who competed against Harry in the Triwizard Tournament during Harry Potter and the Goblet of Fire, tell us about how he'll play Batman?

The Twilight saga so consumed this guy's career that we honestly forgot he was the first death in the Harry Potter series. Of course his time playing Edward Cullen is what we're gonna talk about!

Just look at this guy, being all gothic and in love.

Now, it's not difficult to make fun of Pattinson for his role in Twilight...

We mean, he did play a weirdo 148 million-year-old vampire who was so into a 15- or 16-year-old girl he climbed into her window at night to watch her sleep. It was a highly mock-able role.

You thought we were done making fun of Twilight? Oh helllllll no!

Just look at this guy!

Is he going to a Panic at the Disco! concert? How can he be infinite years old and still so mad at his parents for making him dress like a normie?

But it does sound like Pattinson was aware of Twilight's silliness.

Right around the time of the second Twilight movie, New Moon, Pattinson started giving interviews suggesting he wasn't as big a fan of the Twilight movies as, well, every girl between the ages of seven and 55. So maybe Pattinson is all right.

And maybe there is hope. After all, Matt Reeves is a great director.

And Robert Pattinson might be... a legitimately good actor?

For example, in this picture, Pattinson looks as though he's feeling cool and confident at a big Hollywood premiere when, in all actuality, he's deeply ashamed of how many McDonald's Filet-o-Fishes he ate on the way over.

Here we see Pattinson in Good Times, doing a thousand yard stare into the camera.

What an incredible actor this guy is!

You know how great you have to be to act all flat and unassuming when you're filming a scene with a baby? The answer is incredibly good, because babies are, in fact, very cute.

We can't believe we're saying this, but we're ... excited to see the guy from Twilight play my favorite superhero?

If you would've told us in the middle of the Twilight phenomenon that not only would Edward Cullen eventually play Batman, but that we'd also be super interested and kind of really dig the choice, would anyone have believed it?

But now, Pattinson's in the headlines for a different reason.

His latest GQ cover is everything we never knew we needed from the star.

People are obsessed with the pictures.

And it's even more impressive when you realize he took them all solo!

People are blown away.

But even better than the pictures? It has to be the story ...

We have to stan.

rob adding photographer, chef and entrepreneur to his resume all in one day?? uhm talk about being THAT iconic 🤯 https://t.co/oktUaBeLNf
— justine (@justine)1589284564.0

What a multitalented man! Want another iconic cover shoot? Scroll on for that time Jason Momoa cuddled a kitten ...