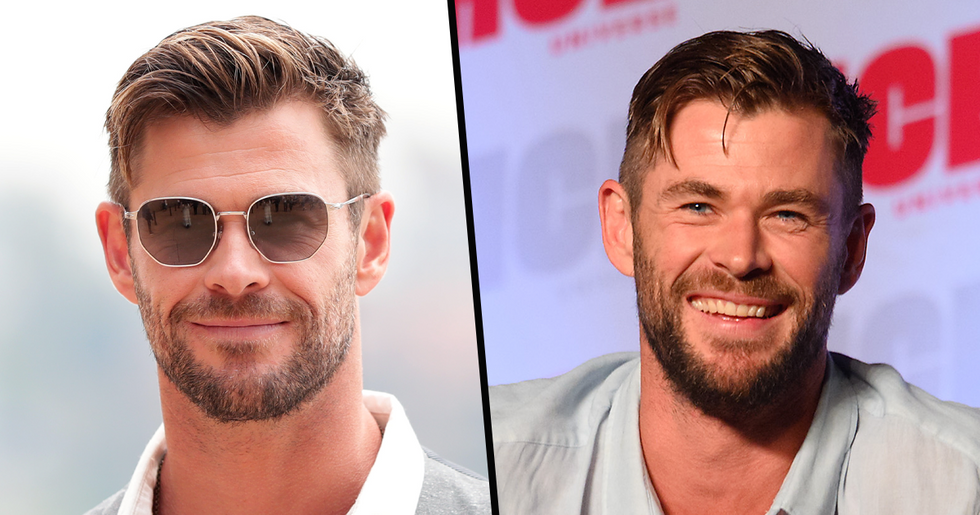 Chris Hemsworth has recently stunned fans with a rare photo of his mom... And everyone is saying the same thing.

But first, let's talk about his impressive career...

He is known best for his role as the God of Thunder. Since playing the character of Thor in the movie that was released in 2011, Chris instantly became the official heart-throb of the Marvel Cinematic Universe.

And following on from his Marvel stints, he went on to star in numerous Hollywood hits...

Playing the huntsman in Snow White and The Huntsman helped Chris show off his acting skills in a totally different light.

But it's safe to say that we're all pretty relieved that he made the decision to grace our screens in the past few years.

Because there's another reason we love to see the Australian actor on our screens...

He is insanely good looking.

It applies for both the Hemsworth brothers...

It's no secret that Chris and Liam are notoriously attractive.

It must be a Hemsworth thing.

They say it runs in the genes, right?

Both the Hemsworth brothers have always remained pretty low-key on social media...

And their family lives have always been kept private.

Not much is known about the extended Hemsworth clan...

And as for their mom?

Well, Leonie Hemsworth is very rarely mentioned in the brothers' socials, apart from the odd throwback photo on Instagram.

Very little is known about Leonie...

Reports claim that she is still happily married to the brothers' dad, Craig Hemsworth, and is a teacher by profession.

But recently, Leonie has set the internet ablaze.

For Mother's Day, Chris shared a series of snaps to celebrate the 2 mother's in his life - Leonie and his wife, Elsa. But people are completely losing their minds over how incredible Leonie looks for her age...

He started by sharing a cute photo of Elsa with the caption:

"Happy mother's days to all the incredible mums out there we salute you!! Xoxo" Yes, very nice, very heartfelt... But let's get to the good stuff.

He then shared this selfie with Leonie and Elsa.

And, can I just say, Leonie looks more like his sister than she does his mother. People were in awe at her incredible appearance, "Your mum and your wife look the same age and that is NOT a dig at your babe wife," one person commented, while another agreed, "Your mum looks SO young!"

It really is remarkable.

"I know it's cliche but she really does look more like your sister. Some fab genes there," one person noted.

Though some had a little more crude take on things...

It's awful but it's true.

Maybe having 2 insanely attractive and successful sons is the secret?

If so, I'm definitely doomed... For more on Hemsworth drama, keep scrolling to read about Liam's highly publicized divorce with Miley Cyrus...