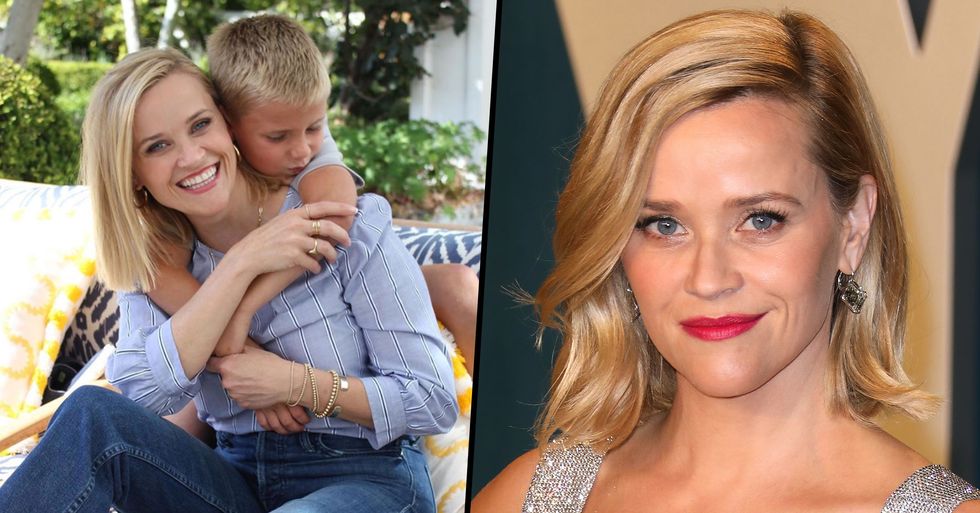 Chloe Rowland
Reese Witherspoon has got on the wrong side of fans after posting "dangerous" photos on her son. Now, she is being mom-shamed...

Reese Witherspoon has landed herself in some hot water with fans this week.

And it was all down to a series of photos she uploaded to social media.

The pictures caused the star to be on the receiving end of mom-shaming comments.

Several people were far from impressed with what they saw.

We all know who Reese Witherspoon is...

Coined as "America's Sweetheart" the star is one of the most famous actresses of our time.

She has some impressive accolades to her name.

Including the fact that, according to her IMDB page, she held the role of the highest-paid actress in Hollywood in 2007.

She hit the scene at the tender age of 7.

After dabbled in modeling, she made her first major acting debut at the age of fourteen in 1991's The Man in the Moon.

Did you know "Reese" is actually the star's middle name?

That was Reese’s nickname as a child. And we're willing to bet this had something to do with the roles she takes on, and also the name of her own production company... Type A Films.

But a career for Witherspoon on the big screen very nearly didn't happen.

During her first year out of high school, Witherspoon considered abandoning acting altogether to follow her parents into the medical field.

But, she decided to stick with acting following her success in 1996's Freeway.

The flick earned her the Catalonian International Film Festival award for best actress.

In the late '90s, Witherspoon managed to firmly establish herself as a talented actress.

Her career continued to soar into the early '00s.

And of course, her portrayal of Elle Woods in 2001's surprise box office hit Legally Blonde, earnt her an entirely new fanbase.

The movie's success propelled the star to Hollywood actress status.

And made her one of the most sought after stars in the business.

The star's success on both the big and the small screen has continued.

Witherspoon gained even more recognition for her role in Big Little Lies.

The HBO series in which she produced and starred in alongside Nicole Kidman, Shailene Woodley, Alexander Skarsgard, and Laura Dern, garnered significant critical acclaim.

It didn't stop there, either...

Just as recently as last year, Witherspoon teamed up with Jennifer Aniston and Steve Carell on The Morning Show, one of the original programs launched by the Apple TV+ streaming service.

Witherspoon continues to expand her empire as an actress, activist, and entrepreneur...

She's a woman who seems to have it all.

And she has a whopping fifty-nine movie credits to her name.

The star is mom to twenty-year-old Ava, sixteen-year-old Deacon, and 7-year-old Tennessee.

Family clearly means a lot to the star.

And she regularly posts snaps of her children on social media.

Her youngest, Tennessee, is a regular on her Instagram.

But it seems a new picture has been causing a stir among fans.

Some have gone as far as to mom shame the star for the "dangerous" snaps. Yikes.

People were less than impressed.

@ReeseW Am I the only one looking at that car handle thinking it was definitely not designed to hold that weight lol
— lionsfan22 (@lionsfan22)1598892014.0

And many took to calling the star out on Twitter.

And it's clear many thought the same thing.

This is not good.

What do you think? Surely this is just kid being a kid? For more on Reese Witherspoon, scroll on to read all about the upcoming Legally Blonde 3...