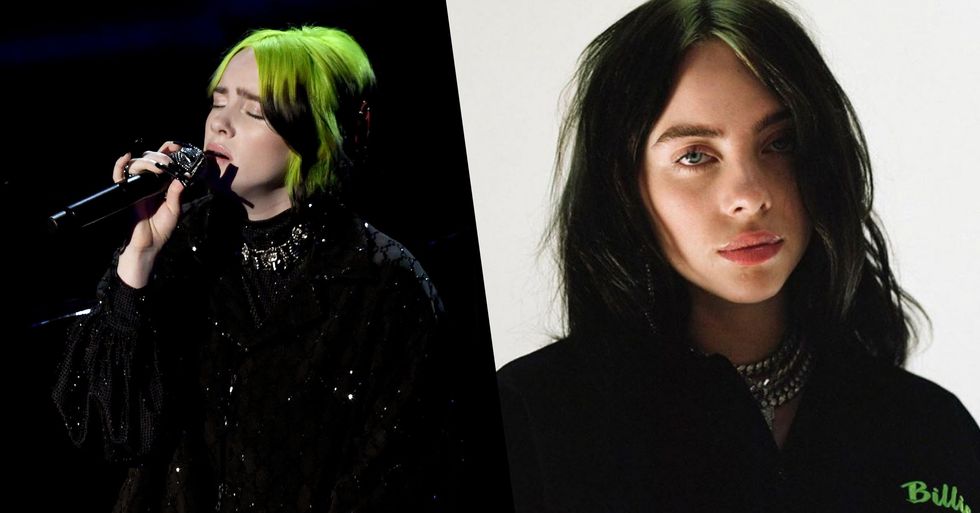 Billie Eilish has become something of a teen sensation. From her unique fashion sense to her unconventionally catchy tunes, at just eighteen, she's truly taken the music industry by storm.

She's gone from strength to strength, but her latest career move may be her most high-profile yet. The star has landed the lucrative James Bond theme song gig and fans are hailing it as the "best ever."

She's been writing and creating her own music since she was incredibly young, and has risen to fame with huge hit album When We Fall Asleep, Where Do We Go? last year.

And that only helped her fanbase grow stronger. The eighteen-year-old singer is well-known for her catchy beats and dark lyrics. Despite being so young, it seems as if she has already cemented her position within the music industry.

Oh, and that's not to mention the whopping thirty-four awards she has under her belt.

The star loves to experiment with fashion and it seems to garner just as much attention as her music.

There's no stopping the star.

In the last few months alone she's released a new track, titled "Everything I Wanted" and starred in one of the best Carpool Karaokes we've seen.

Her career is truly going from strength to strength.

And her latest move is one of her biggest yet...

The teen previously took to Instagram to drop some major hints about penning the  theme song.

The Bond theme song is a huge gig.

The likes of Adele, Madonna, and Paul McCartney have recorded tracks for the smash-hit franchise.

Which of course, many took as a blatant hint that she is involved in the next film, scheduled for release in April.

And it also makes her a record-breaker.

At just eighteen, the star is the youngest ever artist to sing the theme song.

Billie dethrones Sam Smith, who was twenty-three when they sang "Writing’s On The Wall" for Spectre in 2015.

Her single, "No Time To Die" was finally released today.

And reactions have already been pretty stong online. Keep scrolling to listen to the long-awaited track.

The track was co-written by her brother, Finneas.

Her brother has co-written and produced many of Billie's other smash hit offerings.

Many have been hailing the new James Bond single as the "best ever."

The track has sent twitter into a complete and utter frenzy.

Billie has been lavished with praise.

"Just listened to Billie Eilish’s Bond theme No Time To Die and it’s one of the best vocal performances I’ve ever heard on a record. Dynamic, delicate and so precise. Loved it," wrote another user.

Have a listen for yourself:

Do you think it's worth the hype? No Time To Die is heading to theaters in April. Billie has revealed why she only wears baggy clothing, and it's not why you'd expect. Keep scrolling to find out more.
20%