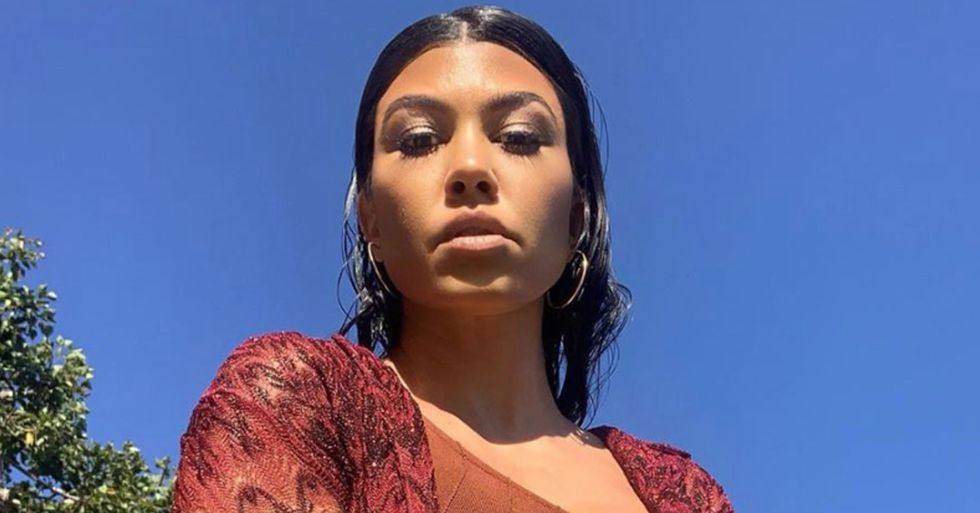 Fans have been expressing their serious discomfort over Kourtney Kardashian's most recent picture with her new, and much younger, "best friend" Addison Rae.

Keep on reading to see why people are so uncomfortable...

Kourtney Kardashian is facing some serious heat from her fans...

Now, each of the Kardashian sisters has a massive influence on social media...

To say they’re Instagram-savvy is probably an understatement… So we aren’t too surprised whenever one of them comes under social media fire.

But, as one of the most famous families of our generation, they are constantly scrutinized.

They can't even step out of their house for lunch without the flashing of cameras and the spiteful words of critics.

It's clear that Kourtney has well and truly moved on...

And alongside some brief romances with some much younger guys, it seems that the reality star has found herself a much younger friendship group too.

Addison is only nineteen-years-old... making her twenty-two years younger than her new best friend.

They have only been friends for a few months...

But over the lockdown period, it has been reported that the pair have grown to be inseparable after Addison has been spending a lot of time at Kourtney's mansion.

But a recent bikini-clad photoshoot between the pair has left Kourtney's fans feeling a little bit uncomfortable.

The friends were posing in matching glittery bikinis...

And the photo has certainly left some fans with a sour taste in their mouths.

Here is one of the posts that freaked people out.

Do you feel that Kourtney's friendship with Addison is inappropriate and weird? Well, in the meantime, keep on scrolling to read about the time Kylie Jenner was roasted over leaving a small tip at a restaurant...