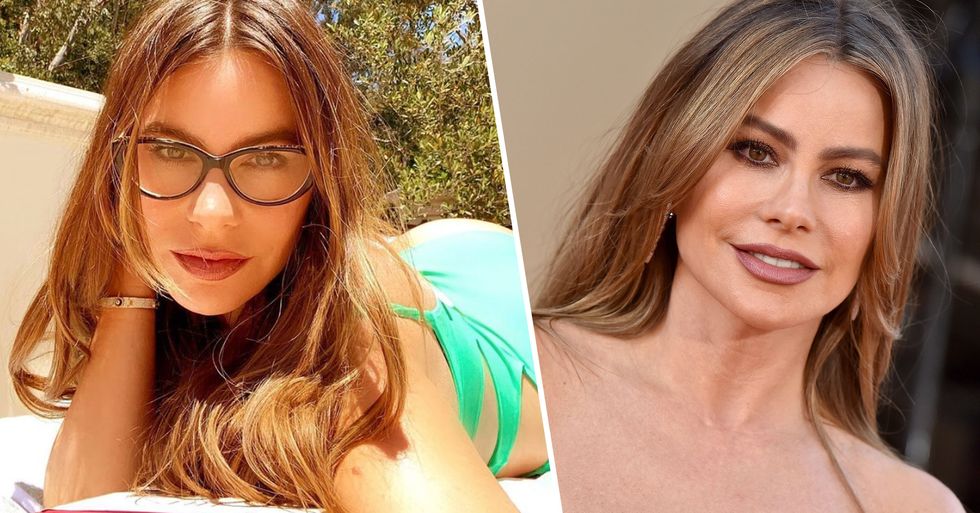 Sofia Vergara has shocked her fans with some recent thirst-trap pictures on Instagram and people just can't believe her real age.

Keep scrolling to check out the amazing photos...

Where do we even start?!

The American-Columbian actress is known for her stunning looks...

But her career as an actress goes way beyond her natural beauty.

Sofia was raised in a Roman Catholic family - something that is very common in this part of Colombia.

Initially, she went on to study dentistry at a college in Colombia...

But after 2 semesters, she decided to drop out and pursue a career in modeling and show business.

She was first noticed at the young age of seventeen.

A photographer spotted her on a Colombian beach and she was quickly presented with offers for modeling work and television roles.

Her portfolio began to grow...

And it didn't take long for Sofia to be in high demand in the Colombian modeling industry.

Her brother, Rafael, was murdered by a group during an attempt to kidnap him. Not wanting to be caught in the unrest in Colombia at the time that resulted in the murder, Sofia decided to emigrate to the United States and she settled in Miami.

When she started her life in Miami...

But its safe to say that what we all know and love Sofia for...

Is her role in the hit sitcom, Modern Family.

And fans instantly fell in love with her quirky and hilarious character.

Sofia's character has been a fan-favorite since the show aired in 2009...

And it's safe to say that her role as Gloria shot her to global stardom.

As for Sofia's personal life...

She was first married at the age of eighteen to her highschool sweetheart and they had their son, Manolo, together in 1991. But they soon divorced in 1993 and the actress went on to have numerous relationships over the years.

Sofia has been married to True Blood star, Joe Manganiello, since 2015.

She is now a United States citizen and is one of the highest-paid actresses on television... so it's safe to say she's built a pretty incredible life for herself.

It's obvious that Sofia is greatly admired for her stunning looks...

And fans take a lot of joy from her regular posts on Instagram.

And she most certainly delivers content that millions of people want to see!

Her most recent Instagram snaps have left fans shocked to their cores, however.

People have been questioning her age, because quite frankly, fans can't believe how old she actually is.

The snaps show Sofia lounging by her private pool in a green bathing suit...

And fans have been leaving comments such as, "An attractive, sexy look that is also age-appropriate. Someone tell the Kardashians."

Are you ready to see the snaps?

We present to you forty-seven-year-old Sofia Vergara!