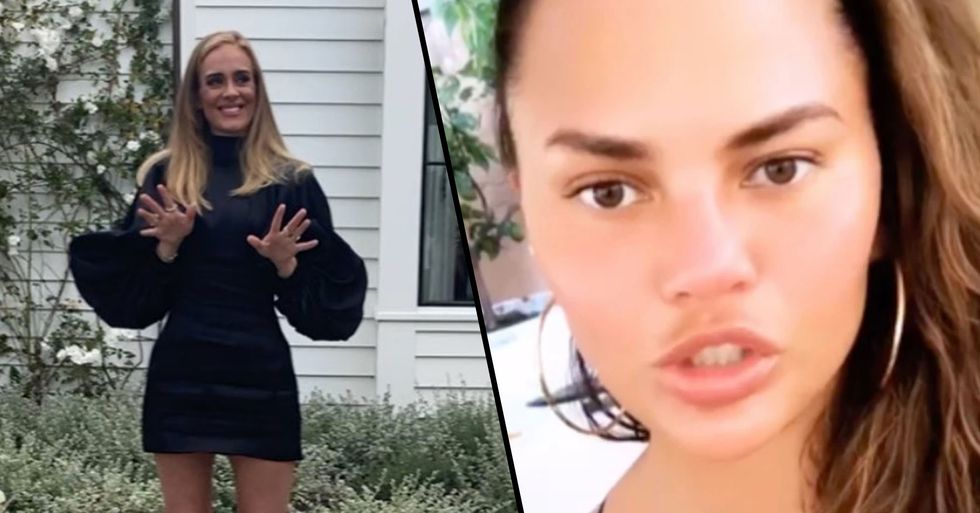 Adele has recently shown off her incredible weight-loss transformation, and fans and celebrities alike have been praising the singer for her amazing accomplishment.

But some people have been coming under fire for their comments, and Chrissy Teigen has been one of them...

She won multiple awards within the year of her graduation in her native UK.

But in the last year, the singer has been shocking fans with her sudden weight loss.

Adele has always been gorgeous, but she has always talked about how she wasn't happy with her body...

And the star is rarely active on social media.

Which is why her most recent posts have been shocking fans to their core.

And last year, Adele went on to reveal to a fan just how much weight she actually lost.

At first, the fan didn't even recognize her... According to local media, Lexi Larson from Massachusetts didn't recognize Adele at first, but when she and some friends went into Blanchards Restaurant and Beach Shack, they noticed that Adele was sat with Harry Styles.

She overheard the singer telling Styles about her weightloss...

This is an incredible achievement...

Adele, is that you?

Are you ready to see it?

Here is the infamous and very beautiful photo...

People have been showering Adele in praise...

And have been marveling at the journey she has come on throughout the last decade.

But, while most people simply congratulated the singer...

Others praised her in a slightly different way, and have thus received a whole lot of internet backlash as a result.

With the simple Instagram comment, "I mean are you kidding me." To most of us, this is a quirky way of complimenting the singer's dramatic new look... Right?

Well, people aren't too happy with the TV personality.

Many have called out Chrissy for seeing Adele only for her appearance, and not for the talented musician she is. Okay, so I don't think Chrissy meant any harm by her comment, but people are mad.

And others are slamming all of Adele's admirers.

"Adele has always been beautiful but twitter only decides to notice when she’s lost weight. Yeah okay, society is definitely not fatphobic..."

Some believe that, because Adele hasn't commented on her weight loss, others shouldn't be either.

it is fatphobic to applaud or congratulate adele, who has said nothing publicly about it, for her weight loss. you… https://t.co/zZIiu5BDHj
— ben (@ben)1577200758.0

Apparently, complimenting Adele on her image is "loathsome" and "fatphobic."

Do you think people are being "fatphobic"?

Well, I for one do not, and think that Adele deserves all the praise in the world. For more incredible weight-loss stories, keep scrolling...