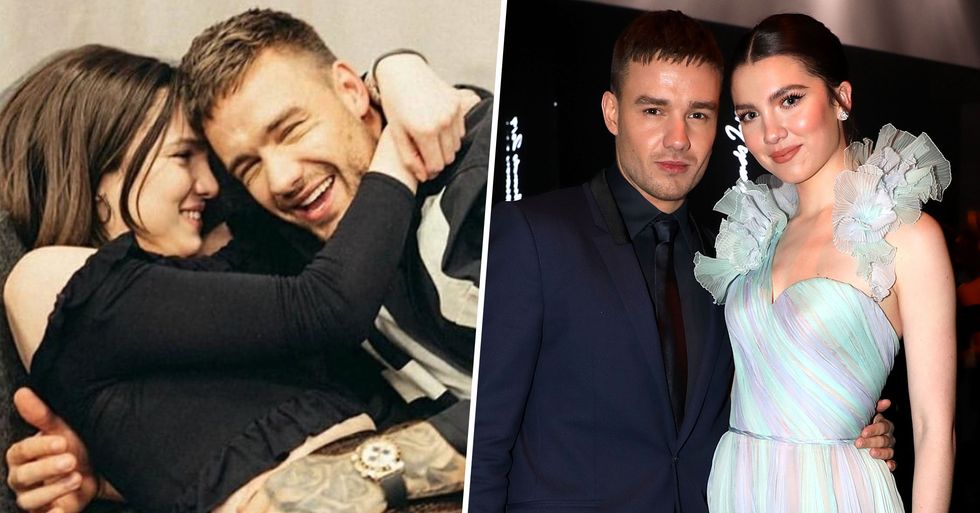 Liam Payne has landed himself in hot water with fans have they spot the "ridiculous" engagement ring he reportedly gave to his girlfriend...

The One Direction star has reportedly taken the next step with his girlfriend.

But, after seeing the ring...

Many people are less than impressed.

In fact, many have slammed the star.

Branding the ring as ridiculous.

Liam Payne first entered our lives back in 2010.

Who can forget the One Direction frenzy that descended upon us that year?

He first appeared on the British singing show, The X Factor.

At the ripe age of fourteen, Liam auditioned on The X Factor in 2008. Though he was unsuccessful, judge and music producer, Simon Cowell saw the potential in him and encouraged him to come back to try again in 2 years.

And, sticking to Simon's advice, Liam returned in 2010.

And he smashed it. During the "Bootcamp" stage of the show, Payne was teamed up with 4 other boys who were also competing on the show, ultimately forming a 5 piece boy band.

Que the birth of One Direction.

Alongside Harry Styles, Zayn Malik, Niall Horan, and Louis Thomlinson, Liam had unknowingly become part of one of the biggest boy bands of our century.

The world went One Direction mad.

Even though the band finished third in the show, their first 5 albums were monumental successes and catapulted the boys to international stardom.

They were the ultimate teenage heartthrobs.

It was like a fever. Teenage girls far and wide went completely mad for One Direction, as they quickly became the most idolized and desired boys in the world.

And they remained just as desirable as they entered adulthood.

Yep, the teenage heartthrobs aren't so teenage anymore. As the years went by, the band grew into handsome young men and remained in the spotlight (and dreams...) of women all over the world.

Though the band are no longer together...

Back in 2015, following the departure of band member, Zayn Malik, the group announced that they would be "taking a break," subsequently breaking the hearts of all die-hard One Direction fans. Speaking on BBC Radio, Liam said that it would be nice to have time to write songs without the pressure of touring and traveling around the world. "Obviously we're all going to take a break for a bit first and then consider where we are in the world," he said.

But the break never ended.

To this day, One Direction fans are yet to hear any news of a reunion. Since their break, the boys have gone their separate ways, with a few of them embarking on solo careers.

And Liam has remained well and truly in the spotlight.

It turns out that there is life after One Direction after all! Though the boys have all been successful in one way or another, Liam, in particular, has excelled with his solo career. His debut song, "Strip That Down," which was co-written with Ed Sheeran, completely banged and made it to number 1 in the UK charts.

He's certainly made a name for himself as a solo artist.

Despite fears that his solo career would flop, Liam has gone from strength to strength, releasing an array of hugely successful tracks. He has also taken part in several collaboration projects, including the song "For You" with Rita Ora, which featured in the film, Fifty Shades Freed.

And his relationship with former X Factor judge, Cheryl, was also highly publicized...

There was a lot of controversy over the relationship between Liam and Cheryl. Whether it was the 10 year age gap, the fact that Cheryl was rumored to once have had a thing with Liam's record label holder, Simon Cowell, or just plain jealousy, Directioners were not happy with their romance.

They even had a child together.

And now it seems the star has found love again.

Liam has been dating twenty-year-old model Maya Henry for the past 2 years, Capital FM reports.

And it looks like the pair are ready to take the next step.

Because the star has reportedly popped the question to Maya.

The pair were spotted for heading dinner at the upmarket Novikov restaurant this week.

And eagle-eyed fans were quick to spot that Maya was sporting a rock on her engagement finger.

And, after they did some digging...

They found out how much it costs.

People were far from happy.

Take a look for yourself below.

For more celebrity engagement rings, scroll on to find out why everyone was mocking Demi Lovato's...