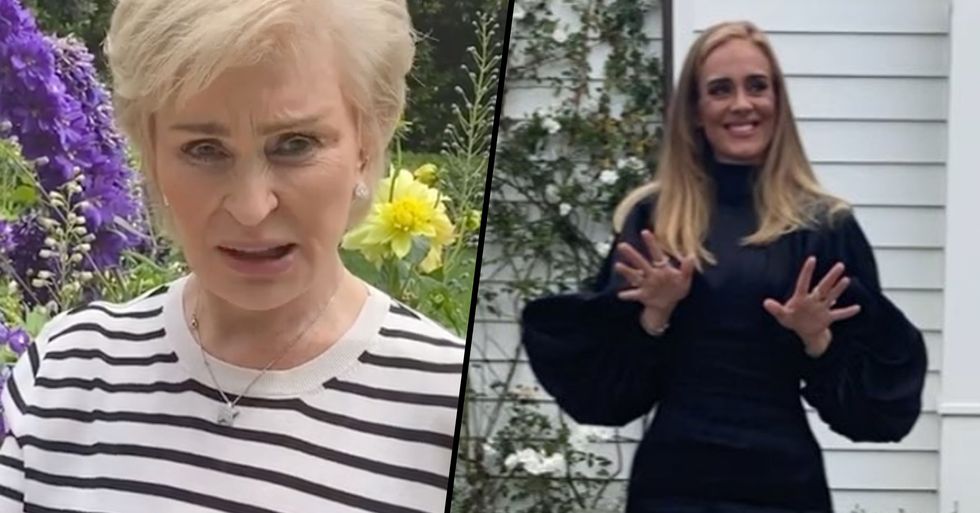 Since Adele posted that birthday snap, a social media firestorm has ensued. Now, Sharon Osborne has been slammed for her comments...

Although many comments have rubbed people up the wrong way...

And Sharon Osborne's are the latest to spark backlash.

Geracimo continued: "She embraced better eating habits and committed to her fitness and 'is sweating'! I could not be prouder or happier for her! This metamorphosis is not for album sales, publicity or to be a role model. She is doing it for herself and for [her son] Angelo."

However, it seems that this week, one celebrity has come under fire for her comments about Adele's weight loss.

On Tuesday, Sharon Osbourne and the other ladies of The Talk weighed in on Adele's Instagram pic.

And the internet is not happy with what Sharon had to say.

The star praised Adele for her weight loss, saying she looks "absolutely fantastic," and went on to say she doesn't believe "really big women" are "really happy in their body." Yikes.

"Because I was really, really big [once] and I wasn't happy," Sharon continued. "Sure, on the surface, ha, ha, but at night, in bed, alone, I was very unhappy."

But it seems Sharon hasn't taken into consideration what other people are saying.

People rarely wake up one day and think, "the body type I have is wrong." That ideology is taught through society telling us what size we should be or through other people's bullying or remarks.

Some said that happiness and self-esteem have nothing to do with your body.

"Unfortunately in the current day I think too many people are not happy in their own bodies, but that’s not down solely to weight, unfortunately we are living in an escalating superficial society striving more and more for an unrealistic appearance."

Why can't someone be happy with themselves if they are "bigger"?

Although, some had a different take on Sharon's comments.

Many people defended Sharon, pointing out that not only did they feel she was speaking a truth "many didn't want to hear," but that she was drawing in on her own experiences with weight loss.
20%