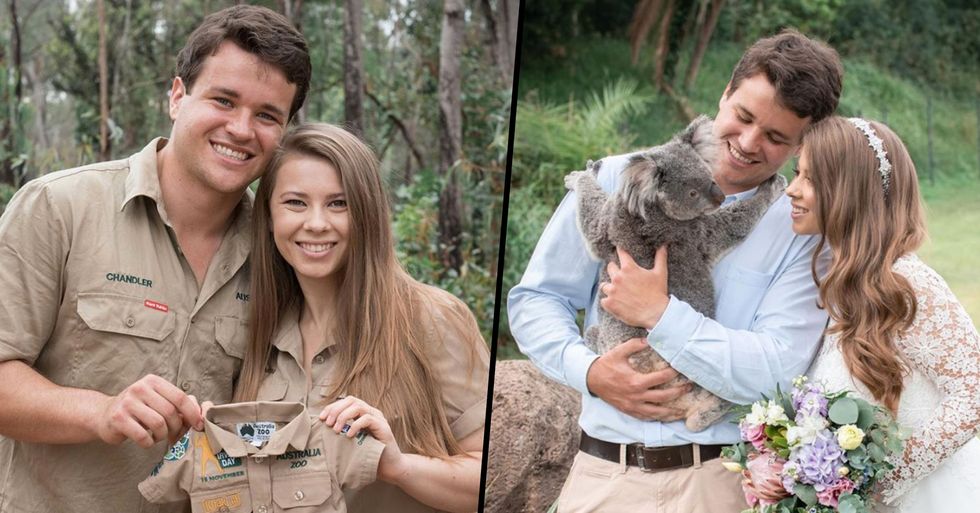 Today, Bindi Irwin revealed that she and her husband, Chandler, are expecting their first child.

Understandably, the internet has gone into full meltdown since the news broke, but some eagle-eyed Irwin fans have spotted a hidden secret meaning in her announcement...

News came in today that beloved Bindi Irwin is pregnant.

The world has been in awe with Bindi for a number of years now.

But it seems her announcement isn't all that it seems...

With many fans pointing out what they believe to be a hidden meaning in her post.

I mean, who doesn't love the Irwins?

Steve's daughter, Bindi Irwin, was incredibly close to her dad...

The couple has yet another exciting announcement.

Yep, Bindi took to Instagram today to reveal that she is pregnant with her first child.

Which is the official Steve Irwin Day in Australia. What a beautiful tribute. For more on the Irwins, scroll on...