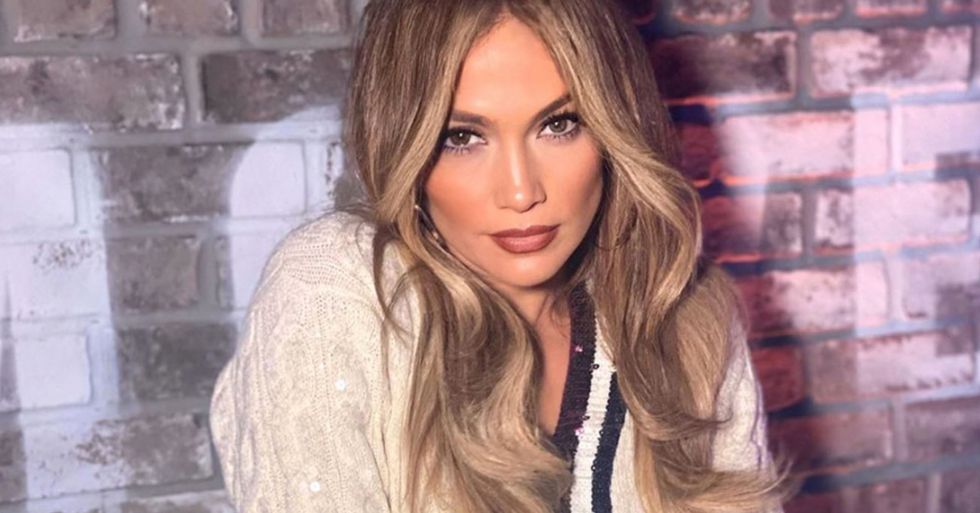 Jennifer Lopez has been a household name since the mid-nineties and has given us multiple banging tunes and feel-good movies.

But in her latest quarantine selfie, fans think they've spotted something creepy ...

In this sweet post, Rodriguez proudly posts his beautiful modern family. We can expect now that the pair are married that this family model will continue growing from strength to strength.

During quarantine, J-Lo made a very relatable admission.

Many of us are struggling with homeschooling our kids - and it seems Lopez is no exception.

She was interviewed (via videolink) by Ellen DeGeneres.

And she offered some experiences any new-to-homeschooling parent can relate to.

"Honestly, I think we're all like, what is this?"

"I'm not a teacher, and also, have you seen the maths that they make the kids do now? It's a new maths."

"Half the time I'm like, 'OK, yeah, let's look up that word. What does that mean? It's been an experience, for sure."

Another of J-Lo's favorite quarantine activities?

This one being no exception.

But what's that in the background?

It looks like a tied up man wearing a mask!

Sure, it might be an optical illusion - but it's still a very frightening one!

As fans were quick to point out!

What do you make of it? Want more celebrity lockdown antics? Scroll on for Ellen Degeneres' latest blunder...