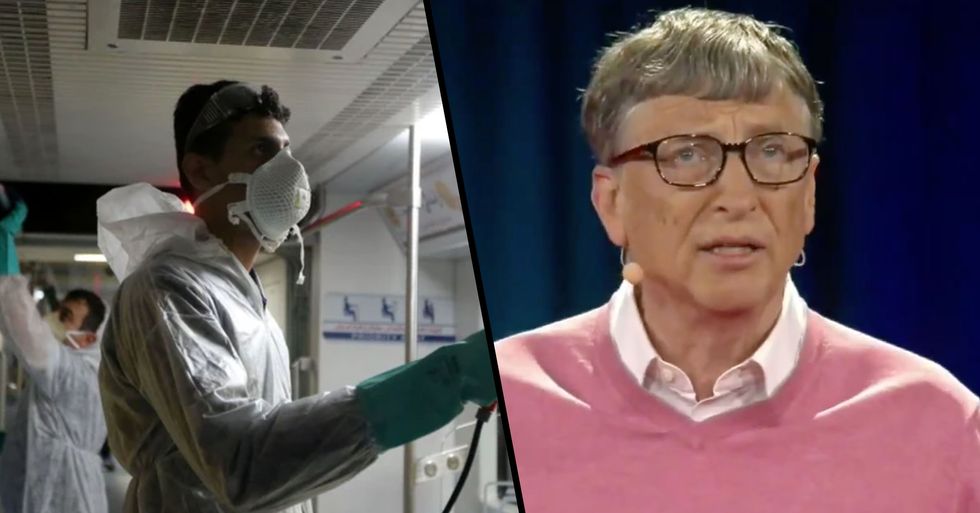 Hundreds of thousands are currently infected with the virus and it's safe to say that the entire world is in a mass panic.

But it seems that this deadly pandemic was predicted 5 years ago by the one and only Bill Gates.

News broke last week that world-famous actor Tom Hanks and his wife have tested positive for the coronavirus.

The sixty-three-year-old took to Instagram to reveal the news on Wednesday after the pair have been spending time in Australia for production of Baz Luhrmann’s untitled Elvis Presley movie, in which Hanks is playing Presley’s iconic manager Colonel Tom Parker.

This goes to show how the virus can affect anyone.

But it seems that this global pandemic was actually predicted a few years ago.

A video clip has been circling online...

Of the one and only Microsoft founder Bill Gates.

"When I was a kid, the disaster we worried about most was a nuclear war," he said in the presentation.

"Today, the greatest risk of global catastrophe doesn't look like this."

He then went on to show a picture of a virus, saying, "Instead, it'll look like this."

He spoke about how a highly infectious virus is way more likely to kill millions of people than a war. A big reason for that, he said, is because "we've actually invested very little in a system to stop an epidemic."

And in the years following Gates' presentation...

Things in fact got worse...

In the last 2 years, the U.S. slashed a lot of funding towards disease security programs.

Check out the video here...