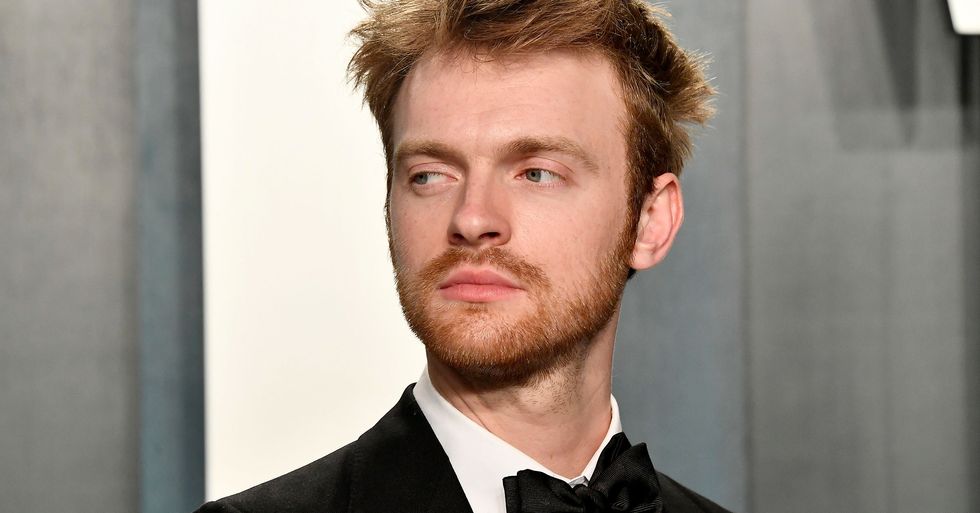 Billie Eilish is one of the youngest and most famous singers around right now.

The seventeen-year-old is hugely successful and it's very rare when she isn't making headlines, whether that's about her quirky music videos or her questionable fashion sense.

But people have been talking about the singer recently for a completely different reason.

Billie's brother, Finneas O'Connell, is dating model who looks weirdly like his sister.

Everybody is talking about Billie Eilish right now.

For those who didn't know, Billie Eilish is an insanely successful solo musician, known for tracks such as "Ocean Eyes", "Bad Guy", and her debut album When We All Fall Asleep, Where Do We Go?

Her debut album ranked at number 1 on the charts.

She's only eighteen-years-old, and it is estimated that she is already worth $6 million.

Billie was home-schooled and she didn’t really interact with kids her own age apart from her siblings until she started to make waves in the music scene, which has given her something of a unique outlook on the world.

She doesn’t dress like your typical eighteen-year-old-girl, that’s for sure and she's been known to rock some pretty wild outfits.

And her hairstyles have been pretty unique too...

Let's just say she really stands out from the crowd.

It gives her music a different sound too...

Many are pretty shocked that such a young person could create such hauntingly catchy tunes – and such suggestive lyrics.

She was born into a family of musicians and actors who influenced her...

Raised in Los Angeles, Billie was brought up around instruments such as the piano and the ukelele that her father would play, and her big brother was a musician himself.

Her big brother is Finneas O'Connell.

Finneas is an American songwriter, musician, and actor who is best known for his role as Alistar in the Fox TV series Glee.

Finneas is only twenty-one...

So he is yet another youngster who is already very successful.

Finneas and Billie are pretty close...

And they are frequently seen hanging out together at Award Ceremonies and sometimes even collaborating together.

But people are now questioning just how close they are...

Because his new girlfriend weirdly looks exactly like his sister and it's slightly creepy... Just slightly.

And it's really making some people feel uneasy.

You can barely even tell them apart!

It's uncanny, to say the least.

Some people have even made the idea into a meme!

This perfectly describes the situation.

However, others aren't finding this funny at all.

This user couldn't even tell them apart!

To be honest, in the picture, neither could I...

Others have come up with their own scenarios...

However, as you'll see if you keep scrolling, they have been in the same room together and I promise you, it's not been photoshopped.

ever since someone said billie eilish’s brother’s girlfriend resembles billie eilish i havent been able to unsee it
— juwi (@juwi)1564546583.0

It would be a particularly difficult game of "spot the difference", I'll tell you that for sure.

No need for google searches, we have all the evidence here...

Ladies and gentlemen, let me introduce you to Finneas' girlfriend...

Finneas has been with his girlfriend for over a year now.

Claudia Sulewski, who is twenty-three, works as a Youtuber and a model and it's not hard to see why.

It is slightly odd, right?

Claudia looks awfully familiar to Eilish fans... And they just can't get over it.

She does look like the spitting image of Billie.

Especially in photographs when Claudia isn't wearing much makeup.

Especially when they're sat right next to each other! Can you tell the difference?

And it does look a little creepy.

But any uploads posted by musician Finneas posing with Claudia now garner an onslaught of suggestive comments.

People keep thinking he's cuddling up to his own sister.

"I'm sick of seeing you with Claudia and thinking its Billie at first dawg," reads one while another social media user fired, "You must REALLY love your sister Bc you got a girl who looks like her twin."

Many cannot shake the fact that Claudia and Billie look like biological twins...

"Billie and Claudia literally look like biological twins forrrealll," reads one comment which has racked up over 3,000 likes.

But despite this global astonishment...

Finneas and Claudia seem happier than ever and, after all, they have been dating for over a year now so it must be pretty serious. To keep reading about Billie and co, keep scrolling to learn about how she didn't know who Van Halen was...