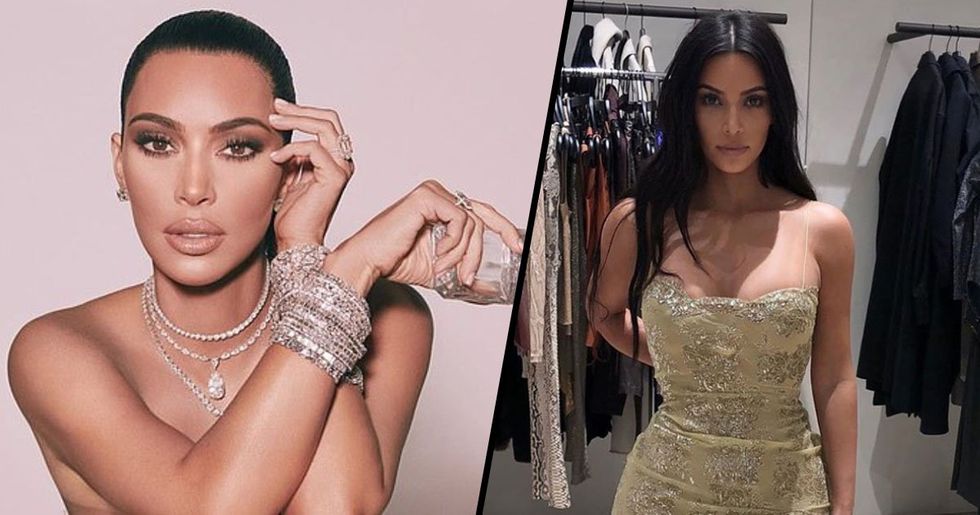 It's very rare when the Kardashians aren't in the news, and it seems that recently, anything said about the Kardashian/Jenner clan is somehow generated into breaking news.

But everyone remembers the breaking news of 2016 when Kim Kardashian was robbed at gunpoint during her visit to Paris.

$8.5 million worth of jewelry was stolen, and Kim was left traumatized from the terrifying incident.

Since suspects were charged with the robbery in 2018, the incident seems to have been put in the past... until now.

Fans seem to think that Kim's robbery was fake after she has been wearing a ring very similar to the one that was allegedly stolen.

The Kardashians are the queens of flaunting what they've got...

The family is worth a lot of money, with the youngest sibling Kylie Jenner being labeled as the "youngest self-made female billionaire" in history.

The family never holds back from showing off their wealth...

Kylie is the biggest culprit in showing off, with her posting and flaunting her lavish lifestyle daily on Instagram.

All of the Kardashians have an eye for fashion...

Whether that's beauty, designer labels, or million-dollar diamond rings, if it's expensive, a Kardashian will own it.

Kim is probably one of the most stylish women on this planet...

And she takes to her Instagram to show off her designer wardrobe daily.

Despite Kim looking incredible in her expensive garments...

This is something she was targeted for back in 2016.

She was staying in the 5-star Parisian hotel, L’Hotel de Pourtalès, when she was targeted by thieves with one thing in mind - her jewelry that is worth million dollars. This is the same jewelry that she flaunts regularly on social media.

The thieves had their eyes on the engagement ring she was given to by Kanye...

Kim returned to the celebrity hotel one evening without her bodyguard Pascal, who had stayed out in central Paris with Kendall and Kylie. This is when things turned ugly...

Kim had been targeted for weeks without her even knowing...

At approximately 2.30 am that evening, 5 men wearing ski masks and police uniforms entered the apartment block and threatened the concierge security at gunpoint, forcing access into Kim's apartment.

Kim was about to endure a terrifying ordeal...

TMZ reported that Kim was lying in bed with only her robe on when she heard boots pounding up the stairs of her 2-story apartment. It was also reported that Kim saw at least one masked man and another wearing a police hat through a sliding glass door. She knew something was amiss, so she rolled off the bed and tried dialing her bodyguard on her cell.

The intruders snatched her cell from her hands, however...

They zip-tied her hands with plastic handcuffs and duct-taped her to make the binding more secure. 2 of the men held a gun to Kim's head throughout the entire ordeal while she repeatedly begged them to release her.

The intruders placed Kim in the bathtub before they escaped.

They left the apartment with $8.5 million worth of Kim's jewelry.

But she was severely shaken up and was left traumatized after she strongly believed that she was going to be killed by the intruders.

She made her first Instagram post since the incident in January 2017, and she slowly began to speak out about her experience, including an episode of KUWTK that was based around Kim recovering.

Kim recalled the moment when she was gagged and tied up...

"I have a split second in my mind to make this quick decision, like, am I gonna run down the stairs, and, like, either be shot in the back," she said tearfully. "It makes me so upset to think about it, but, like, either they're gonna shoot me in the back or if I make it and they don't, if the elevator does not open in time, or the stairs are locked, then I'm f*****."

Kim has since begun to move on from the traumatizing incident...

Last year, a twenty-eight-year-old man was charged with armed robbery, criminal conspiracy, and holding Kim hostage in her own apartment. Kim has even acknowledged how she has grown and learned from the horrific situation, and she has certainly tightened security and has limited her valuables when traveling.

In typical Kardashian fashion, Kim has been working non-stop since the incident.

Last month, Kim announced a collaboration with sisters Khloe and Kourtney for KKW Fragrance, with a collection of 3 perfumes that are each matched specifically to each sister.

The fragrances are called Original, Oud and Citrus...

Kim, Khloe, and Kourtney have all posed for fresh images with their hair slicked back as they are dripping in millions of dollars worth of diamonds and jewelry.

But fans have noticed something rather familiar about Kim...

The ring on her hand is exactly the same one as the engagement ring that was stolen in the Paris robbery.

Fans were quick to point out the identical engagement ring...

"Of course it was faked how do you think she still wants attention. She has to compete with her husband," one Facebook user wrote, while another said, "Told ya'll it was a setup."

But these fans should think before they speak...

Fans have created drama for no reason at all.

The first one was the oval cut fifteen-carat oval design that he presented to Kim during his San Francisco proposal in 2013. The second one is a twenty-carat emerald cut diamond ring that was gifted in the summer of 2016 - the one that was stolen.

Is everything now clear?

The traumatic incident that Kim went through in 2016 was not at all staged, nor was it fake. To keep reading about Kim, continue scrolling to learn about her plans to hire only ex-inmates at her future law firm.