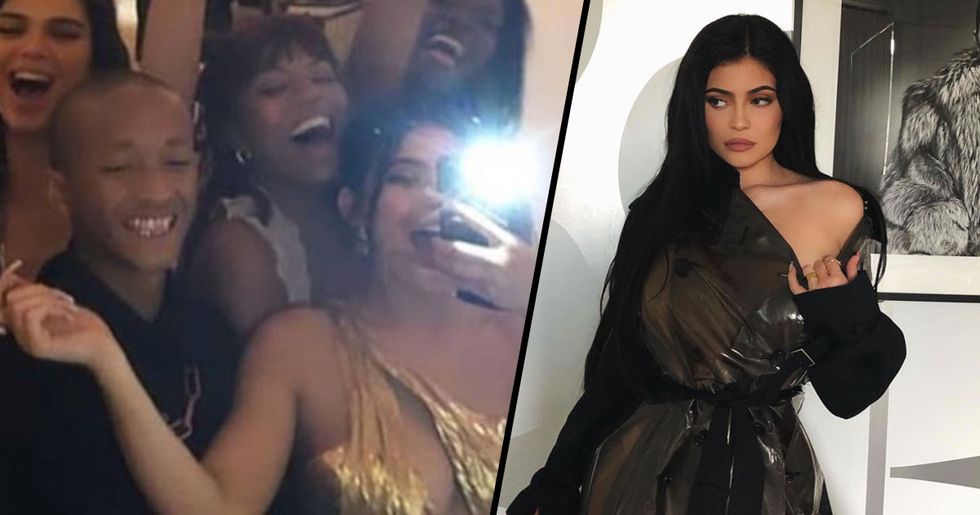 So much so, that the pair have reportedly called it quits after weeks of trying to make their relationship work. And now, it seems Jenner has already moved on...with no other than Jaden Smith, according to fans, that is.

Keep scrolling to get the latest update on the pair's split and the picture that's making everyone wonder if Jaden and Jenner are hooking up.

But, fans now think Jenner has already moved on...

And her new beau? Jaden Smith... at least that's what fans are saying after a questionable pic surfaced of the pair.

The rumors come after the 2 were in attendance at Justin Bieber and Hailey Baldwin's wedding over the weekend.

The pair were pictured dancing at the event together, and the image shows Jaden touching Kylie's butt.

It's important to note that Jaden and Kylie were reportedly an item before Kylie started dating Tyga in her teens.

Fans took to Twitter to circulate romance rumors between the pair.

Nothing gets past these fans.

People think the timing of Jenner's split with Scott is all too coincidental...

Fans seem to think it's a pretty big possibility that 2 could now be an item. ...Although they could also be 2 friends simply dancing at a wedding, who knows?

Whatever's going on, we hope Scott and Jenner manage to rekindle their romance, for Stormi's sake...

Either way, apparently, "they'll continue to co-parent, and will keep Stormi as their number 1 priority." As of now, the pair are also still following each other on Instagram, which is a good sign, right?