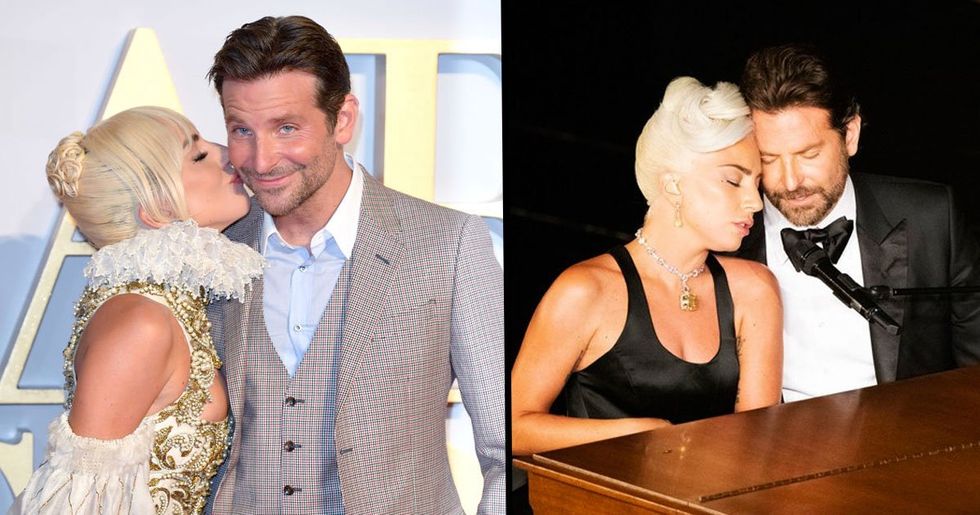 No matter what the scandal is, you can count on the internet to have an opinion, that's for sure. And today's latest celeb news is definitely no exception...

A Star is Born starring Bradley Cooper and Lady Gaga was a box office hit, nabbing several nominations and awards during a successful awards-season stint. But, ever since the love-story hit screens, fans have wanted to make A Star is Born an offscreen reality - rooting for Cooper and Gaga to couple up.

Fans have always noted their on-screen chemistry transferred to real life, too - especially after that Oscars performance, which caused quite the stir to say the least... but more on that later.

After reports came in today that Bradley Cooper and his supermodel girlfriend, Irina Shayk, have split, it hasn't taken long for the internet to go crazy -  spurring on even more speculation that Gaga will swoop in for a newly single Cooper.

So what does the good old internet have to say about the end of Cooper's relationship? We can't deny, some of the reactions are hilarious...

Actor, Bradley Cooper, and singer, Lady Gaga, starred as Ally and Jackson in the third remake of the hit film. If you haven't watched it (seriously, where have you been?), it follows rockstar, Jackson, as he discovers Ally while watching her perform “La Vie En Rose" (ironically, the same way that Cooper met Gaga) in a drag bar. The pair then develop a truly breathtaking romance, having us all invested in their evolving relationship.

Fans picked up on how Cooper looked at Gaga during their interviews and press events.

It was bad news for Cooper's relationship.

The pair took to the stage at The Oscars in February to perform the critically-acclaimed hit "Shallow" from their movie, but it was hard to ignore the chemistry between them. Cooper's girlfriend, Irina Shayk, looked on awkwardly as the pair had what fans are calling a "near kiss" moment.

The performance caused such a huge stir that Gaga had to speak out...

The star shut down the rumors between Cooper and herself while appearing on The Jimmy Kimmel Show the day after the performance.

But it seems that Gaga's dismissal of rumors simply wasn't enough for fans...

Now that Cooper and Shayk have reportedly called it quits on their relationship, many have been taking to Twitter to will the A Star is Born duo to get together. This fan threatened to never listen to "Shallow" again if the pair don't hook up...

Twitter has well and truly been going Gaga after the split.

Now, it seems like the internet is playing matchmaker...

So many fans seem desperate for a real-life Ally and Jackson get-together. But others have seen Cooper and Shayk's split as an opportunity for a good-quality meme.

And they just keep on coming in...

This one is particularly hilarious.

You can't help but laugh.

Though it's sad that Cooper's relationship has ended, it seems like fans just can't help but joke about him and Gaga.

Lady Gaga on the way to Bradley Cooper’s house after she heard he and his girlfriend broke up https://t.co/HYA8Sp6fqV
— Kristen (@Kristen)1559880885.0

Some reactions were more brutal than others...

This tweet definitely implied that Gaga had something to do with the split.

But not everyone saw the funny side...

A break-up isn't exactly a happy occasion (for the most part anyway), so its unsurprising that there's a lot of people who aren't happy with all the Lady Gaga jokes that are taking over Twitter today.

But, that's the internet for you...not everyone will agree.

Neither Gaga, Cooper or Shayk have commented on the split.

As all the drama comes to a head after Cooper and Shayk call it quits, where did their relationship problems start?

It's been a rollercoaster of a year for the pair...