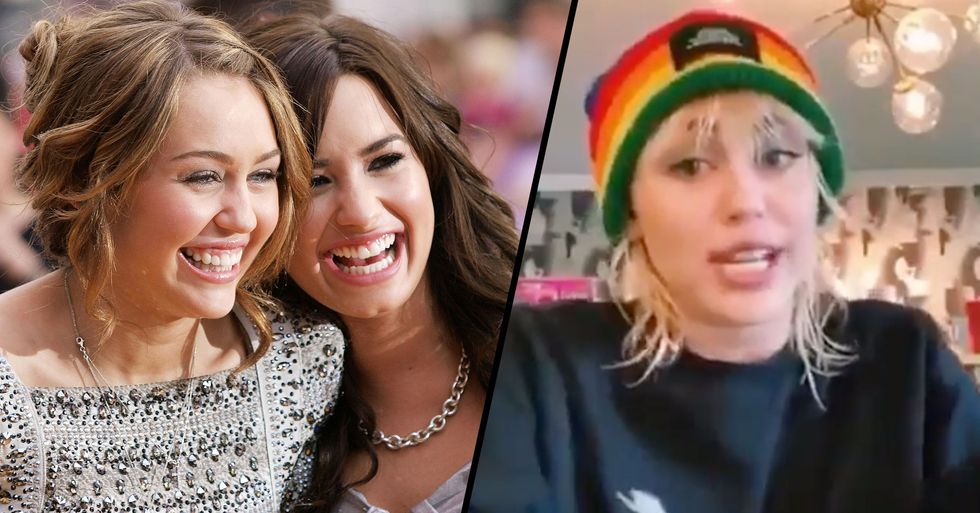 Miley had a whirlwind 2019. First, fans were freaking out after photos of the star looking worryingly skinny emerged. Then, Miley was caught making out with Cody Simpson. Then she confirmed that he is, in fact, her boyfriend. Then she was hospitalized with Cody rushing to her side, and she cut her hair into a mullet. And then the rumors started to circulate about pregnancy...

Keep scrolling for the tell-all clip...

Some people have even brought up the fact that 4 years ago, the 2 went out on a couple of dates...

She opened up with her new man in an Instagram Live video last year...

And then the latest Miley and Cody news?

Well, it seemed as though BF Cody Simpson had suggested some big news for the pair - of the baby variety...

And since then fans have been speculating on the possibility of a mini Cyrus.

But, Cody responded to the pregnancy rumors.

Speaking out to deny the rumors, Cody said: "Oh yeah! I've been pregnant for years apparently..."

"You've just got to take [the rumours] in your stride and what I try to do is focus on my work and what's important to me".

"For me, that's my work and my music," Cosmpolitan reported.

But it seems the latest twist in the tale is something we really weren't expecting...

This week, Miley appears to have confirmed that her and Demi Lovato have "hooked up" before. Keep scrolling for the clip...

Both Miley and Demi went onto Instagram live together yesterday...

And the topic of rumors that the pair had hooked up in their Disney days came up...

Their answer had fans going into full-blown meltdown.

People seem to really ship this pairing, too.

Others weren't even surprised by the revelation...

Seems some fans saw this coming a mile off.

Either-way, there's been some strong responses.

One user went as far as to hail the pair "iconic."

Miley Cyrus has recently landed herself in hot water with fans after canceling her bushfire relief concert. Keep scrolling for the full story, including the reasons behind the controversial move...