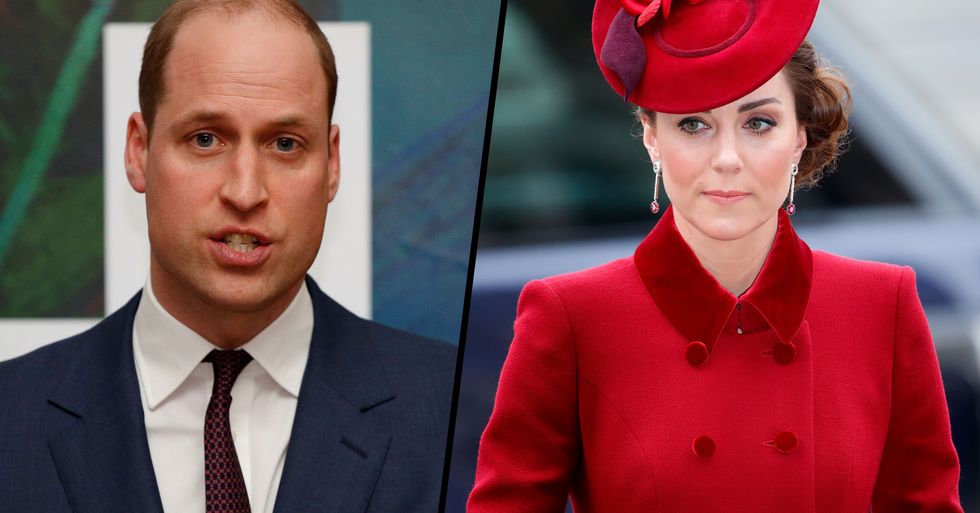 Prince William and Kate Middleton are never far from the headlines buy it seems like a new picture has really got people talking, with some thinking the royal couple has broken up.

So, it comes as no real surprise to hear that William recently went to extra lengths to please one of his fans.

On Tuesday, Wills and Kate embarked on their official royal visit to Ireland, which has been planned in an attempt to "focus on the relationship between the UK and Ireland."

Recently, the couple tried their hands at a spot of Hurling in Galway...

And enjoyed the occasional pint of Guinness. Because, when in Ireland...

But they also took some time out to meet members of the public along the way...

And this is when they crossed paths with Jennifer Malone.

Now, Jennifer Malone is an expert when it comes to meeting celebrities...

As last year she was able to meet Hugh Jackman at one of his concerts.

So, you can only imagine her excitement when the Duke of Cambridge visited her home town of County Kildare on Wednesday.

And he even posed for a series of photos with the young girl, which were posted to Twitter by her mom, Donna Malone.

But, by posing for the selfies with Jennifer...

Typically, royals aren't allowed to pose for photographs or sign autographs for members of the public...

But kind-hearted William decided to make an exception for Jennifer.

People have praised the Duke of Cambridge for taking the time out to take a selfie with Jennifer...

He truly is Diana's son.

But some have speculated that the royal couple could be headed for a split...

Well, it's all down to 1 photo, in particular. Keep scrolling to take a look.

The Duke and Duchess of Cambridge shared snaps of themselves working from home amid the coronavirus pandemic.

At first, fans were pretty excited to get a glimpse of the pair's offices.

They posted the pics along with this caption:

"Self-isolation and social distancing can pose huge challenges to our mental health — in recent weeks The Duke and Duchess of Cambridge have been in regular contact with organizations and patronages to understand the issues they are facing during this difficult time."

But people quickly noticed something unusual about the photo of Kate...

The Duchess can be seen talking on the phone to Catherine Roche, CEO of Place2Be. But something very important was missing...

Her diamond and sapphire engagement ring was notably missing from her finger.

She did, however, still wear her wedding band.

But of course, that didn't stop speculation rising about the status of their marriage.

There could be one big explanation for Kate's decision to ditch the ring.

And it actually makes a lot of sense.

According to People, the decision likely had something to do with handwashing to prevent the spread of COVID-19.

Previous studies have shown that germs can live under rings and can be easily missed while washing hands.

So, our guess is that the Duchess was just being careful. Although, some people are still convinced the pair have split. Interested in more news about the royal couple? Prince William recently spoke out about how he would react if any of his children were gay. Keep scrolling to find out more...