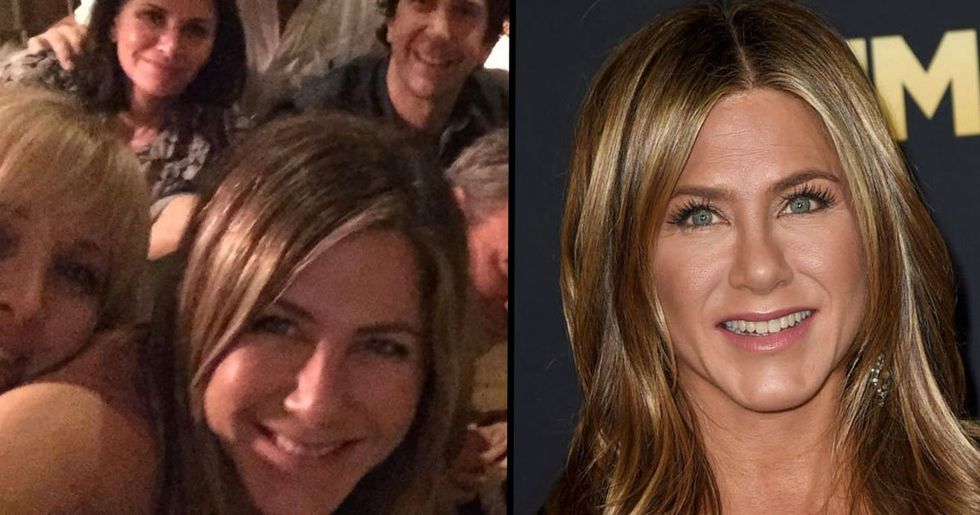 All cast members but Jen have had active Instagram accounts that constantly tease us eager followers with hints of a reunion, but the day finally came... Jen got an Instagram account. Fans, however, were quick to try and ruin the occasion by making some wild accusations, so keep scrolling to learn more...

A whole host of celebrities were excited by Jen's debut pic

David made the claim that he was actually there.

Kate Hudson was another to wish her well.

No beating around the bush from Ellen.

She was straight in there with a gag.

And my personal favorite.

But fans think the selfie has certainly hinted more than a Friends reunion...

Amongst the love online, fans think they've spotted something a little bit fishy about the selfie.

A fan tweeted their thoughts about the snap...

The lines of coke on top of the iphone in Jennifer Aniston’s first Instagram picture is one hell of a way to make y… https://t.co/F5wJGmhw3u
— paolette (@paolette)1571184478.0

And the tweet pointed out an apparent "white substance" on the back of an iPhone placed on the table.

They claim there appears to be white powder on the phone...

And fans have been losing their mind over the thought of the gang doing drugs behind the scenes.

It has instantly become a meme.

But not all fans are as convinced, with many suggesting that the phone case is patterned in that way or it's a mere reflection of the light shade above.

It is more than likely a reflection of light.

The friends all know better than illegal drug use, so let's please put the drug rumors to rest and start re-watching Friends... again!