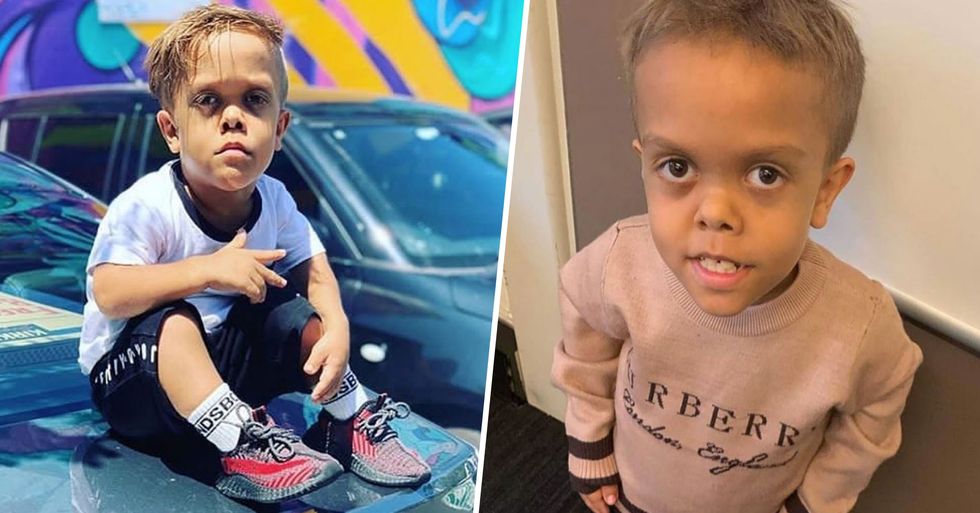 After a few months of silence, the family of bullied schoolboy Quaden Bayles has revealed that he has fallen ill with a mystery illness.

Keep scrolling to find out more and to see how the youngster is coping...

Earlier this year, the entire world was captivated by the story of Quaden Bayles.

The youngster who went viral for being bullied at school caused a lot of controversy with rumors surrounding his age and financial situation - which led him to address these rumors himself. But after a few months of silence, Quaden has fallen ill and fans are seriously worried.

But firstly, let's recap on the viral story...

Yarraka Bayles, who is from Brisbane, Australia, posted a video back in February where she showed the aftermath of a bullying incident that took place at her son's school.

His heartbroken mom said this:

The video has since been viewed over twenty million times, and the surge of support has been overwhelming for the family.

And many celebrities and sports stars alike were amongst those offering their support.

Tributes from celebs all over the world also began pouring in.

The generosity was astounding.

The youngster wanted to give some helpful advice to anyone else who might be sharing the same experiences as he did when the video was taken and he began speaking to local media.

This is what he said in his first interview...

But, despite all the love, a sick rumor was spread around the internet...

For some reason, people started claiming that Quaden was actually a rich and famous eighteen-year-old, who was just doing this for even more fame and money.

People thought his mom was in on it...

Many believed that the family was trying to exploit the kind hearts of the public - and "He's eighteen" even became the most top trending search on Twitter, along with some suspicious photographs of the youngster wearing designer clothes and posing with wads of cash... which are questionable, we must say.

Because we certainly don't! And it did pose the question as to whether Quaden is as young as his family has made out.

People claimed they had proof he was eighteen...

What can be more evidential than a passport?

Since Quaden's post, the heat has certainly cooled on the Bayles family...

And they have been keeping things fairly low-key on social media during the pandemic.

Quaden and his family now have a global fan base...

And fans have recently been left feeling worried for the youngster's well being.

Quaden's mom posted on social media last week that led fans to believe that the young boy had fallen ill.

She took to her Instagram story to share a video of her son excitedly opening gifts while he was "sick at home."

Of course, they were very lavish gifts.

"It's what I've been waiting for this whole time," he said while sitting on a couch in front of a large painting of his face. He then revealed a sports jersey sent by Trae Young, a basketball player for the Atlanta Hawkes.

He also received a Kevin Durant jersey of the Brooklyn Nets.

While the circumstances surrounding Quaden's health are unknown, Yarraka wrote in the caption that the gifts made him "feel a lot better."

Going by the video, Quaden seems to be in good spirits...

But this hasn't stopped fans feeling worried about the youngster.

Even though there are still messages of hate out there...

So many fans have been sending in their good wishes, such as one Facebook user writing: "Those heartless people who laugh about this heartbreaking news, shame on you!"

Regardless of the circumstances...