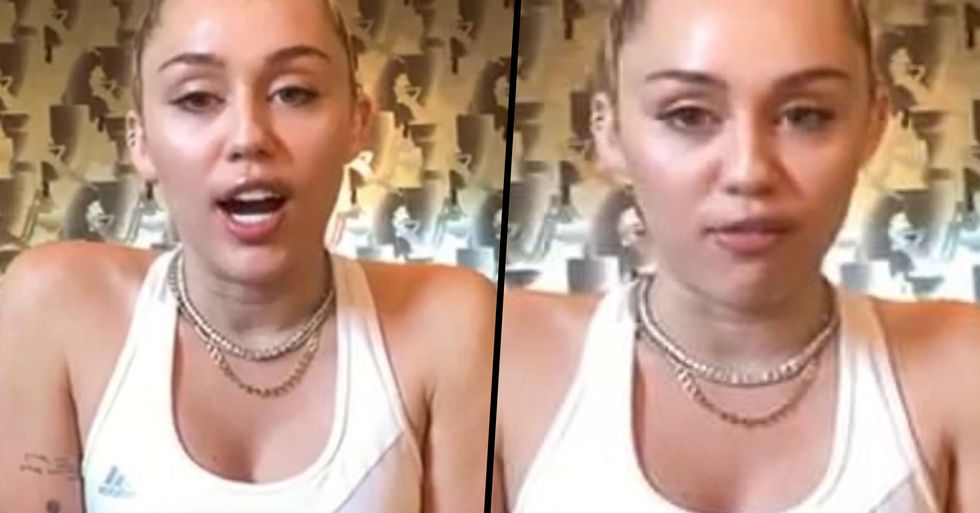 Miley had sure had a tough couple of months and after those pics surfaced, Twitter was concerned, to say the least.

"It breaks my heart seeing my baby at the hospital. Feel better soon MC," one Twitter-user wrote, while another wrote: "Miley Cyrus in a hospital bed sick gives me anxiety pray for baby girl! Wish her all the best!" But her most recent post was the one that really had fans worried..

Miley was said to have been hospitalized after falling ill with tonsillitis.

Recently, Miley has been suggesting other exciting news...

BF Cody Simpson has suggested some big news for the pair - of the baby variety...

And we're very excited to see what happens next!

But it seems kids are firmly on hold thanks to the current coronavirus pandemic. And Miley took to Instagram to talk fans through how she's coping (clue: not well). In an Instagram interview with Zane Lowe of Apple Music, she spoke out.

"I have really crazy OCD."

"I miss that human connection. I miss opening the door for somewhere and having the door open for me."

"But when it comes to communication and connection, I've been more connected from the social distancing perspective in isolation quarantine than I have actually outside in the world, and I want to take all of these philosophies that I'm learning inside my house outside of my house when it's safe to do so." Fancy more Miley controversy? Scroll on for her latest (and slightly strange) haircut choice.