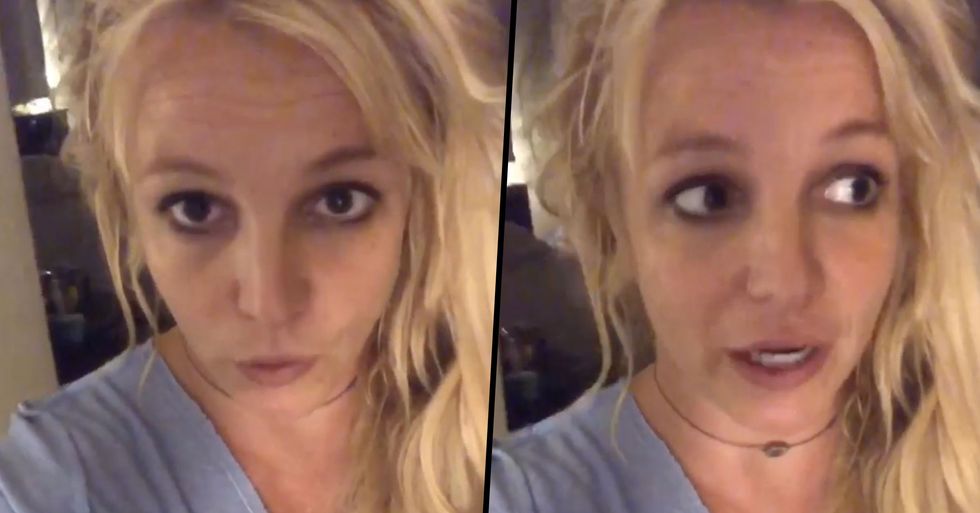 Fans are yet again expressing concern for Britney Spears after she posted a bizarre video for the first time in months...

It's been a rough couple of weeks for Britney Spears...

And there's no denying that fans are feeling very worried about the troubled pop star.

Since the reports surfaced that Britney wanted to remove her controlling father as her sole conservator...

The #FreeBritney campaign has been kicking off worldwide and fans have been demanding justice for the singer.

Britney has held her silence in the last few weeks...

But now, yet another troubling video has been posted by the singer... leaving fans seriously concerned.

It was reported last month that she no longer wants her dad to be in control of her conservatorship.

"We are now at a point where the conservatorship must be changed substantially in order to reflect the major changes in her current lifestyle and her stated wishes." But this sadly won't be an easy journey for Britney as Ingham told the court that he believes Jamie will "aggressively" contest the changes requested by his client.

Fans continue to worry about the singer's wellbeing...

And her first Instagram story in months sparked a lot of concern.

Britney took to her Instagram Story earlier this week to advertise "Project Rose."

"People have been saying that a lot of my posts are not new - but they're old - but just to let you guys know none of my pictures or posts are more than a month old," she started by explaining.

She went on to admit that she did wear the same top "seventeen times."

"But its for a project! Project Rose... And you will be seeing way more of Project Rose in the future."

Fans were left feeling uneasy, to say the least...

And they flocked to Twitter to express their concerns over the "hidden meaning" behind Britney's bizarre message - with some fans even suggesting her message is in relation to an organization that prevents human trafficking.

@BritneyHiatus This is very interesting. She has just told everybody that #FreeBritney is not just a conspiracy the… https://t.co/jPxVJI6ToE
— moi moi (@moi moi)1599600572.0

@BritneyHiatus Anyone notice how she looks messed up here like her eyes are moving looking for someone like she is… https://t.co/dTRXQPz6LL
— Brodyspook2 (@Brodyspook2)1599626673.0

Here's the video in question:

We hope Britney is okay, and we wish her the best of luck in her lawsuit against her father.