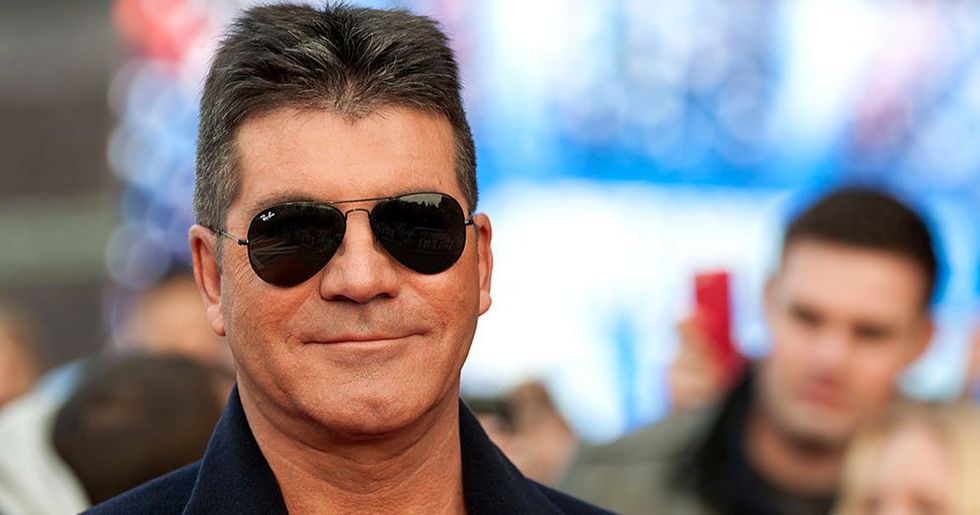 We understand that, for people in Hollywood, there's a ton of pressure to look a certain way. With your entire appearance constantly scrutinized by the public, it can be easy to cave to societal pressures. But, sometimes, trying to look "good for your age" can actually look, well, kinda bad. And the latest celeb to fall victim to this phenomenon? Talent show bad boy, Simon Cowell.

He's always been partial to the odd cosmetic procedure (just check out his Day-Glo teeth). Earlier this year, Simon Cowell went further with his transformation - and the internet had an absolute field day.

But his latest TV appearance has many thinking that his new look isn't quite so funny.

But this weekend, people have noticed something strange.

Cowell appeared on the latest edition of Celebrity X Factor as a judge - and viewers noticed he was looking less than on top form.

In the episode, Cowell was hanging out as his Malibu mansion.

But rather than focusing on the various contestants, viewers couldn't take their eyes off something else.

He's been looking a little odd for a while - but things seem to have escalated to a frankly frightening level.

And it hasn't gone unnoticed.

Many took to social media to voice their concerns over Cowell's deteriorating appearance.

He's been looking a little strange for a while.

Alongside his terrifying and inhuman teeth, he's also lost a lot of weight in a very short space of time.

Some have even compared him to a waxwork figure of himself.

Others are feeling worried.

This level of rapid weight loss and change of facial appearance could be the signal of something more sinister.

It's not just his appearance, either.

Other viewers pointed out that Cowell's voice also seemed to have changed, and that he was struggling to get his words out.

He generally seemed to have an ill demeanor.

Celebrity Xfactor. Not my thing but wifey said she NEEDS to watch. Crap singers etc but the point of this is, is Si… https://t.co/6VGNlV37HI
— Lee McLoughlin (@Lee McLoughlin)1570913674.0

Overall, people are just hoping to see an improvement in his wellbeing.

Look after yourself, Simon! And for more Simon Cowell content, keep scrolling.